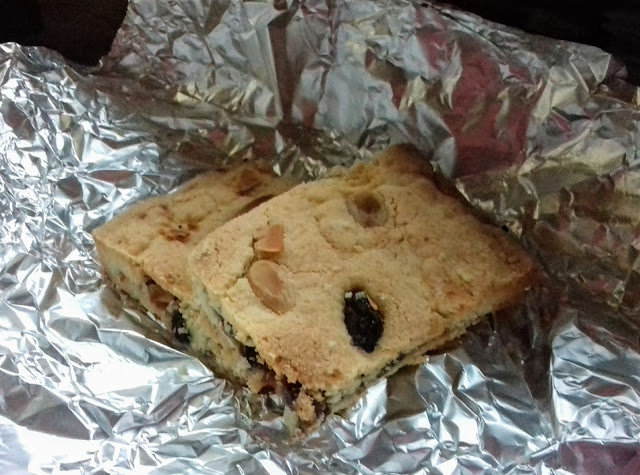 I'm going to put the shortbread recipe here for those who have asked me for it (and it's also useful for me to have my favourite recipes in one place). It's handy for using up any mincemeat left over from Christmas, and it's also great as an alternative for anyone who finds making mince pies a bit of a faff.


These quantities were just right for me to be able to use up a half jar of mincemeat to which, of course, I added a small amount of brandy. 😊

To make the shortbread you will need : 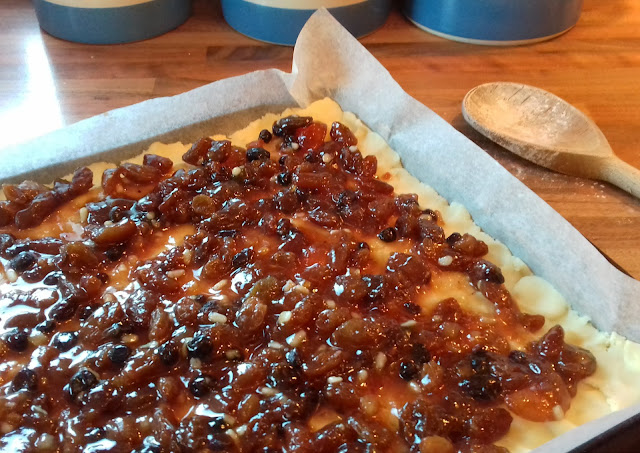 It's quite straightforward. Just put all the ingredients in a bowl and work together to make a sticky dough. Line a tin with baking paper and push down one half of the dough to cover the base.
Spread with the mincemeat leaving a small gap around the edge.
Between two sheets of baking paper roll out the rest of the mixture then use this to cover the mincemeat, pushing down with your fingers to seal the edges. Don't worry if the dough breaks or tears as it can be patched up quite easily. 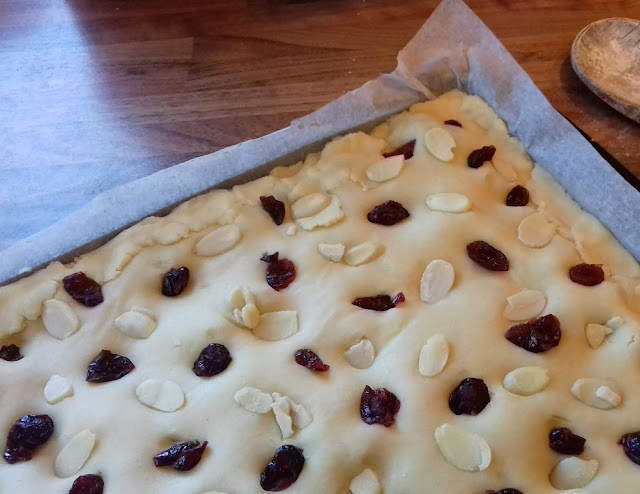 Before putting in the oven I also covered mine with some dried cranberries and flaked almonds.

Bake at 150° for around 40 minutes or until golden brown. Allow to cool then cut into slices.
J. X