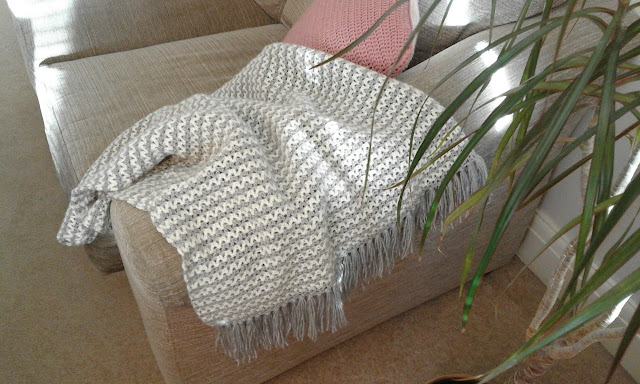 On this cold and icy morning I thought I would take a moment and share with you my v-stitch blanket which I finally finished this week. Although I say 'finally,' it has probably been the easiest and fastest blanket I have worked so far. I had never tried working the v-stitch before so I am really quite happy with how it turned out.
The yarn I used is a wool/acrylic blend which is a perfect compromise for me as it makes for a very cosy blanket and yet can be thrown in the washing machine with little worry.
Instead of a border I finished it off with some fringing. 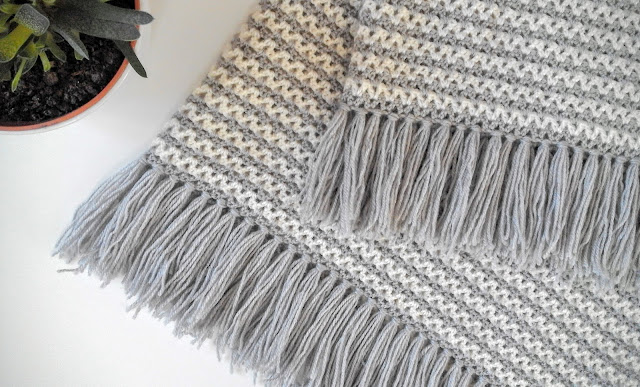 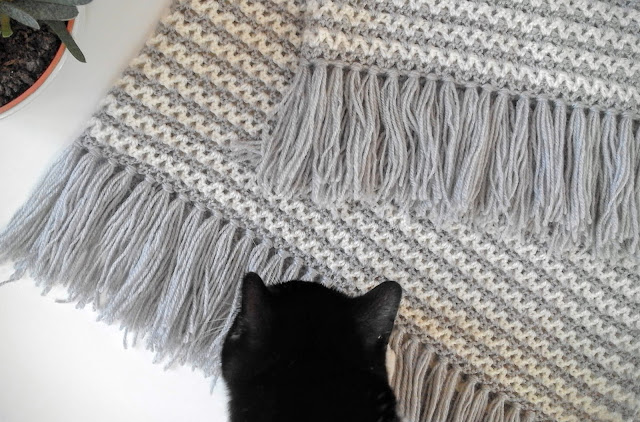 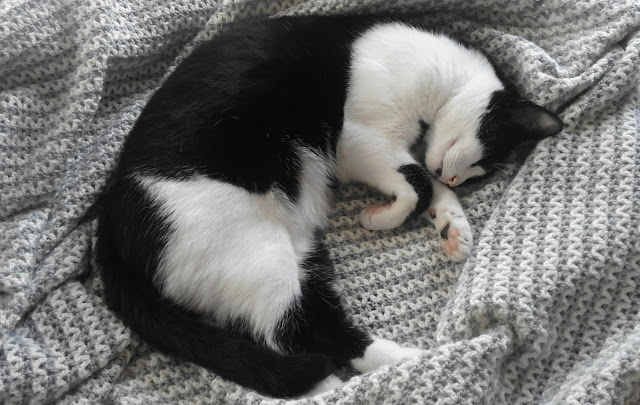 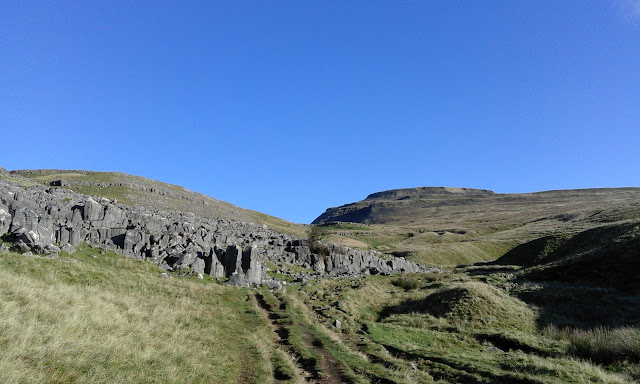 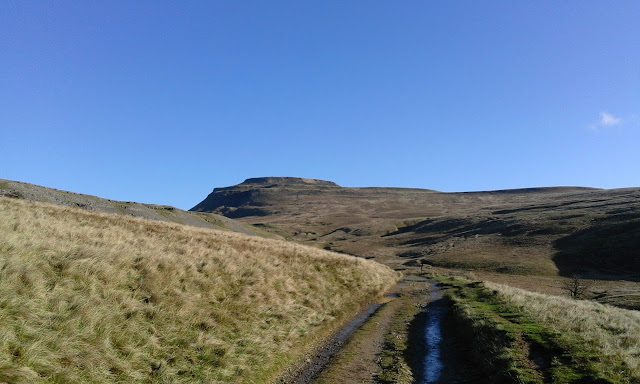 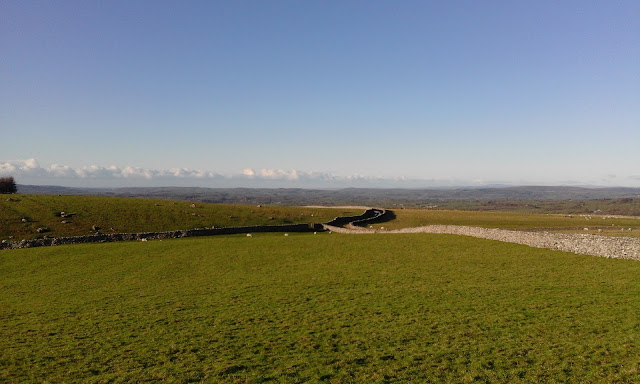 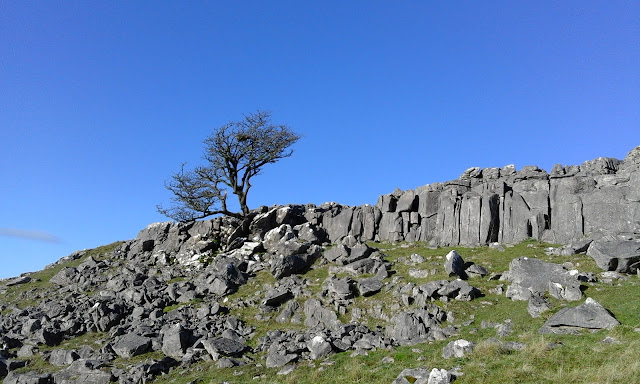 November days can often be grey, dull and gloomy but recently we have been fortunate enough to enjoy some beautiful sunshine. Even better is that these sunny days have fallen on the weekends when we have been able to seize the opportunity to get out.
Last week we walked up Ingleborough in the Yorkshire Dales. As it was a beautifully clear day there were amazing views right out towards the sea. There were a few fell runners on the mountain and one even challenged Lily to a short race! Of course she was up for it and gave it her all.
It was a long but (fairly) easy climb to the summit but we didn't spend very long up there as it was sooo windy! We hastily ate our lunch in the wind shelter and retraced our steps back down the mountain. 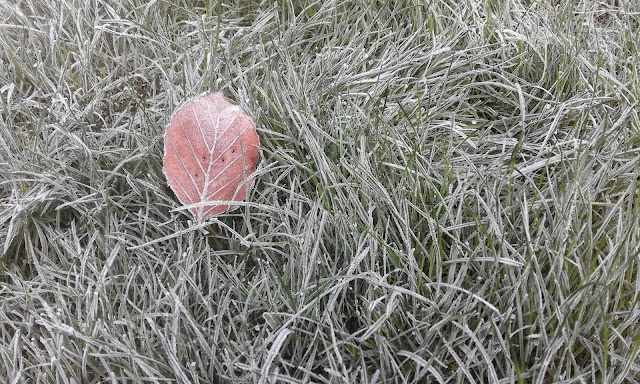 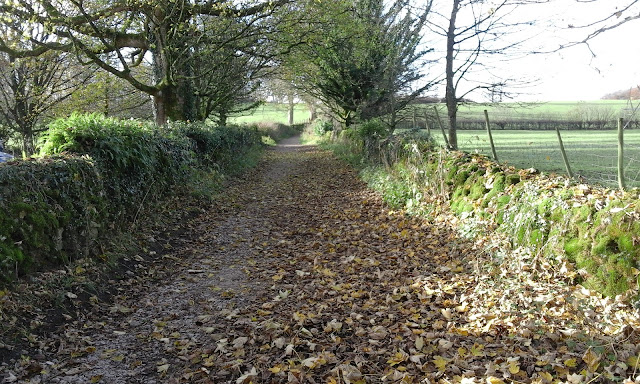 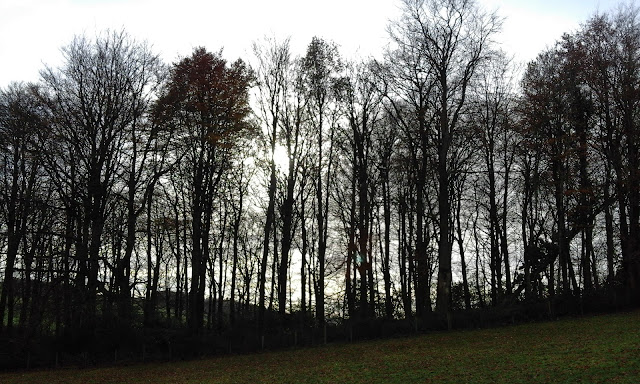 This weekend's walk was closer to home. We went through the fields and up towards one of our favourite viewpoints overlooking the mountains. It was a beautiful frosty morning and named 'ice day' by Lily who was fascinated by the frozen puddles. There are now more leaves on the ground than on the trees, their dark silhouettes contrasting against the brightness of the sky.
Wintry weather is creeping in now and I'm wearing my woolly jumpers on a daily basis with scarves and mittens within easy reach for those colder mornings. I'm not good with cold weather and always have to wrap up well.
Yesterday I treated myself to my first mince pie of the season and this week, once I've finished making my sofa throw, I will begin my festive planning. Yes! It's getting close to that time of year again. Who's ready?
J. X
Posted by Jules at 12:12 34 comments: 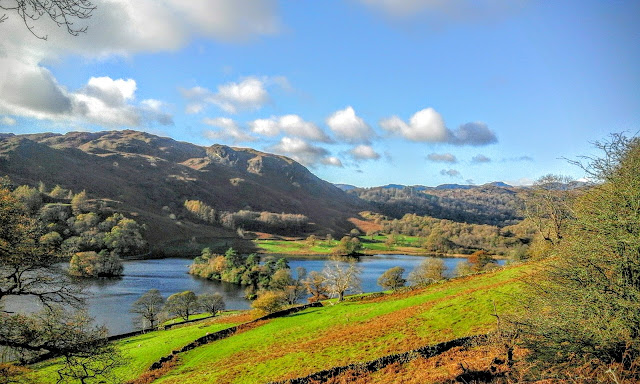 Last Sunday morning dawned bright and clear. A light frost, blue sky and a sharp chill in the air. My favourite kind of Autumn day.
We had an early start as we were headed for an easily accessible, and therefore, very popular part of the Lakes which is far better enjoyed before the crowds descend. Having packed a rucksack and prepared a packed lunch the evening before, we were out of the house nice and early, delayed slightly only in order to defrost the car. 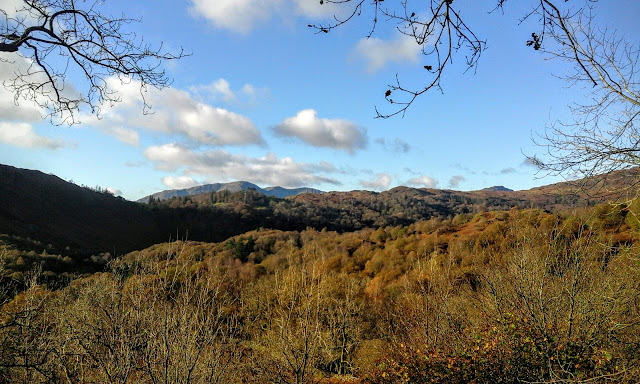 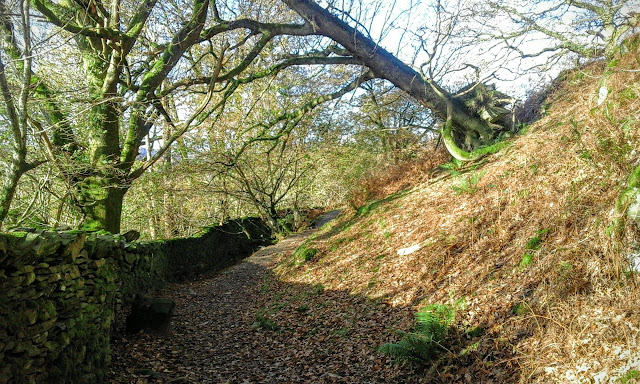 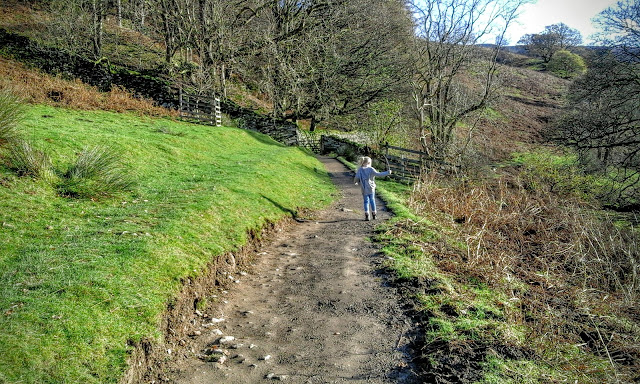 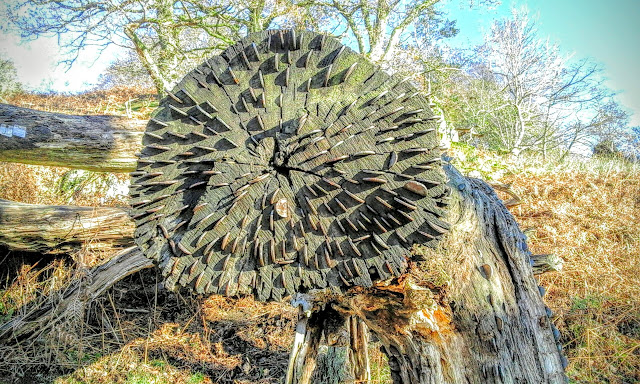 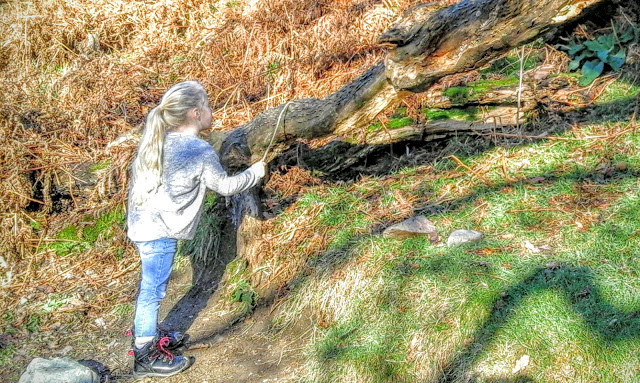 The early start was definitely worthwhile, however, and we enjoyed the first half of our walk in peaceful surroundings. Having initially walked up a steep incline, we soon warmed up and  were rewarded with stunning views of the landscape awash with Autumn colour. Lily was fascinated by the wishing tree to the edge of the path. Coins are wedged into the bark of the fallen trunk by passers by in the belief it will bring them good fortune. They are becoming a common sight on many walks. Our pathway continued along the hillside, parallel to the road down below, eventually dropping down once again to pass along the lake shore. 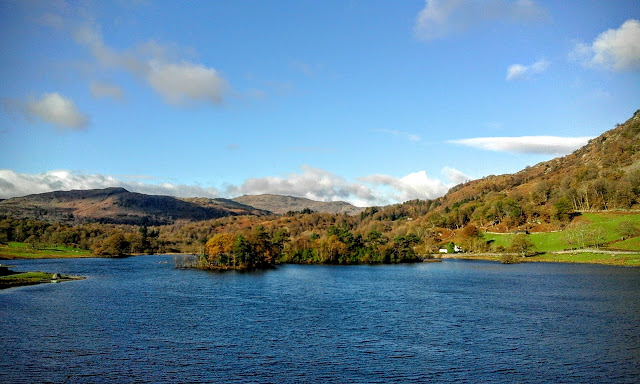 After a brief stop to eat our lunch - it was far too cold to sit around for very long - we made our way to a favourite café for a much needed warming drink. My choice at this time of year is hot apple and cinnamon cordial - delicious! 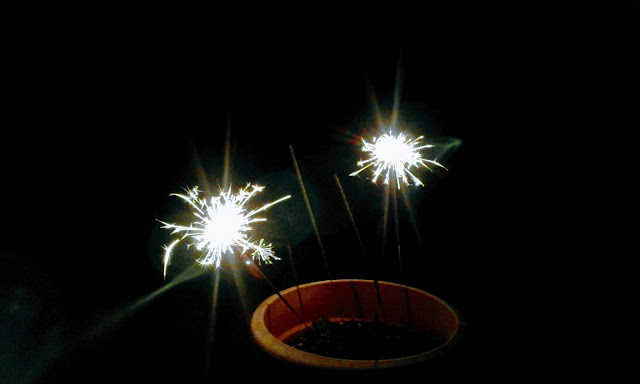 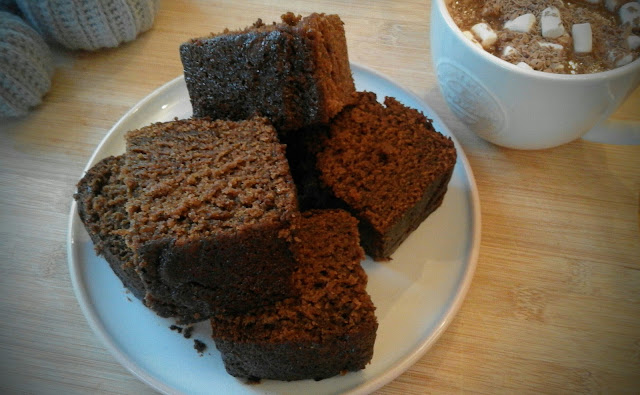 Following the morning's activities, we spent the afternoon pottering and relaxing at home before going back out again in the evening to watch the fireworks. Lily doesn't really like loud noises so we watched from a 'safe' distance. Blimey! It was cold. I was glad we were well wrapped up and thankfully, as the display was quite small we were not out for very long.
Returning home we enjoyed some Sticky Ginger Cake (I always have to make this for Bonfire Night) and lit some sparklers in the garden. Lily was too wary to hold hers so I put them in one of the garden pots!

Sieve the dry ingredients, then rub in the butter.
Melt together the syrup, treacle, sugar and milk.
Mix together and add the beaten egg. Pour into a loaf tin (the mixture is quite runny) and bake at 140 for around 50 minutes.