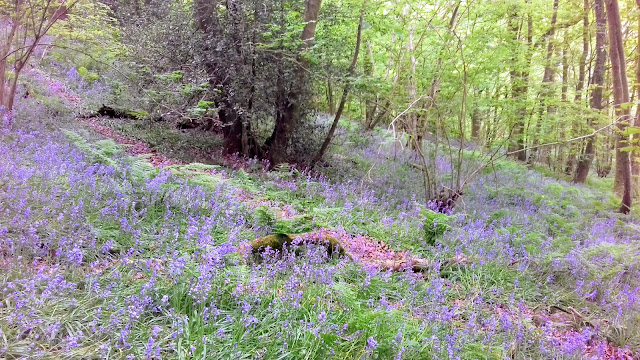 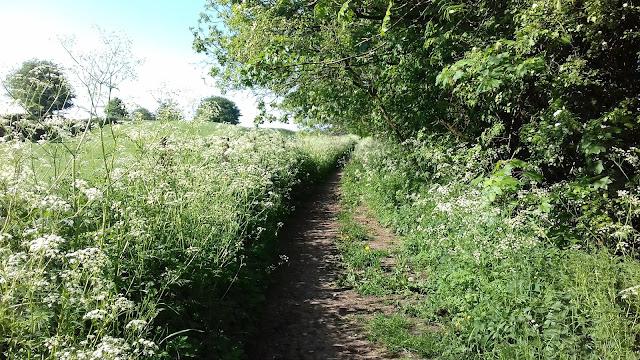 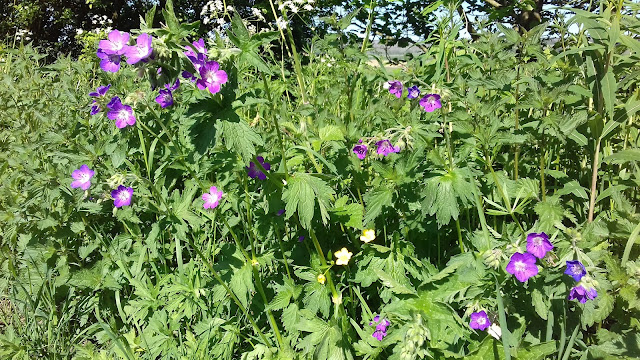 The month of May usually brings with it a good few days of decent weather, but this year has proved to be exceptional, with some particularly sunny, dry and warm days. In fact, to use Lily's current favourite phrase it's been 'pretty awesome!'

It has meant we've been living life outdoors and  enjoyed some lovely walks, with our evenings mostly spent sat out in the garden. For now, at least, the paddling pool appears to be a permanent fixture on the lawn and sun cream has become a part of our daily routine.
The delightful melody of the dawn chorus through the open window makes for a far more gentle start to the day than my alarm clock even if a 4am start is a little too early for me. It can be a chance to get a few chores out of the way before the day properly begins. There is a wonderful, heady, sweet scent in the air you can almost taste, an abundance of butterflies and bees going about their business and the pathways are slowly disappearing underneath the blossoming wild flowers. It's been glorious and I've been soaking it all up. Life feels so much better with a bit of sunshine.

Last week, Lily's class took part in a forest school in some nearby woodland. A letter arrived home explaining this new 'Scandinavian concept of learning' and I had to laugh. We had trips out to the same woods when I was at the school. There was nothing Scandinavian about it then, we were just having a lesson outdoors. The children all had a great time, however, and following a (very) short learning session and picnic lunch they were allowed to do their own thing, as long as they remained within the marked boundaries. Dens were made, trees swung from and children got dirty. It was great to see them enjoy a bit more freedom than is allowed in the school playground and the delight on their faces when they discovered some blackbird eggs in a nest. These particular woods are full of bluebells and although they are beginning to go over now, the colour was still stunning. 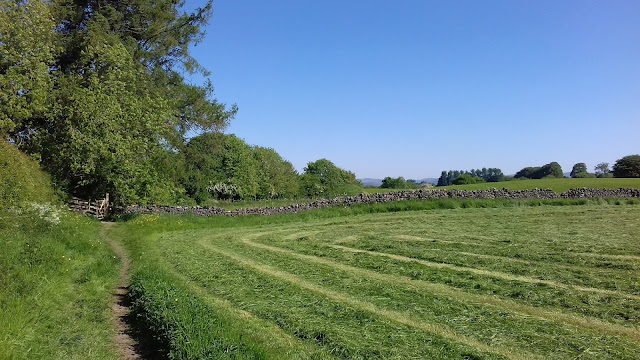 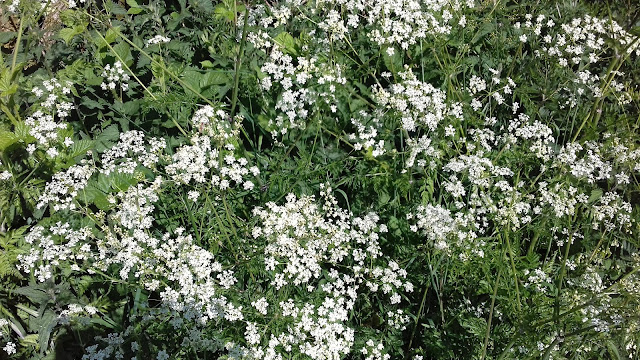 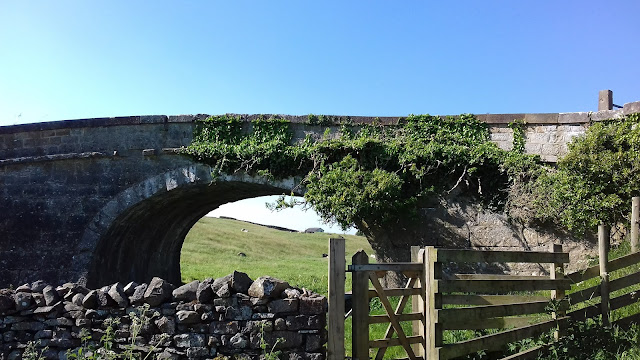 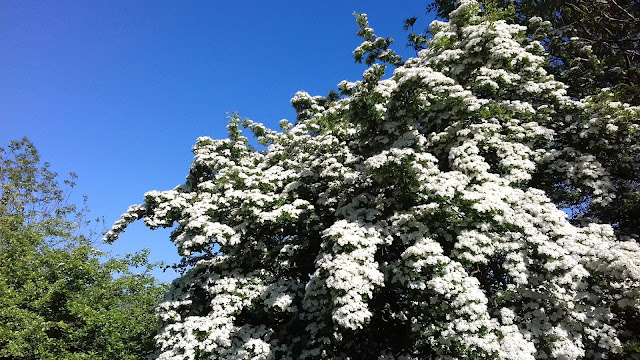 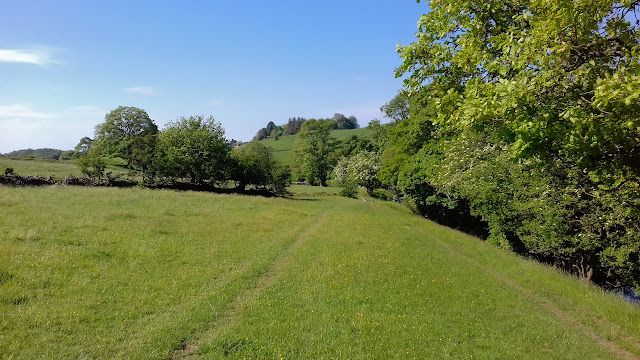 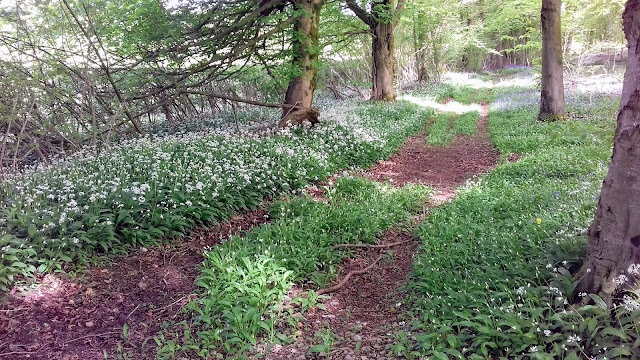 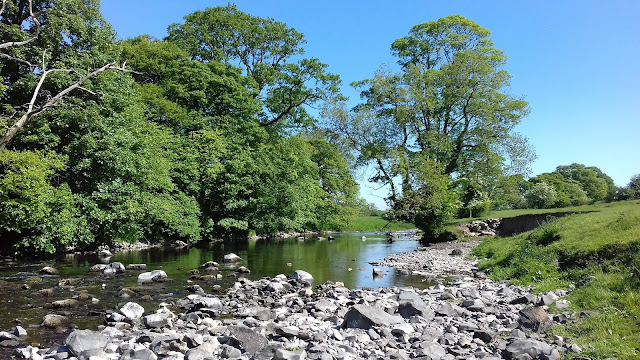 School sports day was held this week. I didn't really know what to expect as a lot of schools don't really embrace competition these days, but it was a really lovely event. A mixture of team games and competitive races with the children cheered on by family members. Picnic lunches were enjoyed on the school field and, of course, the weather couldn't have been more perfect. And my girl? She came first in the sprint and the sack race. Hurray! Not that she cared. She was more excited that she was given a sticker. Oh, to be five years old.
Yes, five! Lily celebrated her birthday this month. I have no idea where those five years have gone, but my baby girl is growing up. Following the excitement of the balloon discovery, the following day we went to Inflatanation in Manchester and the evening of the day itself was spent playing in the garden with her friend. She was thrilled with her new bike and has been out on it every day. Of course, Lily requested her favourite chocolate brownie cake with a Smartie topping, just like in previous years. 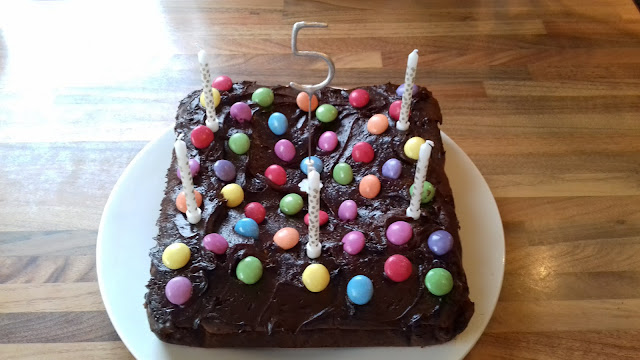 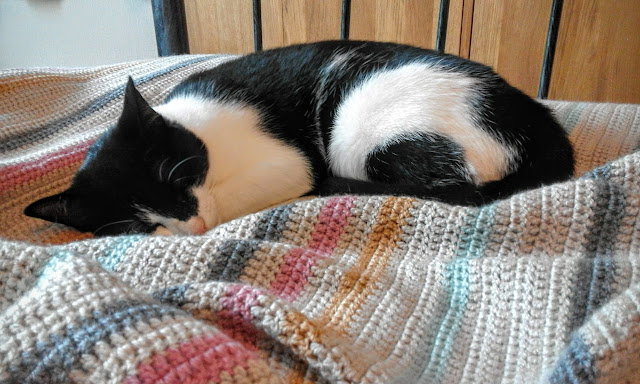 Yesterday was horrible for me. Mog went missing!
With  the brighter weather she spends more time outside and on Wednesday evening she went out as usual and I expected to hear her return through the cat flap during the night but she didn't. She didn't return the following morning either, nor when I returned from work later that day. I checked her usual sleeping places, her food was still untouched and I began to worry. I know cats can disappear for long periods but Mog is usually to be seen somewhere around and I know she doesn't wander much further than the field behind the house - mice!  After school, I took Lily swimming and hoped I had been worrying for nothing, that she would be home when we returned, but sadly still there was no sign of her. The house felt empty and I became despondent. I went to bed really early but couldn't fall asleep, feeling guilty at how I get angry at her when she wakes me during the night by nudging me and purring in my ear, desperately wishing she would be there to irritate me now.
Suddenly at 10.59 (I checked!) the sound I'd  been longing  for. The click of the cat flap! The relief, thank goodness. I dashed downstairs to make sure she was OK. Had something horrible happened to her? Was she hurt? No! She took one glance at me as if to say 'what's your problem?' then turned to eat her food.
J. X