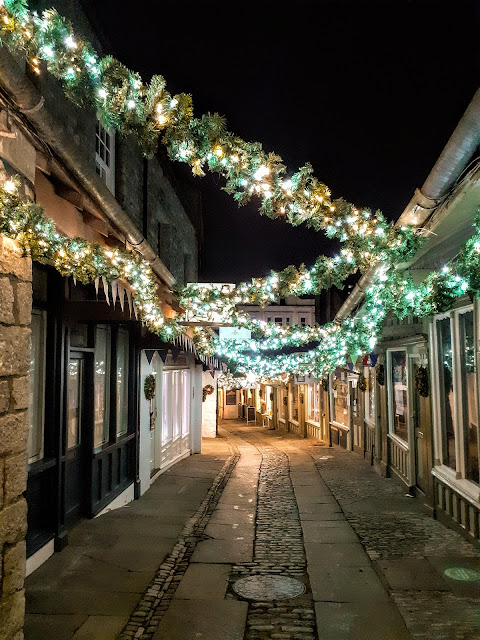 I won't be long out of bed. Waking up at 4am has made for a long day and now I'm feeling tired. I'm not complaining, however, as there is a general feeling of anticipation and excitement creeping in at work. I've also very nearly completed my Christmas shopping.

As is always the way in this house, Friday night is pizza night. I make no apologies for this, as it is my one night off from cooking at the end of a busy working week. Usually I would also put my feet up and have a well earned rest but instead, this evening we wrapped up warmly and took a trip out to see the Christmas lights. It was bitterly cold outside and the gritters had already been out earlier in the evening. I expect the roads will be sketchy in the morning. 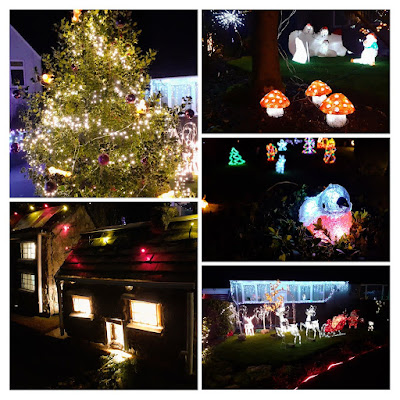 First we drove out to a local charity display which takes place every year, raising money for a good cause. So many different decorations and clearly a lot of time and effort had gone into the arrangements. My favourites were some little model houses. They were so cute, I could have happily moved right in. 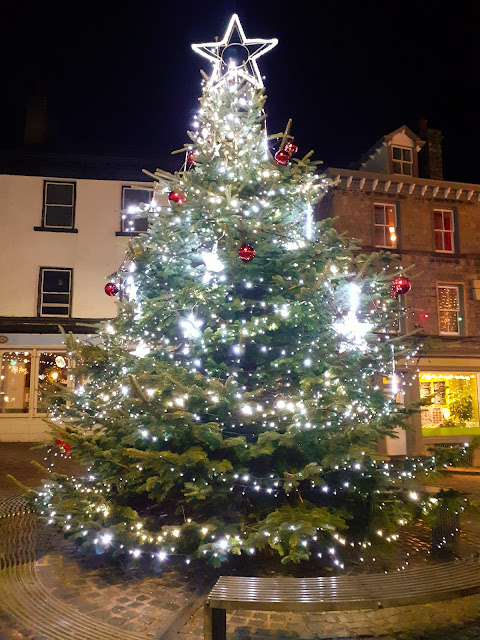 Then from there we drove on into the town, stopping off several times along the way to drop off some Christmas cards for friends. The lights there looked so beautiful, especially the main tree, which was actually a replacement, the original one having been damaged in the recent storms.

Over the weekend I intend to make a start on wrapping my presents. I have the remainder of my cards to write, some of which will need to be hand delivered, and then I need to strain my spiced  blackberry vodka, which I had almost forgotten about. There is plenty to keep me occupied, and who knows, I might even bake some mince pies.