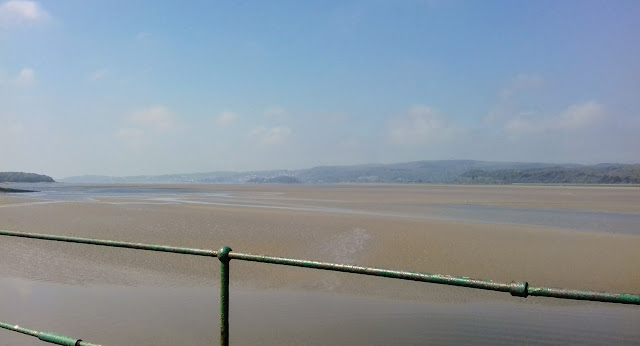 I don't know if it was the same for everyone, but the weather here last weekend was simply glorious. It was such an unexpected surprise, as predictably for a Bank Holiday weekend, the original forecast for us wasn't great. And doesn't some sunshine make all the difference? We spent most of every day outside having fun, and it was for the very first time that I could see Lily's disappointment at the thought of having to return to school on Tuesday morning. We had such a relaxing time we could be forgiven for thinking we were on holiday. 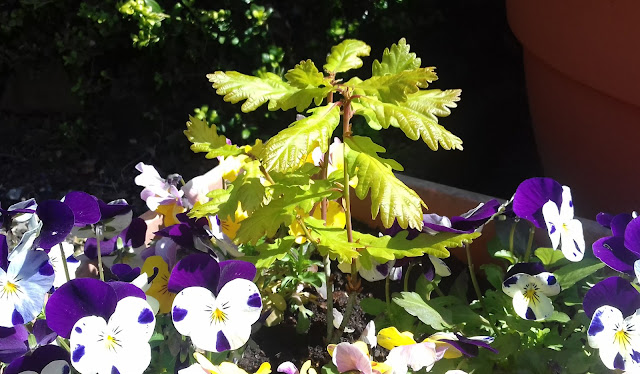 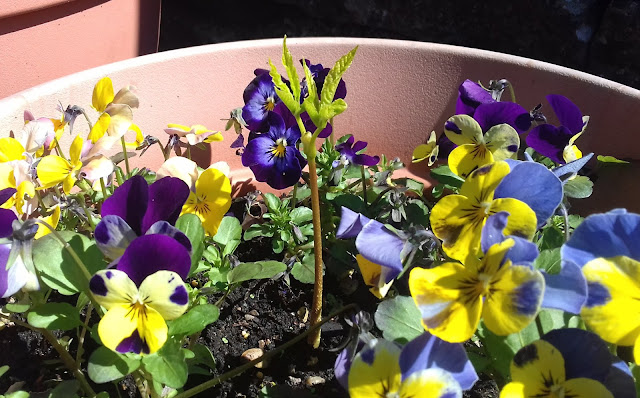 On Saturday Lily was at a party for a couple of hours , so while she was being entertained it was fish and chips by the beach for me. They are not something I eat very often but accompanied by some fresh sea air and eaten with one of those little wooden forks they are so delicious.
The rest of the day was spent in the garden.  The vegetables don't appear to be making much progress but the same cannot be said of our little trees! The Oak tree and Horse Chestnut are coming on a treat with the warmer weather. These were grown from an acorn and a conker we picked up on our walks so I do hope they continue to grow and thrive. 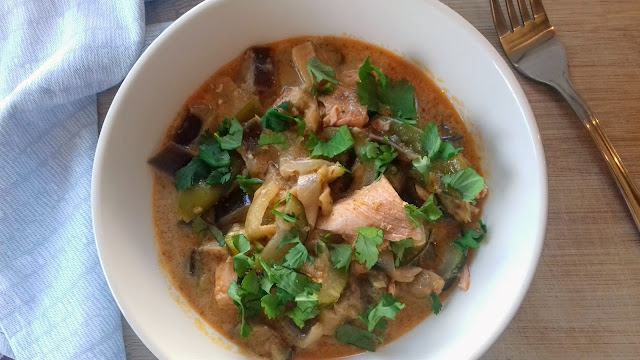 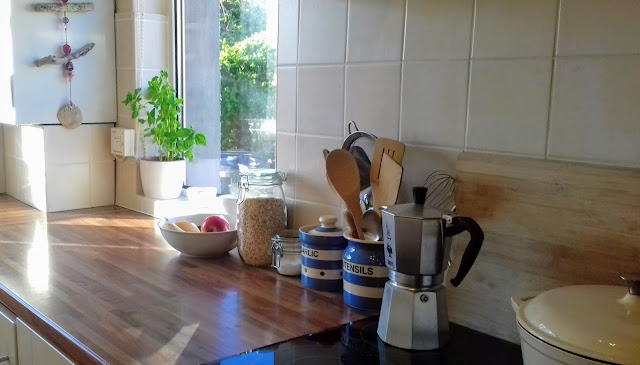 Dinner that evening was leftover Thai fish curry from the previous night. This meant, very little work for me, and therefore, a tidy kitchen. Being such a small space it looks so much lighter and brighter in there with the evening sunshine. 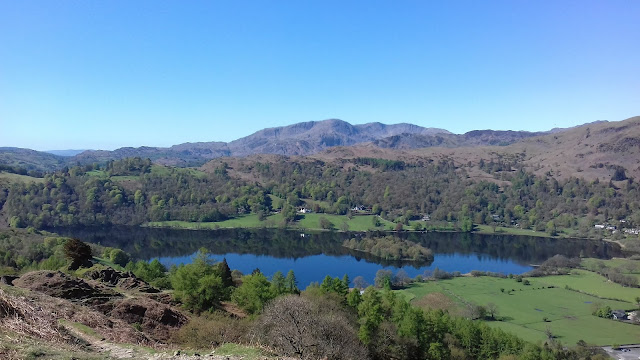 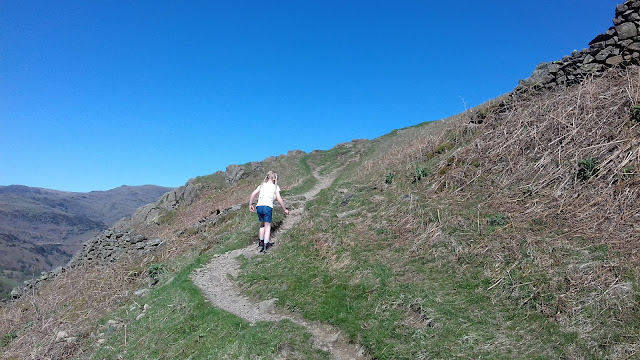 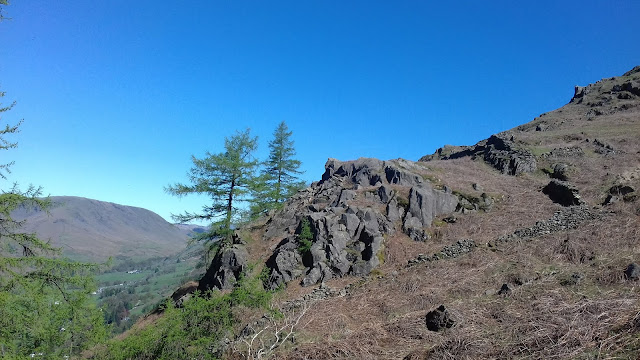 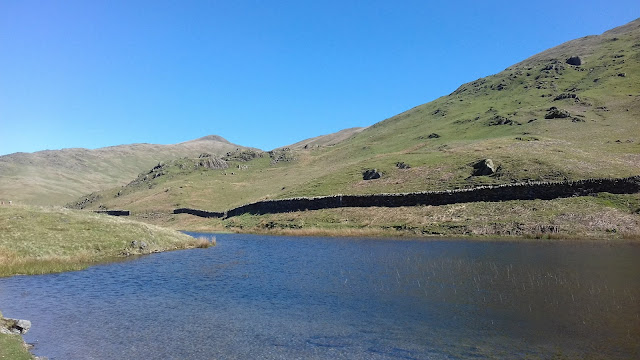 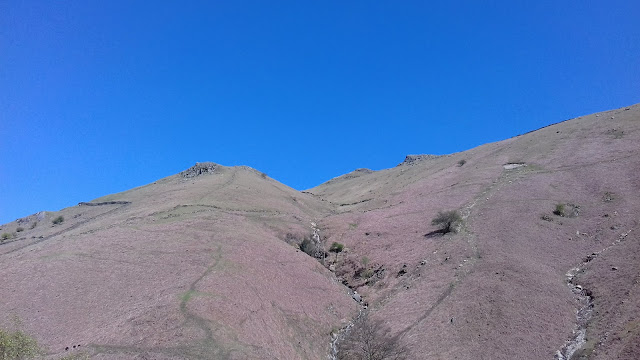 On Sunday we decided to go for a short walk in the Lakes. We were fortunate in that we were awake nice and early, so set off in good time and managed to avoid any busy traffic. The pathway up the hillside is a short, steep climb but once through the cool shade of the trees the views are worth it and it has the advantage of the small tarn which is ideal for cooling off with a paddle. It would also be the perfect spot for a picnic, but instead we chose to eat on our way down at our favourite high bench, so it involved a bit of leg swinging. 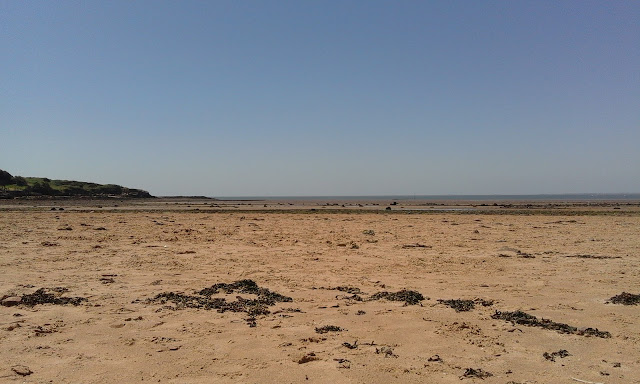 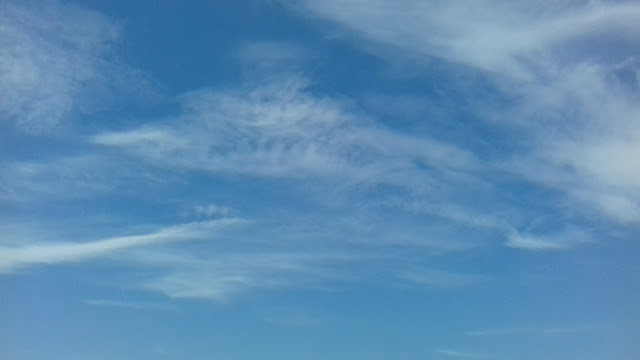 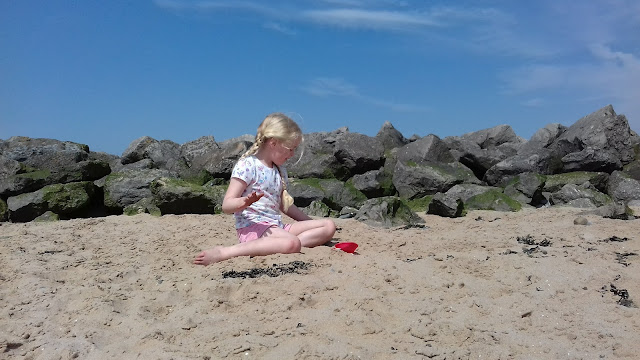 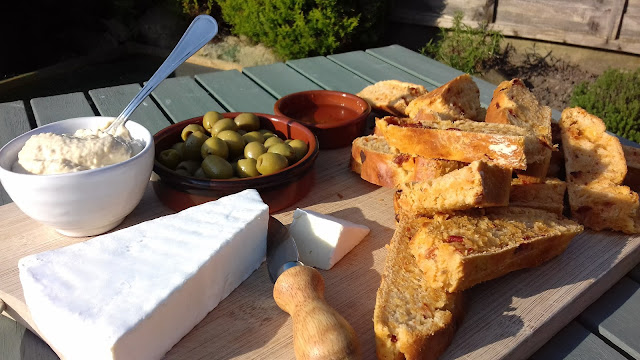 As far as Lily is concerned, hot, sunny weather means a day at the beach, so on Monday morning after hunting out the bucket and spade from the back of the shed, that's exactly where we went and spent several hours relaxing, collecting shells and making sand castles. It felt so good to feel the sand between my toes, although after we had both laid down on the beach to make sand angels it was in lots of other places too!
Once home again, with the paddling pool up in the garden for Lily, I set about making some Focaccia using Mitzi's recipe here. It was so simple, didn't take long, and served with some some cheese, olives and a glass of white wine, eating out in the garden was the perfect, indulgent way to end such a lovely weekend.
J. X