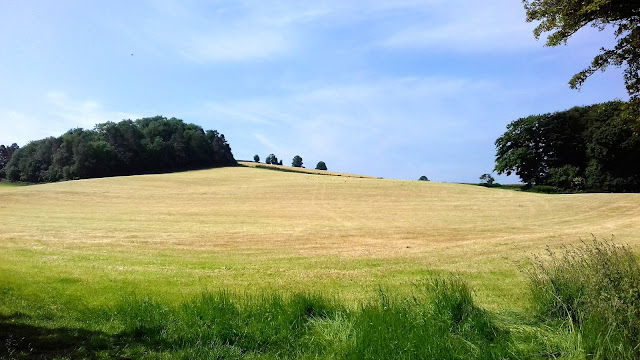 Isn't it always the way,  the longer you leave between posting, the more difficult it can be to get back into it? I can't deny the last few weeks have been difficult for me. Work concerns, financial worries and other issues have all taken their toll, which hopefully explains my lack of posts. Day to day life seems transient and I'm left feeling not quite myself at the moment.  That said, everything remains the same, for now at least, and it is nothing that is insurmountable, I just need to convince myself of that fact. 😊 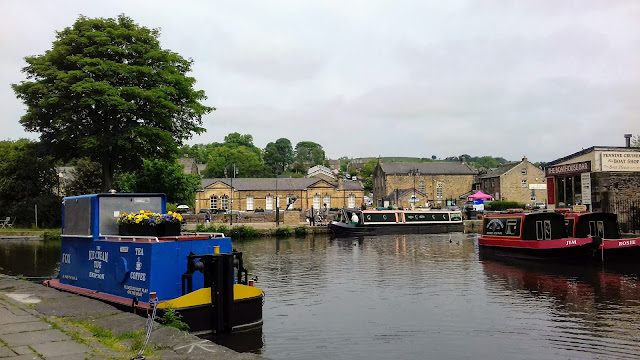 Last weekend we enjoyed a lovely afternoon in Skipton. We arrived just in time for lunch so we treated ourselves to fish and chips by the canal.  It was unusually quiet, I think we arrived just before it began to get busy. It was lovely and relaxing to sit by the water and watch the canal boats go by and we were joined by a friendly duck who was desperate to get a taste of our chips. We took a stroll around the town and watched the gala day parade (Lily thought it great fun to get sprayed by a water pistol!) then indulged ourselves with a large slice of Bakewell tart and a mug of tea before returning home again.

On Friday I surprised myself. I got up with the intention of going out for a run but once I'd taken Lily to school I really wasn't feeling it. I could have easily returned home and got changed back out of my running gear, but knowing how much better it would make me feel, I thought I would at least try to go a short way, then if I was still feeling rubbish I could just head for home. It was a beautiful morning and once I was on my way I began to feel much brighter. The hedgerows were lined with foxgloves and honeysuckle, and the scent was quite intoxicating. It wasn't long before I found myself settled into a steady pace, my dark cloud began to lift and I just kept going. Once I got back home I calculated I'd run 9 miles, the most I've done in a very long time. 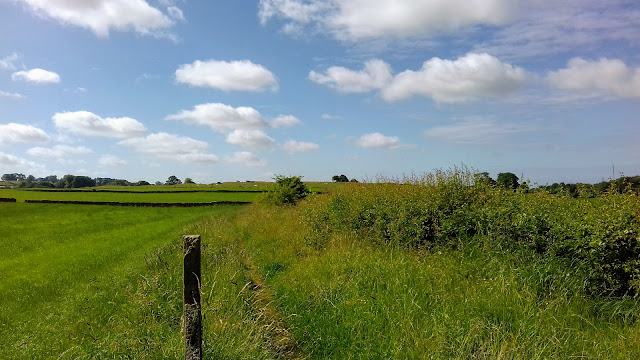 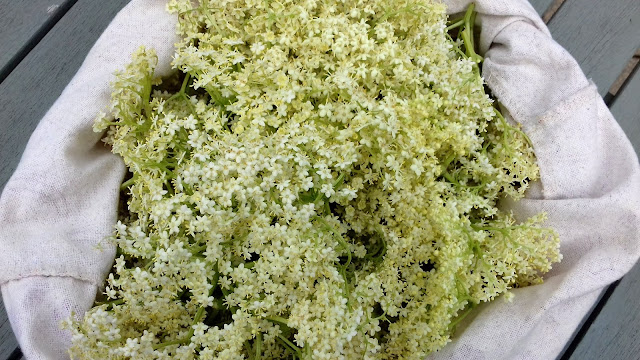 Yesterday I took myself off for a walk in the hope I would be able to find some fresh elderflowers for cordial making. I knew I had left it a bit late this year but it tastes so delicious I hoped I hadn't  missed my opportunity. It was another beautiful morning and fortunately I managed to gather just the amount I needed for my favourite recipe, which is on the sidebar if anyone would like it. The flowers are steeping in the syrup right now and it smells amazing. I'm hoping to get it bottled up this evening. A sure sign that Summer is on it's way.
J. X 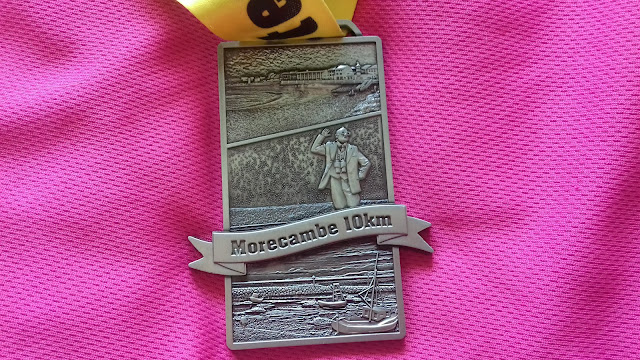 Last weekend I finally accomplished the challenge I set for myself a few months ago, and it felt so good.
For what seems like a long time now (probably because it is!) I have been trying to improve my fitness, but for one reason or another I've encountered various set backs.
I enjoy running, I really do. It's simple, uncomplicated, like walking but a little faster.  It's accessible whenever I have a bit of spare time.  It doesn't need special equipment or expensive clothing, just some reasonable trainers and a bit of enthusiasm and effort. It enables me to switch off and let my mind wander. In truth, my mind usually wanders to weekly meal planning, daily activities  and chores that need doing, but it at least enables some uninterrupted thinking time. And on top of all that it makes me feel good.
I am incredibly fortunate in that I have some beautiful countryside on my doorstep, and nothing quite beats putting on my trainers and being able to head out in the fresh air early in the morning (not too early, I'm not completely mad!), tractors working the fields, rabbits running across the lanes and the occasional horse leaning over the hedge to say hello. However, running an actual race alongside hordes of 'real' runners would be another matter entirely. It had been more years than I care to remember since I last had a number attached to my front and a timer at the finish line, so to say that I was nervous would be an understatement. I was literally putting myself out there to be counted. It could go one of two ways and either put me off completely or give me the push I needed to encourage me to do more. 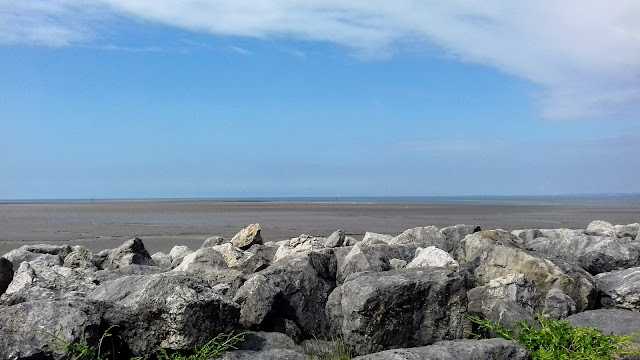 Way back in February I made the decision to enter the Morecambe 10K. A flat course along the sea front and as the run didn't start until 11am it meant I didn't have to get up at a ridiculously early hour. Four months meant I had plenty of time to put in some extra miles and slowly build my way up to a longer distance. Of course, things never quite go to plan and I didn't manage as much training as I would have liked, especially during the last week with Lily being on half term - a gentle three miles on the Friday morning was all that I managed. For a few weeks now, I haven't had the chance to make it to the weekly running group either.
Sunday morning arrived and once I'd collected my number and made my way to the start line I found myself surrounded by a lovely, friendly bunch of people. Feeling a bit more relaxed, I tried not to think too much about their t-shirts having the words 'harriers', 'athletics', or 'running club' on them. I double checked my laces and made sure my crazy hair was firmly in place. There was a bit of a panic just before the race began, in that some of us who thought we were stood towards the back of the group were actually stood at the front. The run was starting in the opposite direction to what we thought! We quickly shuffled further back and following some announcements, which no one could really hear, we were off!
It was a beautiful day but sooo hot. The route set off south from the jetty then looped around to head north up the promenade before returning to the jetty once more, and the finish line. Running in amongst so many people took a bit of getting used to and it took me a while to get into a steady pace. Even though it was a 10K, the route was measured out in miles which was a little confusing, especially as I missed seeing the 2 mile marker and I didn't know my bearings, so it was difficult to tell how I was getting on. There was plenty of friendly banter between the runners though, and a really supportive atmosphere.
Before I knew it I could see the finish line. I don't wear a watch and so far I  haven't timed any of my training runs, but I was pleased with what I achieved and it has given my confidence a much needed boost. Having said that,  I'm sure I could have gone faster had I known they were handing out Wagon Wheels at the finish! If anything can get me to run, then it's the lure of chocolate. But I did it! And for me, that in itself is so much more than my race time.
Will I enter another? Well, there's a ten mile run in August which is currently tempting me.
J. X
Posted by Jules at 11:21 52 comments: