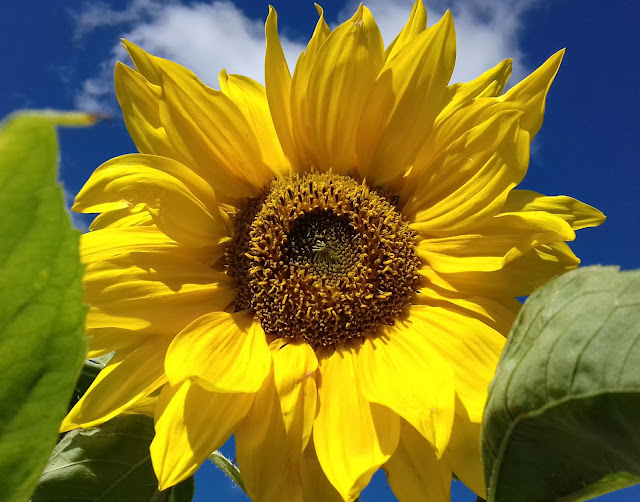 Little by little the world is beginning to open up once again, and with a return to some sunnier days we've been getting outdoors, going just that bit farther than we have been for a while and, if I'm being honest, it is going to take me a bit of getting used to.
I think I have allowed myself to become far too comfortable staying close to home, which is unusual for me, as there's nothing I like more than exploring and discovering new places. And so, even though my initial plans for when restrictions were relaxed, included climbing Helvellyn as soon as I was able, the reality is very different and I find I am needing to take things much more slowly. That's fine, however, there's no hurry, especially as my fitness levels are not what they were :)

It's been a good week. A huge treat for myself and Lily was a socially distanced meet up with friends at a local park. I can't tell you how lovely it was to see the children playing together, and it was both wonderful and reassuring how they just got on with it without hesitation, even after all this time. The resilience of children never ceases to amaze me. And I can't tell you how good it was to chat with friends over coffee and put the world to rights for a couple of hours. 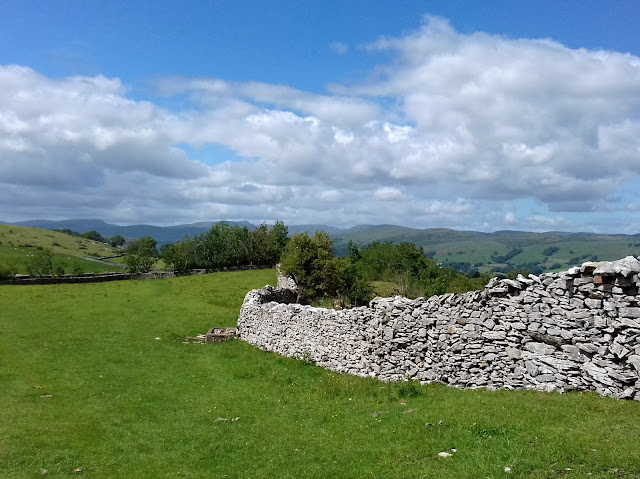 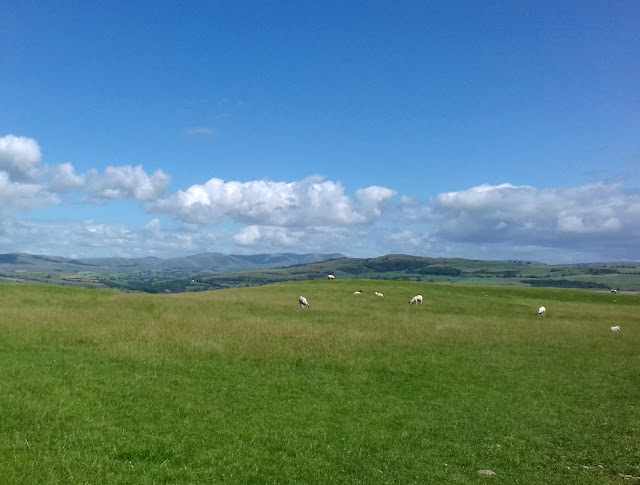 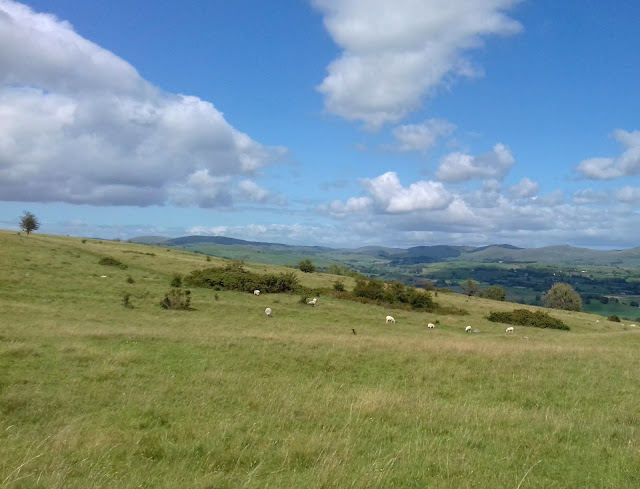 The sunflowers in the garden are opening up now. Unfortunately, we lost one to some strong winds, but I have put the broken stem in some water in the hope that it might still flower. We have two types this year. The usual tall bright yellow ones, which I love, and some smaller reddish orange ones, which although still lovely, are making me think of autumn and I don't want to wish my time away. 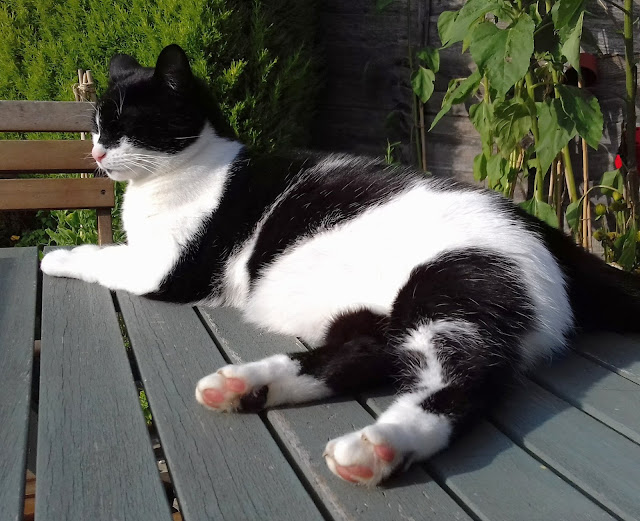 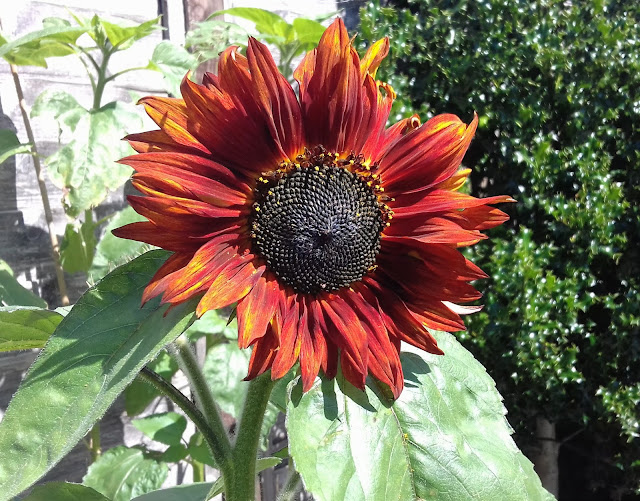 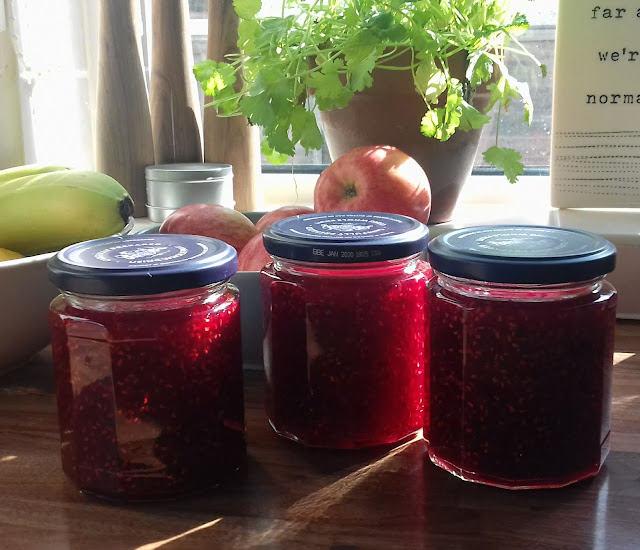 Midweek, we went in search of raspberries, although we didn't need to look very far, there are an abundance of them on the side of a nearby hill. We gathered just enough to make four jars of jam. 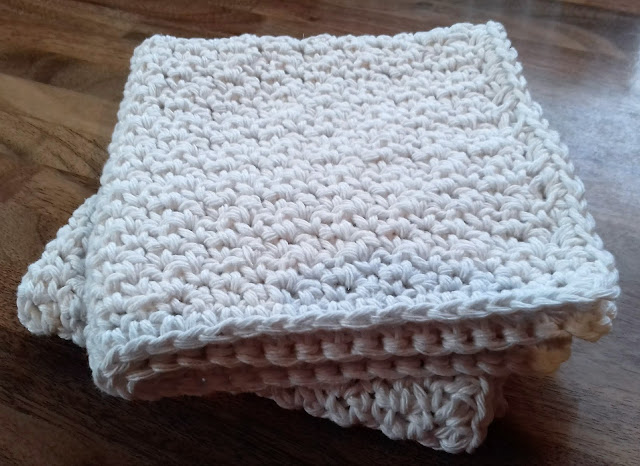 Earlier on during lockdown I made some dishcloths for friends, who were delighted with them. I still had some cotton left over, so this week I tried a new crochet pattern instead of a knitted one and I'm really pleased with how they've turned out. 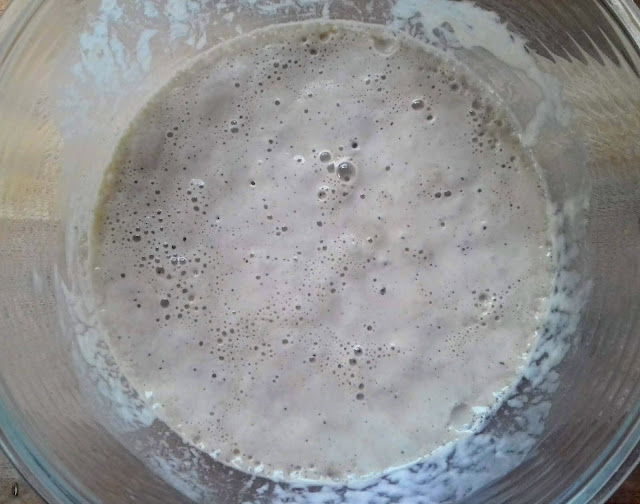 Unfortunately, the sourdough starter hasn't worked out as well as I'd hoped. After initially looking very promising it turned to gloop, so I decided to start over, this time using a small bowl rather than a jar and it looks like it's doing much better. I'm keeping my fingers crossed for a better outcome this time.