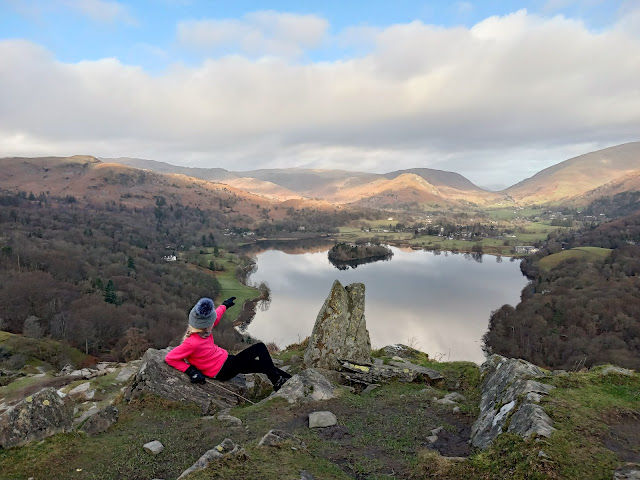 Despite a promising start, January finished up being a bit of a slog. Like I said in my previous post, I've been kept busy juggling work and home, which in turn saw me falling behind with my coursework and becoming quite overwhelmed. Even the plans I had made for some nice days out didn't work out quite as I'd hoped. A lesson learned, however. I now realise that sometimes I should lower my expectations, not everything will be perfect, and I need to stop putting so much pressure on myself. At least the feedback on my last submitted module was positive and I only have one more left to complete. Once this is finished I will be having a much needed break from my studies.

There have some good moments, however. Our wildlife group met up again. This time we were making bird feeders, in time for the Big Garden Birdwatch. I spent a peaceful hour watching over the garden from my kitchen window, but it was rather quiet. The weather that day was particularly windy, so only some starlings, blackbirds and a crow were brave enough to take their chances. Of course,  the following day, once the storm abated, it was business as usual, with all our regular visitors. 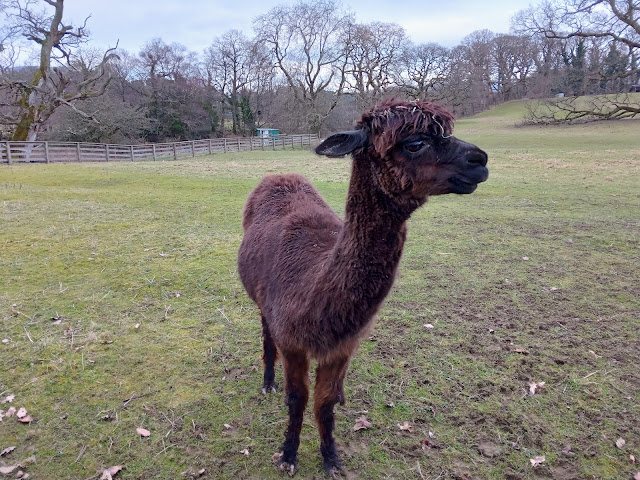 I met and helped to feed some gorgeous alpacas.
And another wonderful moment happened while driving home after a particularly stressful day, when a beautiful barn owl flew alongside my car for a short time. It felt quite magical. So it wasn't all that bad, I suppose, and it is important I keep some perspective. Having said that, it isn't always easy at the time. 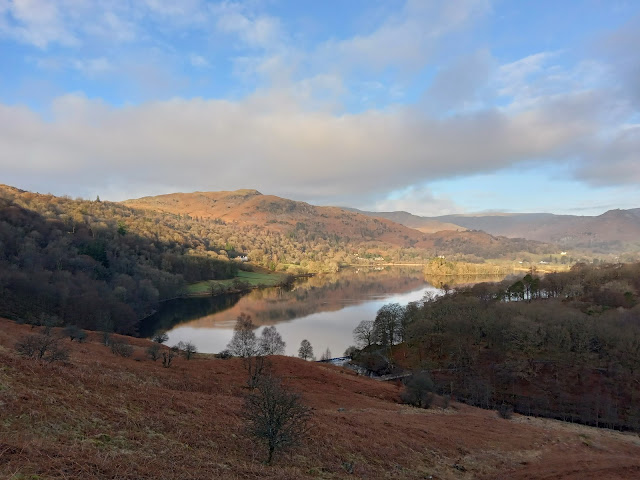 In a bid to shake myself out of the doldrums and restore some sense of balance once again, at the weekend I insisted on getting up on the fells, albeit a small one :) After another incredibly windy day on Saturday, Sunday was forecast to be much more settled and with the added appeal of there being a cave on our route, Lily was definitely up for the walk. 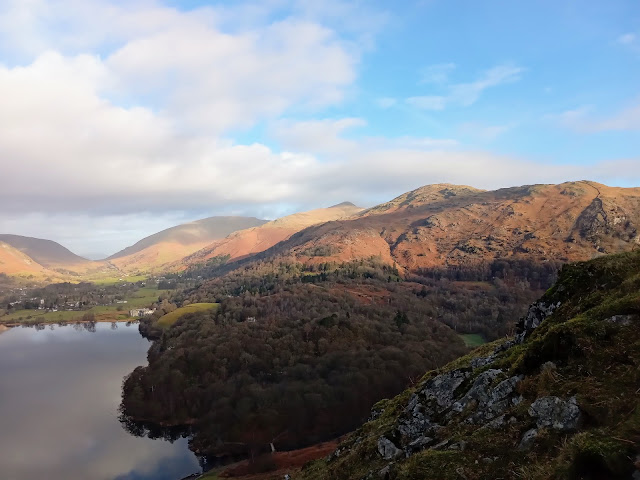 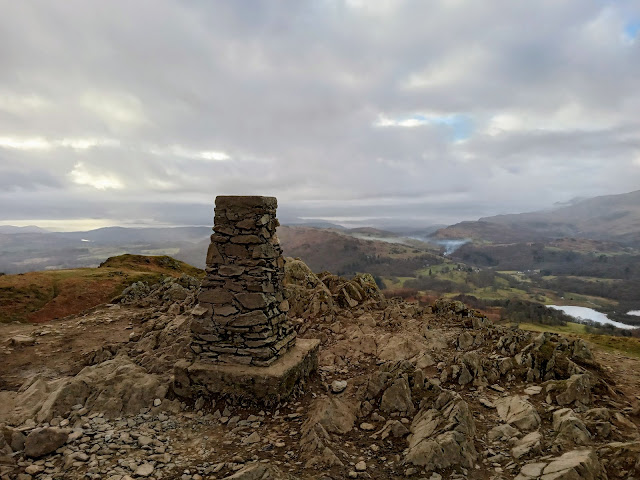 The weather was actually much brighter than the photographs would suggest but to begin with we were on the shaded side of the fell looking over towards Grasmere. The clouds came over just after we had reached the top. 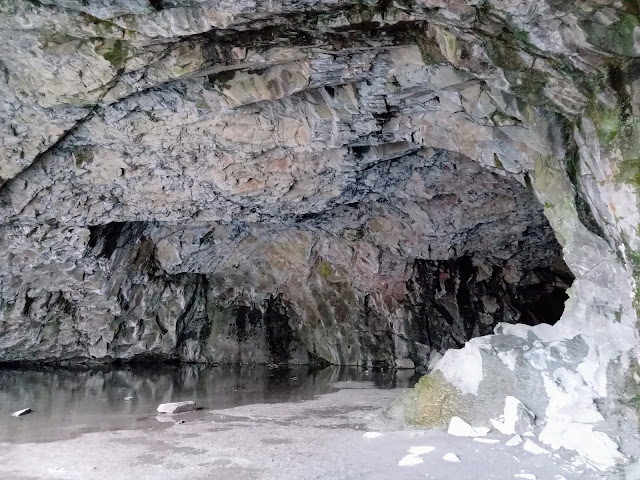 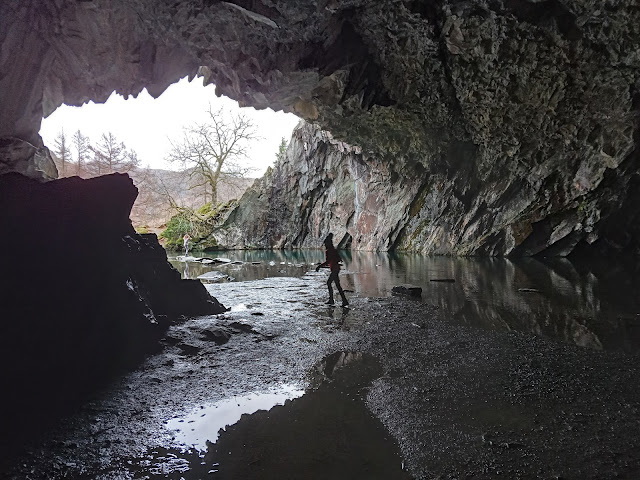 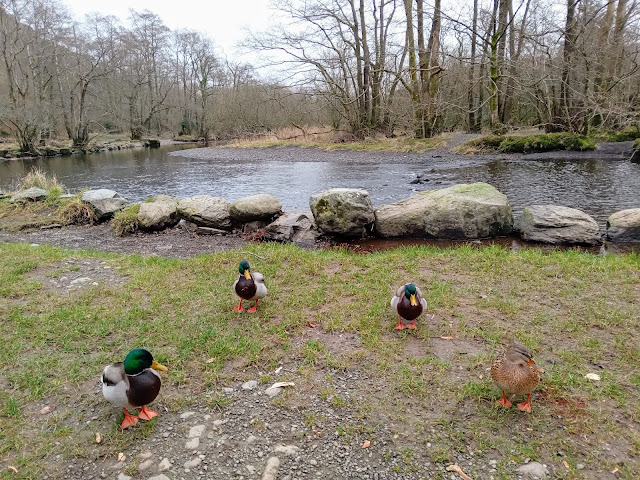 It was only after we had visited the summit that we ventured into the cave, which in reality is an old quarry. Lily had hoped we could eat our lunch in there but it was a little too dark and damp for my liking, so we walked back down the fell and sat much more comfortably on a bench by the river, where we finished up sharing some of our bread with these friendly ducks, as well as a robin, which had been watching us hopefully from a nearby tree branch.
A brand new month and a fresh start. I just hope this one will turn out to be an improvement on the last.