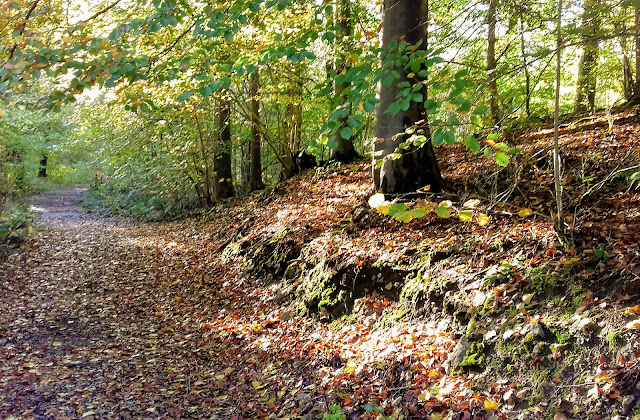 At the end of last week, with the threat of the incoming storm and high winds, I made sure I prepared the garden, securing the planters and moving the potted trees to more sheltered positions. And thank goodness I did.
The rain began late on Friday and continued during the night. It rained and rained. We planned to hunker down on the Saturday morning, then Lily had a party to attend that afternoon. The rain continued and the wind picked up a pace. It wasn't until after we'd set off that we realised  how heavy the rain was, when we saw just how high the river had risen. Large tree branches were being washed along with ease and the water was already over the bank in places.
With a seventeen mile journey ahead of us, we had already checked the road reports before setting off and were hopeful that as long as the rain eased, then everything would be fine, but the further we went, the worse the weather became, so with the roads rapidly turning into small rivers and local businesses beginning to put up their flood barriers, we made the decision to turn around and return home. Naturally, Lily was disappointed, but it wasn't worth the risk. Even if we had managed to get there, with the state of the roads, there would be a strong chance we wouldn't have made it back again. 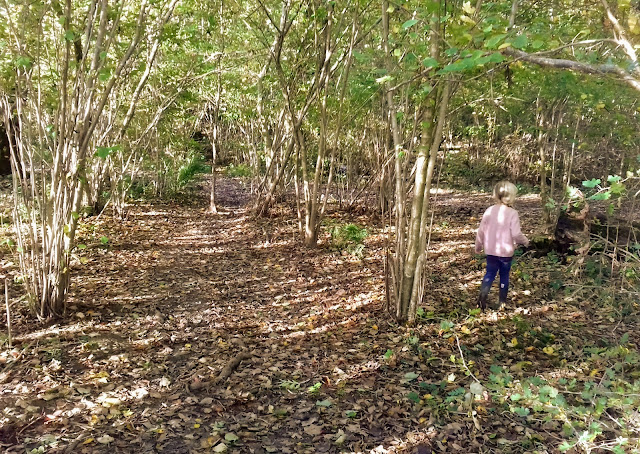 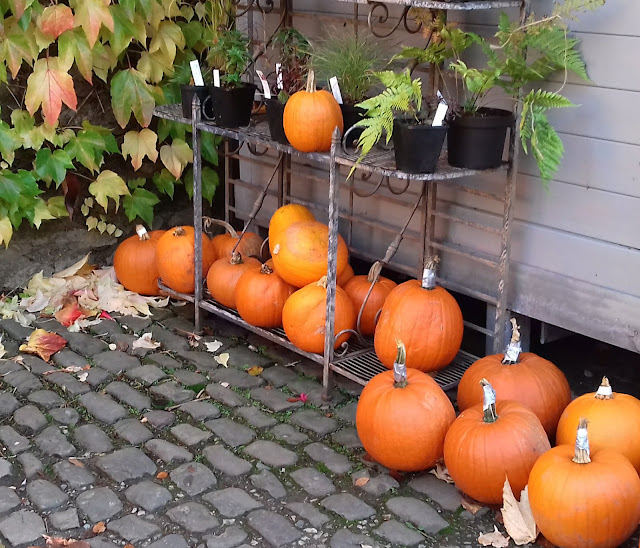 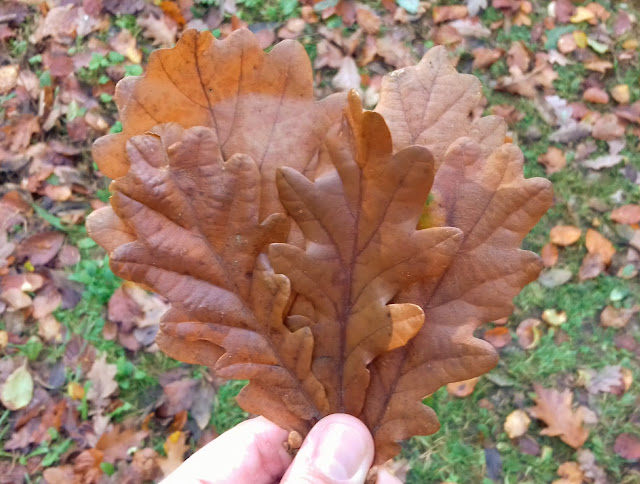 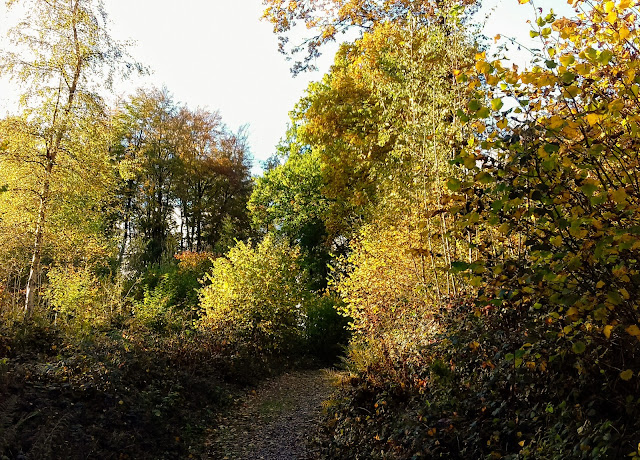 As is often the way in these parts, the following day could not have been more different. With hardly a breath of wind and the sun shining (along with the desperate need to get some fresh air following the previous day of being holed up indoors), we pulled on our wellies and set off for the woods to immerse ourselves in some seasonal colour.
The sunny weather made for a beautifully warm afternoon, although the ground was covered with leaves and sticks and it was clear from some of the pathways where the stream had washed out the day before, a line of silt and twigs indicating the water level at it's highest. The ground was still very waterlogged, with a huge puddle having appeared in the woodland clearing which, of course Lily discovered first,  much to her great delight. 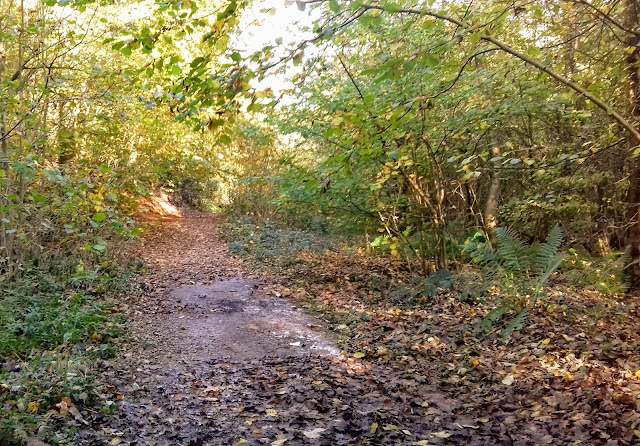 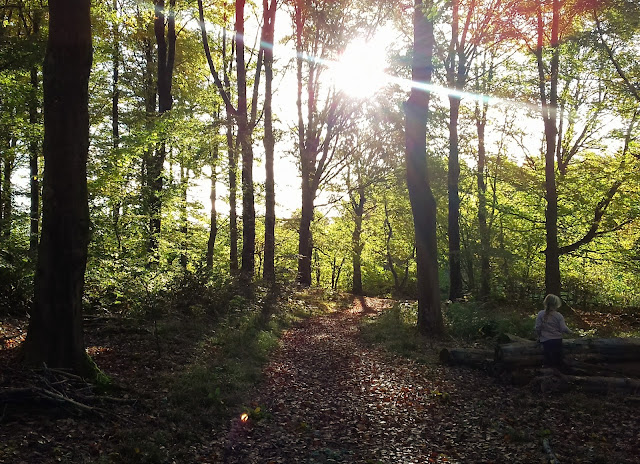 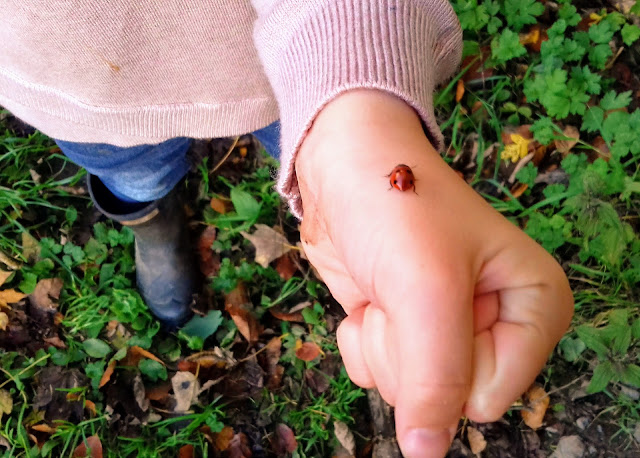 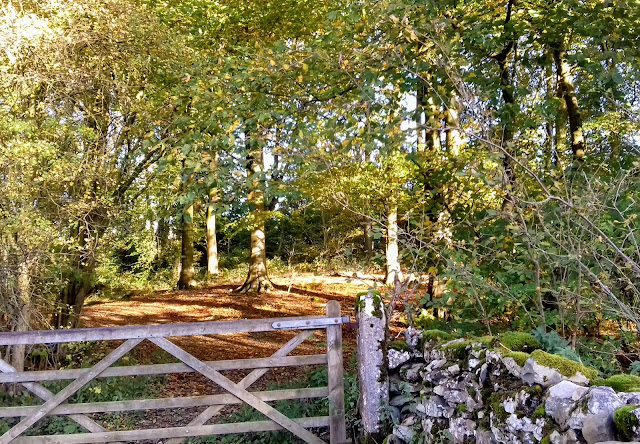 There was plenty of leaf kicking, acorn gathering and prodding at various fungi with sticks,  then as we emerged from the woods, the difference between the two days couldn't have been more apparent, as we spotted a hot air balloon on the horizon.
As always, it was lovely to see the cheery display of pumpkins on sale at the farm shop, although I resisted buying one for the time being. Maybe next week.