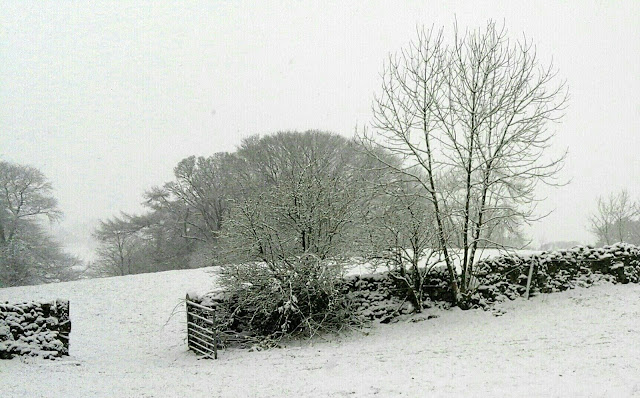 On Tuesday morning I was awake early. I haven't been sleeping well this week so at 5.30am I crept downstairs, being careful not to disturb anyone. I remembered the overnight weather forecast had been for snow, so I excitedly peered through the blinds in anticipation of at least seeing a light covering of the white stuff over the garden, only to be bitterly disappointed - nothing, not one flake! Complaining and grumbling to myself (a bit like a small child) about it not being fair, I tip-toed into the kitchen to make coffee. Not quite resigned to having a snow free day I kept checking through the window - still nothing. Thinking back now, I'm surprised I wasn't stamping my feet in indignation, that's how let down I felt.
I finished my drink and set about my usual morning routine, when I happened to glance towards the outside light, and there they were, a few very light flakes, but yes, it was definitely snowing! I tried to contain my excitement as I have been here so many times before, a few promising flakes which come to nothing. It wasn't settling on the path, only on the grass, so as the  forecast had been for light snow maybe this was all we could expect, and I was at least grateful the roads were OK for the morning school run.
It wasn't long before Lily was awake and we busied ourselves with breakfast, making up lunch and school preparations, although once Lily realised it was snowing her nose was firmly pushed up against the window. It was still dark outside so it was difficult to see what the weather had in store for the day. At times it looked as though the snow had stopped, only for it to then start falling even thicker and faster than before.
It was definitely a hat, scarf and gloves morning, and in the light of day, as we set off for school the heavy grey sky gave a clear indication that the snow would be falling for a good while longer. The children were buzzing with excitement and with the promise of going out to play immediately after morning assembly, it promised to be a fun day for them. 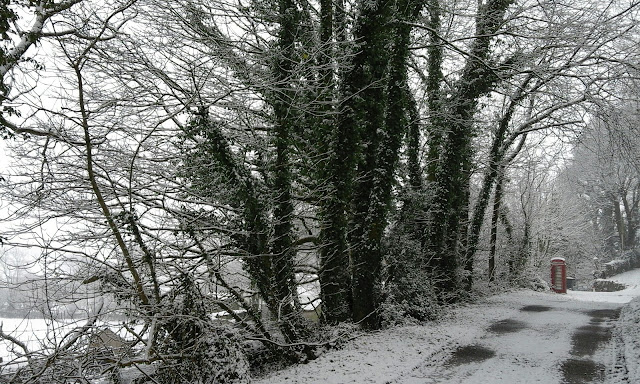 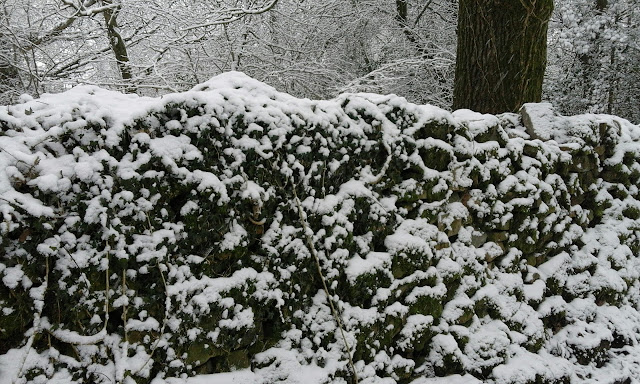 Determined not to miss out myself, as soon as I returned home I put on my waterproof trousers and boots and set off for a walk. The housework would wait, not knowing how long it would be sticking around for I was instead going to indulge my love of snow. The roads and lanes were quiet - the snowfall muffling any sound and there was very little in the way of traffic, except for some quad bikes delivering hay to the sheep and the creaking of the snow beneath my boots. The snow was still falling and I had to keep shaking it from my hat and jacket. There is something quite magical about a snow covered landscape and while I took some photographs on the narrow lane, the world suddenly became silent and still. 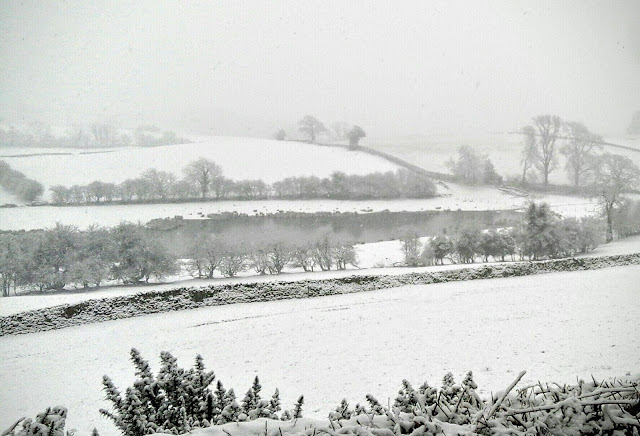 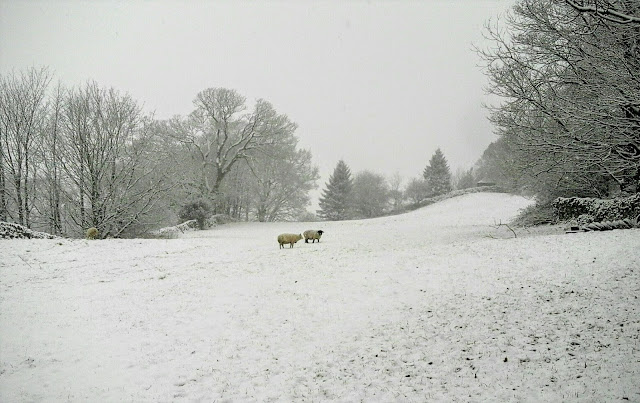 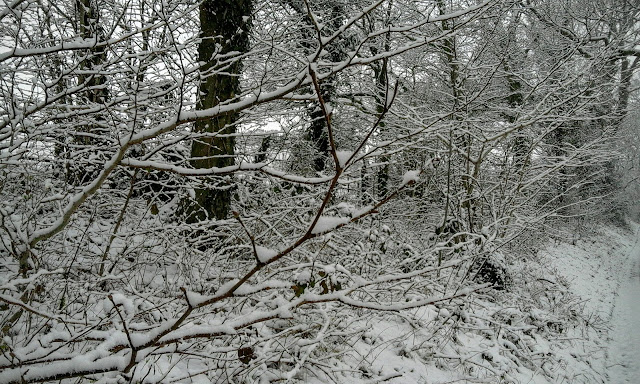 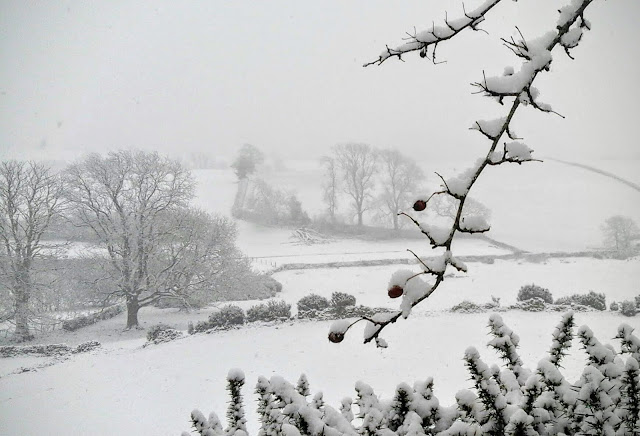 If there is one thing I love more than wintry tree silhouettes against the sky, then it's wintry trees with snow covered branches. So pretty! 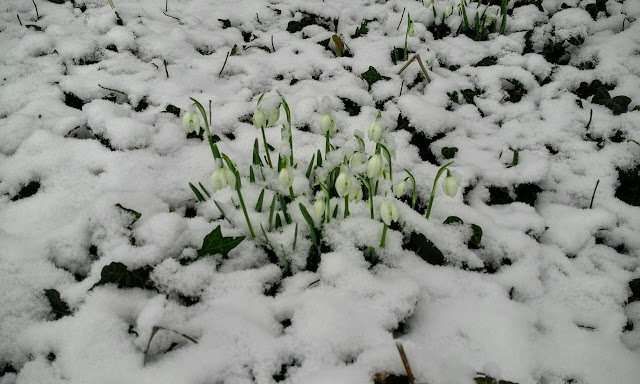 At around midday the snowfall dwindled, then eventually stopped, and the heavy grey sky gave way to a brighter afternoon. The following day the sun came out once  again and the magical landscape gently melted away. It was possibly the last snowfall we will see this Winter, which makes me a little sad, but the seasons are moving on and I am beginning to look ahead towards some warmer Spring days.
J. X