I'm feeling a little weary today so, aside from working, I'm giving myself permission to do very little else. Which is all good in theory, but we all know that very rarely actually happens. Even now I'm thinking I should go and put a wash on :)

The last two weeks have been rather busy and so have passed by all too quickly for me. I'm looking forward to having a week off at the beginning of June, and fingers crossed it will coincide with some good weather just like the last time. I've not been terribly impressed with the cold and damp we've been experiencing lately, although the wildflowers in the garden are growing rapidly thanks to all the rain. I can't wait to see them all in flower. I'm also happy to report that, after my initial lack of success, I decided to sow some more sunflowers and another pack of sweet pea seeds, which have since sprouted and appear to be growing well. I'm determined to attract a garden full of pollinators this summer. 🌻🌺🌻 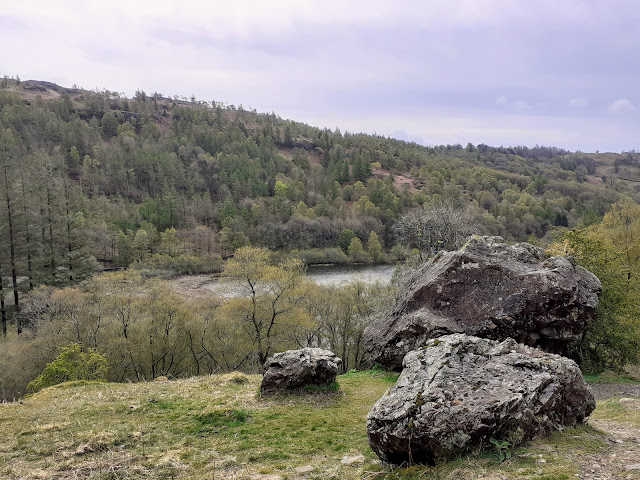 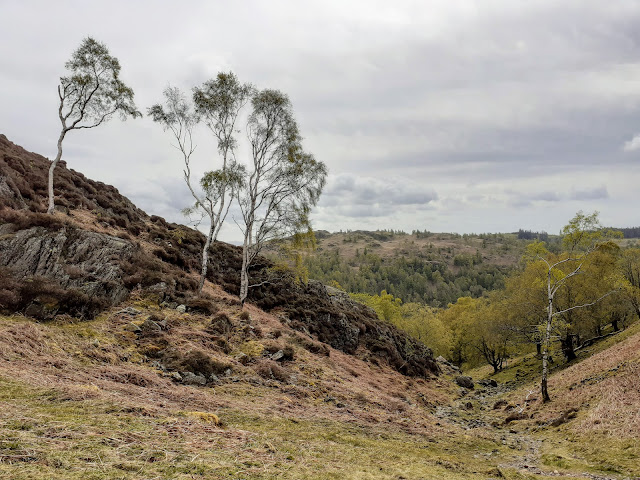 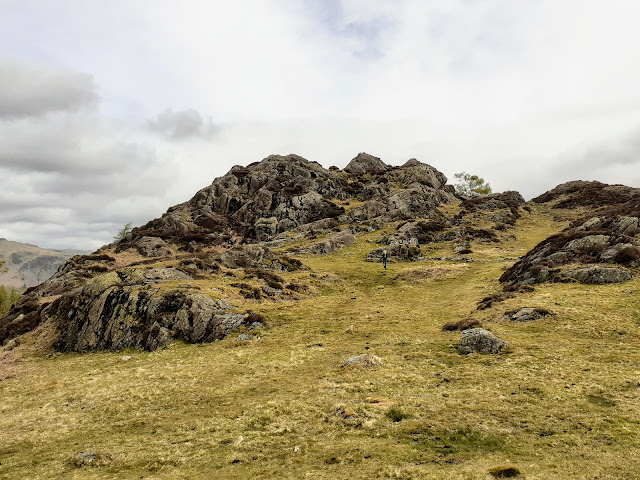 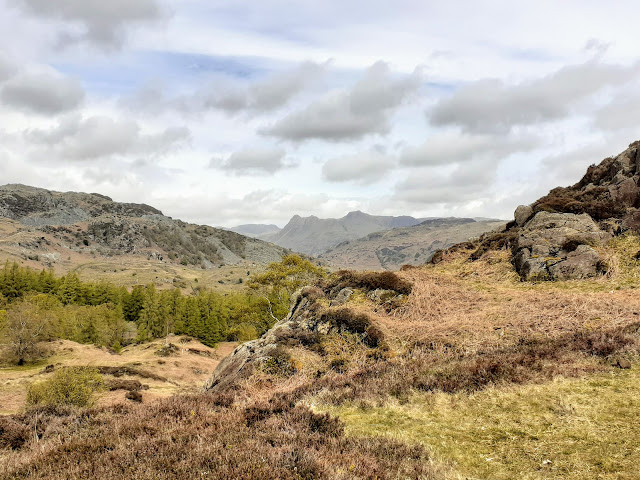 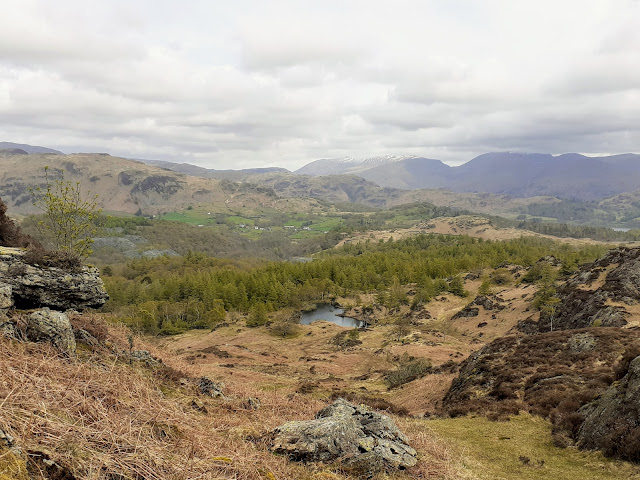 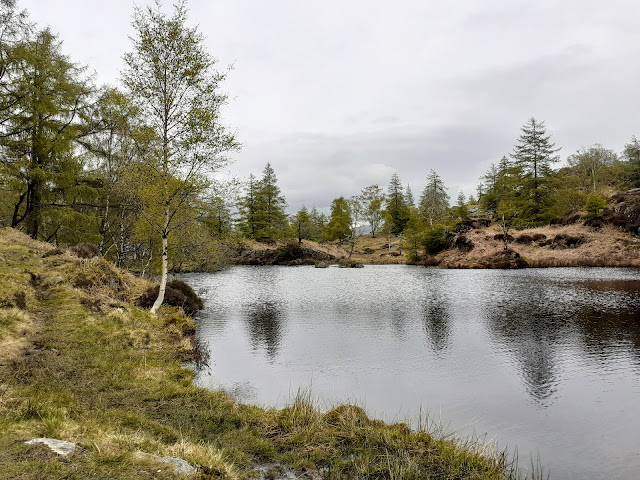 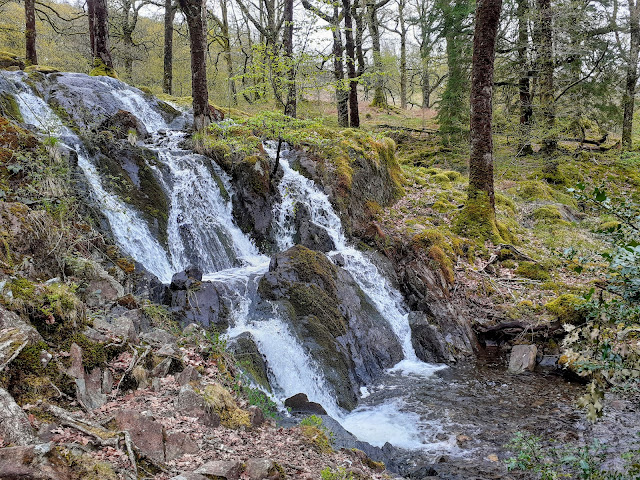 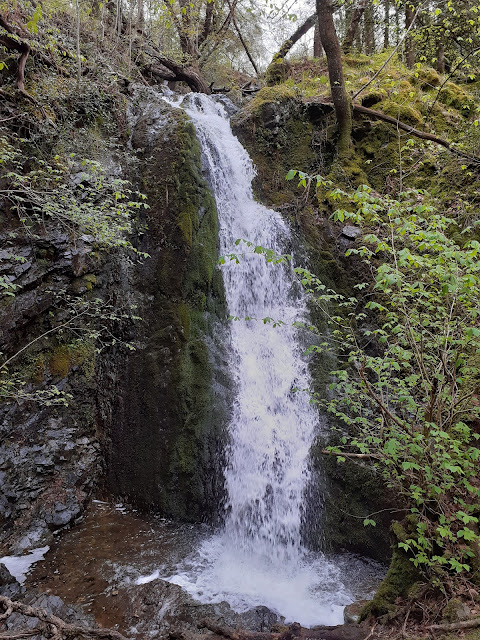 Last week we enjoyed a walk up Holme Fell, near Coniston. We set off from the shore of Yew Tree Tarn, which is very close to Tarn Hows, where we had visited the previous week. In fact, if we had wished, we could have reached it just by walking further along the waterfall trail. Although the morning wasn't particularly sunny, it was still dry and bright, and just perfect for a short walk, as rain had been forecast for later that day. Whilst we listened to the intermittent song of a cuckoo somewhere close by, we made our steep but not overly strenuous ascent up the path, which opened out to some beautiful views stretching right over the Langdale valley.  And, in the time it took for me to take just a few photographs, someone couldn't resist taking a short detour from the path in order to climb some very inviting looking rocks! After reaching the summit, we dropped down to eat our lunch beside one of the two small reservoirs on the fell, then descended the track further again to walk back alongside the Tarn and return to the car. Although, not before we had been for another quick look at the Tom Gill waterfalls, which were definitely holding far more water than on our previous visit. 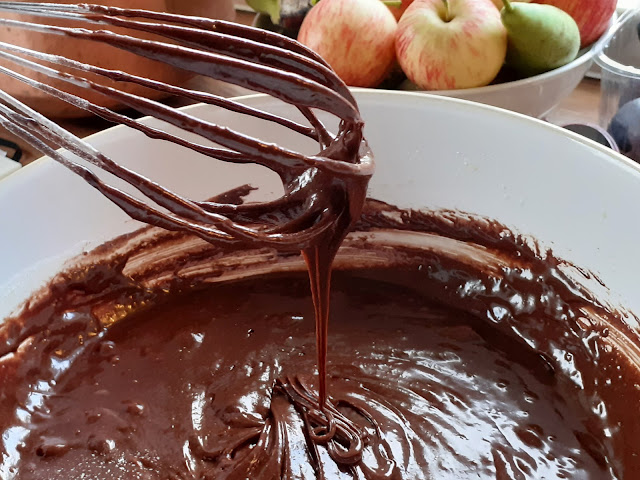 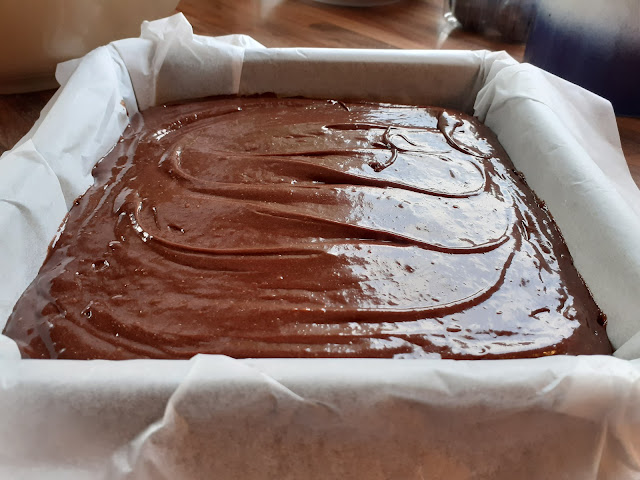 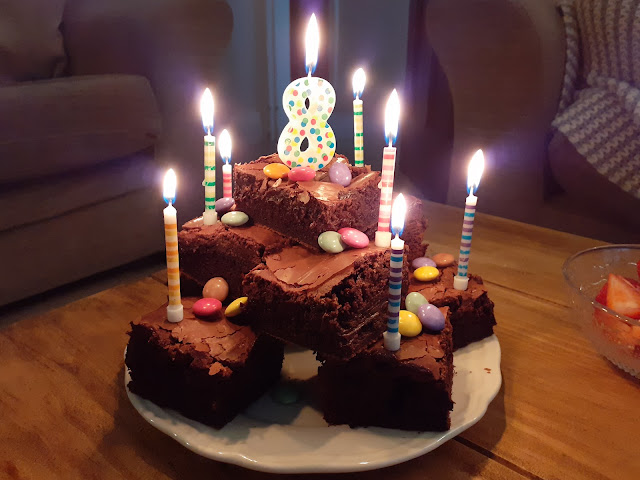 Since my last post, we have celebrated a birthday here. Lily is now 8 years old! Of course, I baked chocolate brownies for the occasion and even though I thought I might get away with just buying a number '8' candle, Lily still insisted on having individual ones as well, so it was a good job I had some to hand. And why not. You're only eight once. 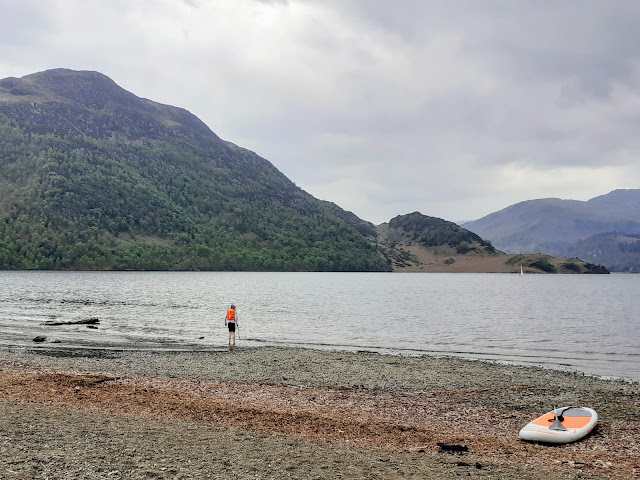 She spent her special day paddle boarding on Ullswater, with sisters also around to join in with the fun. With any luck, another year we should be able to have an actual party, although Lily was perfectly happy with her more reserved celebrations. She was thrilled with her gifts as well, especially her shiny new bicycle which she's going to enjoy a proper ride out on this coming weekend.