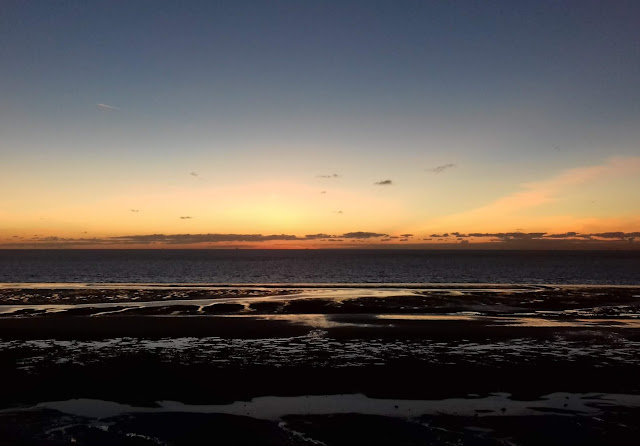 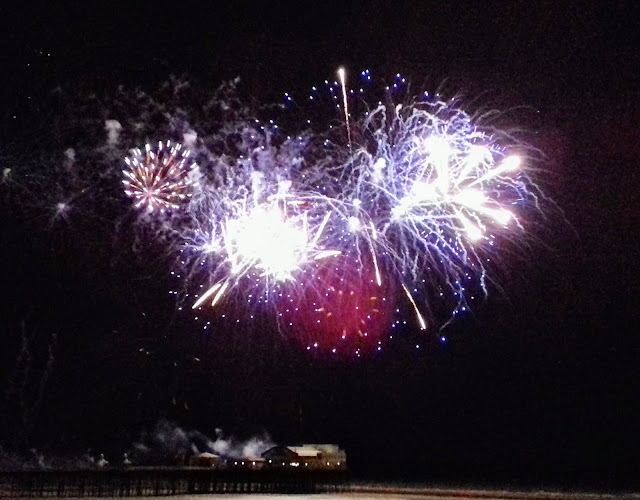 Although autumn officially arrived last week, these last few days it has become much more apparent. When I step outdoors, it now looks, feels and smells like autumn. That cold, damp earthy smell that only occurs at this time of year, occasionally tinged with the faint aroma of wood smoke from a burning fire. The air feels much fresher now, and just this morning I was scraping frost from the car windscreen. The walk to school is paved with fallen leaves and acorns.

This last weekend we have been busy. Good busy. And it has been such a heartening change from spending our time catching up with chores which have been missed during the working week.

On Friday, with the promise of a calm, clear evening, we made a last minute decision to go to Blackpool to see the Illuminations. It's been a few years since our last visit and it's been on my list of things to do for a while now. We parked at Bispham, and after a delicious meal of fish and chips (and a glass of wine for me!), the sun had already set, the Illuminations had been switched on, and we made our way through the colourful lights and tableau displays towards the Tower and Central Pier. As luck would have it, we arrived just in time to see the World Firework Championships, so we made ourselves comfortable and watched as the sky was lit up with a spectacular display set to music. 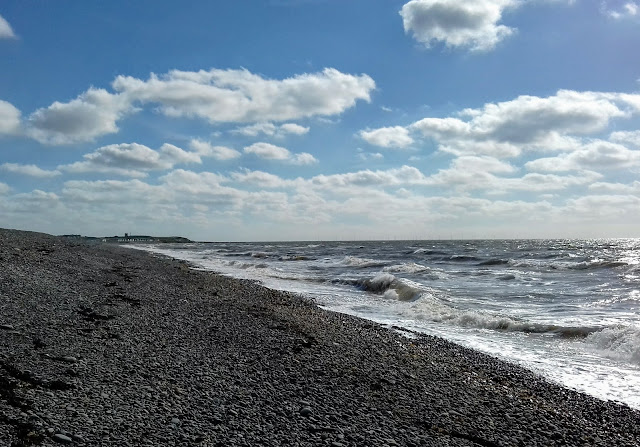 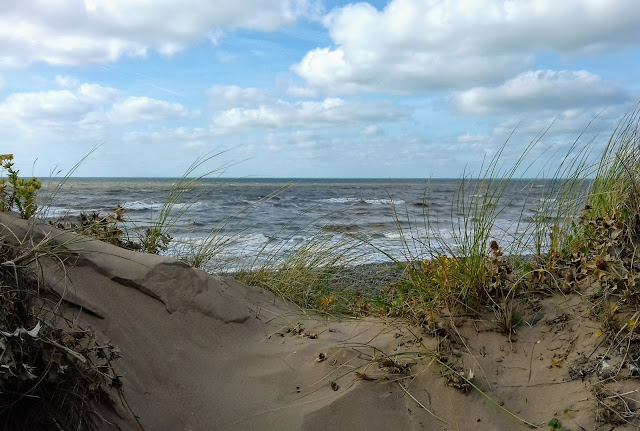 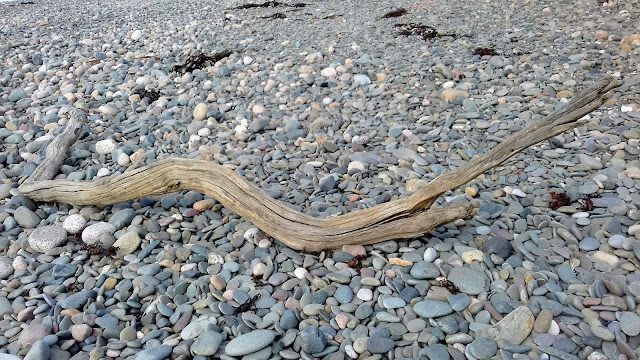 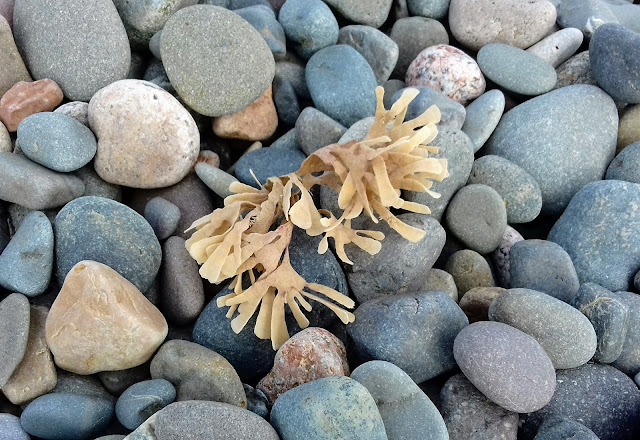 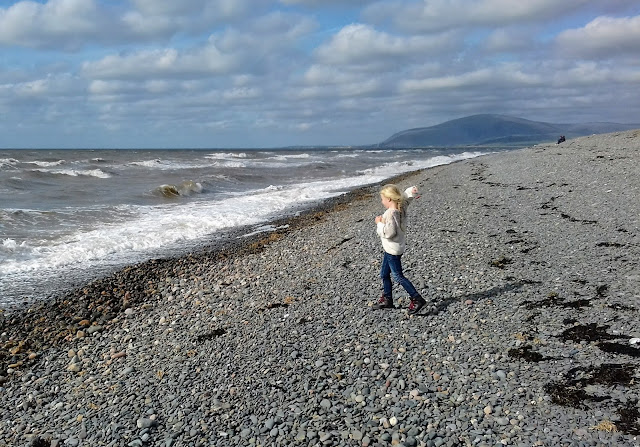 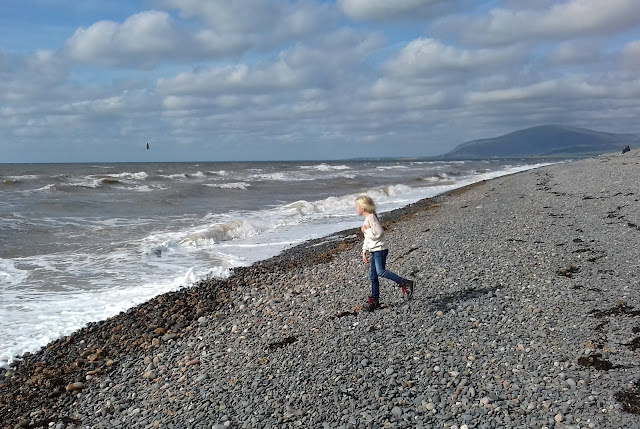 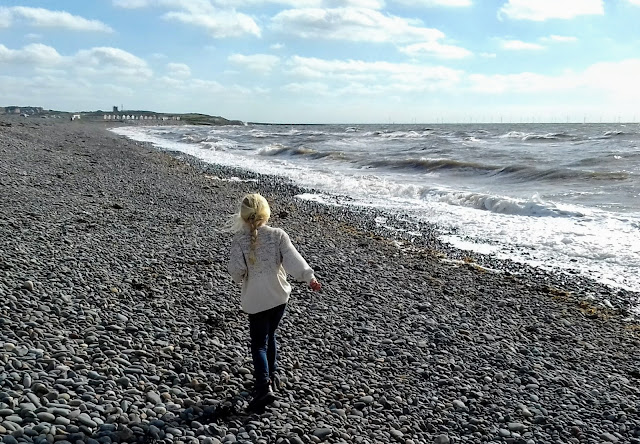 Expecting to be a little weary from the previous evening, we hadn't made any plans for Saturday, but the temptation of a walk in the fresh air was too much, so a picnic was packed and we set off once more, towards a nature reserve on the coast. It was very breezy down by the shore, the wind whipped at our hair,  and along with the constant roar of the waves, at times it was difficult to hear each other speak. We enjoyed some obligatory pebble throwing and climbing of  sand dunes and Lily managed to return home with a significant amount of sand in her pockets and boots. I should probably realise not to expect anything less by now. 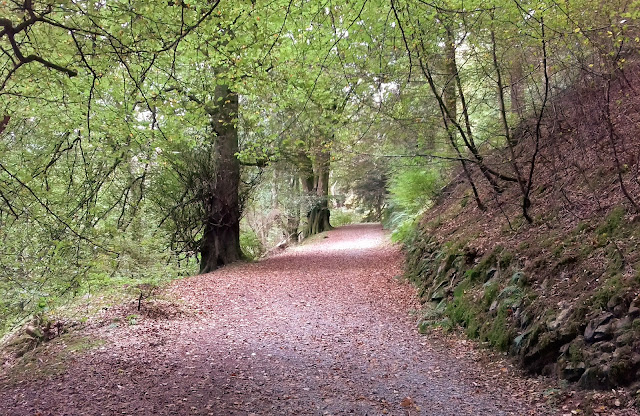 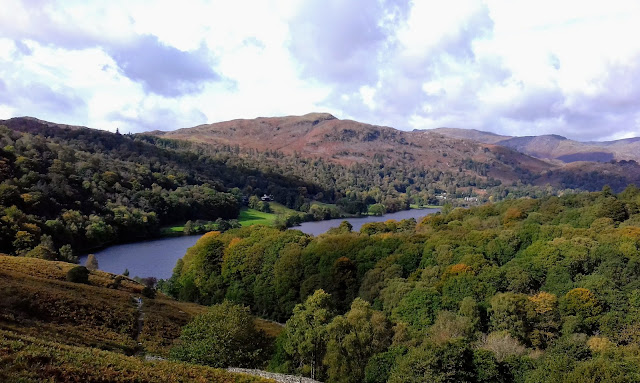 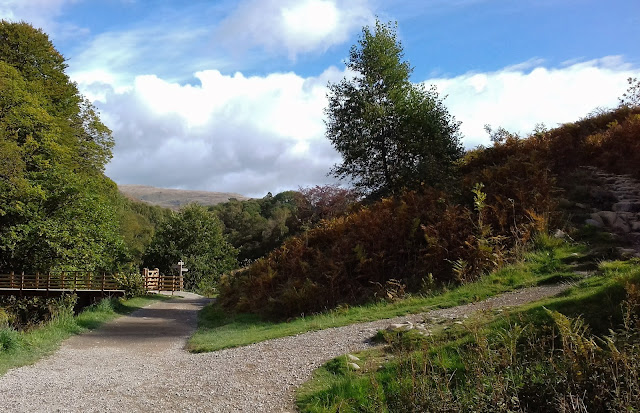 In contrast to all that sea air, on Sunday we made our way to Grasmere. A restorative finish to our weekend, it is always such a lovely place to visit and never fails  to provide the most beautiful backdrop for a walk . A gentle stroll by the lake followed by a warming lunch in our favourite cafe, with some seasonal hot apple and cinnamon to drink. The autumn colour in the landscape becoming much more obvious now, and the pathways through the woods are carpeted with leaves. We collected a few conkers from the side of the lane to add to our growing collection.