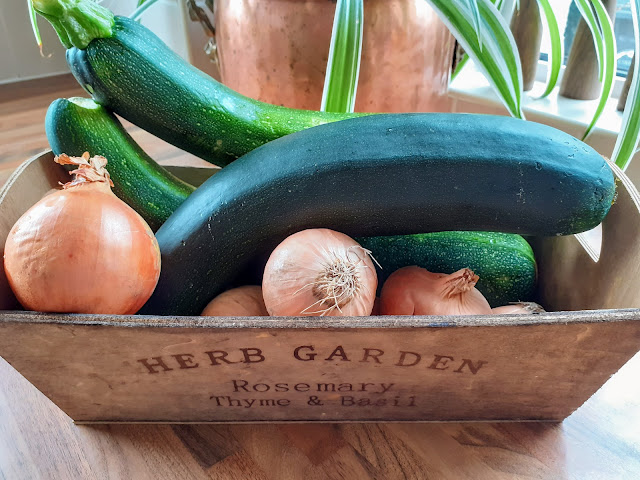 In the past two weeks I have, very generously, been given a total of eleven courgettes. Six huge ones and five little ones. Now, I do like courgettes - I love most vegetables (I know, technically, they are a fruit but I wouldn't put one in a fruit salad) - but even then I knew I would struggle to use them up before they went bad. I realise they can be frozen, but they would ideally need to be blanched first and I really didn't want to faff about with all that, so I needed a plan or, at least, some recipes. 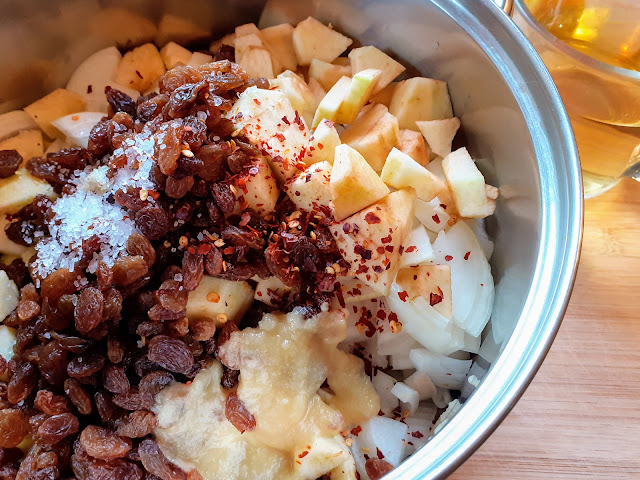 The Pasta-less lasagne was delicious but I was looking for something which would use up more than just the two courgettes I'd needed for that. So I decided on some chutney, which would be simple to make and also be easy to store, not taking up valuable space in the freezer. 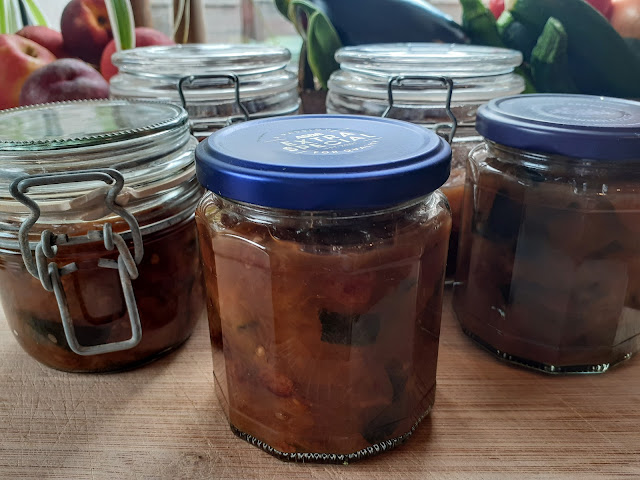 After much chopping and dicing, it was soon simmering away on the stove and I was feeling quite pleased that I'd manage to use up another two courgettes, until Lily proclaimed that it smelled very much like my 'cleaning stuff'! It was only a short while later I realised, with much relief, that she meant the vinegar solution I use to clean the windows :)  The chutney filled five jars and needs to be kept for at least two weeks before eating, although I did try just a little bit and I can confirm it tastes delicious. 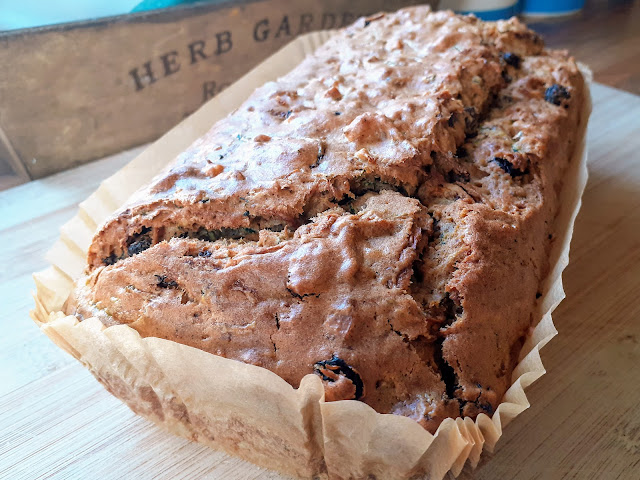 By this time, I had used up four of the courgettes, when Vix left a comment on my previous post suggesting I try a recipe for courgette loaf cake. I was a little apprehensive at first as it contained walnuts, which I've always thought of as evil things. But I stuck to the recipe and I am glad I did, as it was so delicious. I enjoyed it thickly sliced and spread with butter. I even liked the walnuts, so thank you Vix. 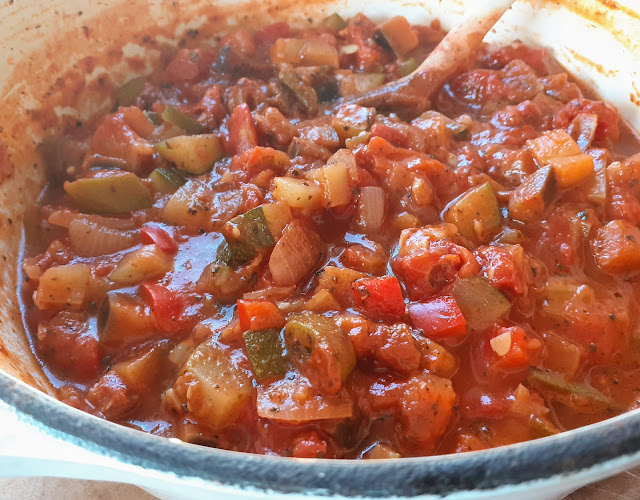 Next, I chose to make some ratatouille. Possibly an obvious recipe, but for one reason or another I had overlooked it. I added onion, peppers, tomatoes and aubergine, and even included a handful of our own runner beans from the garden. Another simple but tasty recipe, and I now have three meals in the freezer. 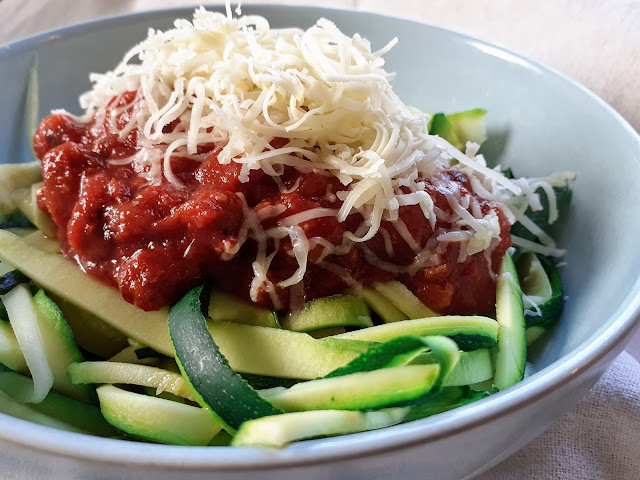 Determined to use up every single courgette, I used my very last one to make some courgetti. I simply sliced the courgette into fairly thin strips, put the ribbons into a covered bowl and cooked in the microwave for just two minutes. There was no need to add any extra water, as the courgettes already contain enough. Much as I enjoyed all the recipes this was by far the easiest and quickest of them all. And by using courgettes instead of pasta it left me even more room for garlic bread :)