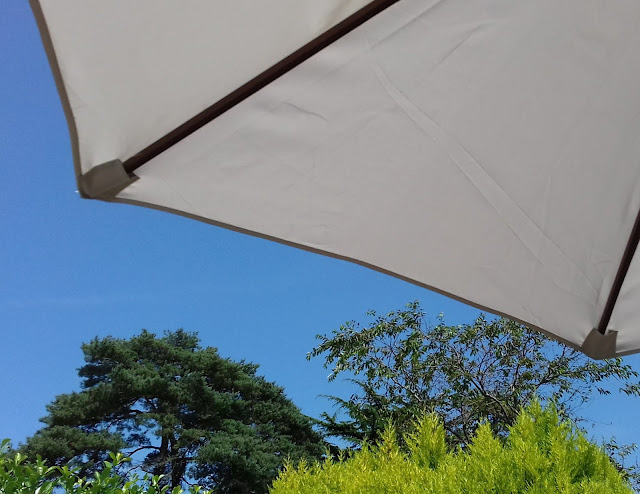 Better late than never, isn't that what they say. Its been a week of ups and downs again here, yet in the current climate that shouldn't really surprise me. The important thing is that there have definitely been more ups - warm sunny days, walks by the river, fields of wildflowers, and best of all....sea air. 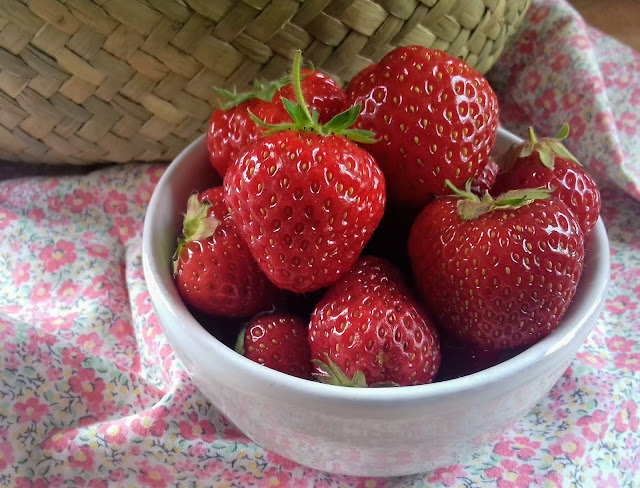 Most days I've been gathering strawberries fresh from the garden and just like last year I have enjoyed a plentiful supply. Not bad for what began as two small plants which I almost threw away. They are very nearly all gone now but they have been delicious while they lasted. 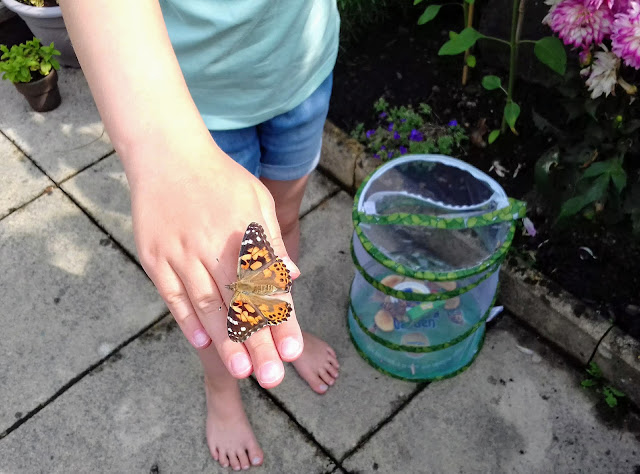 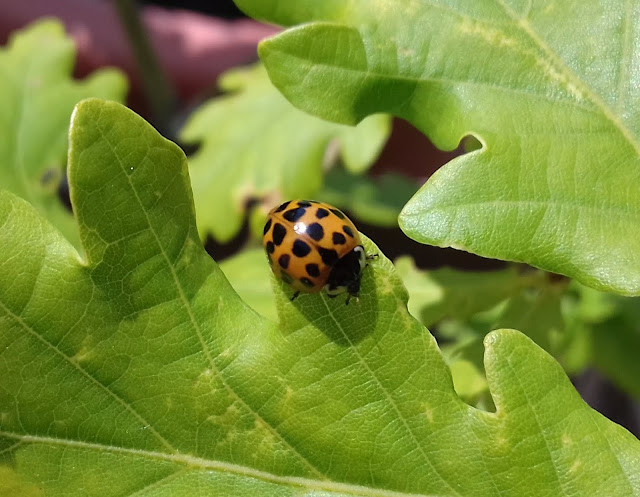 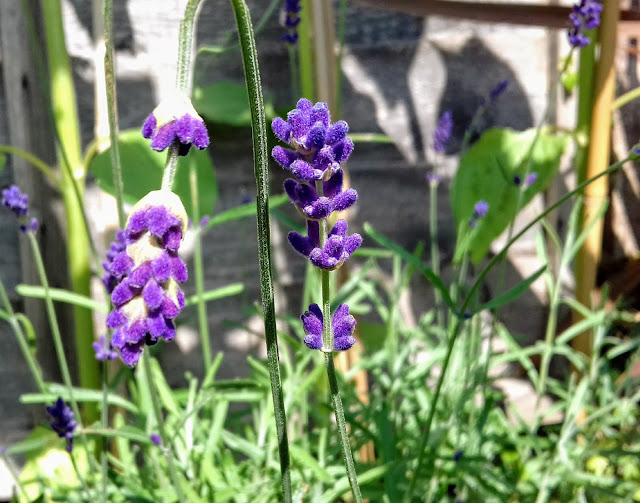 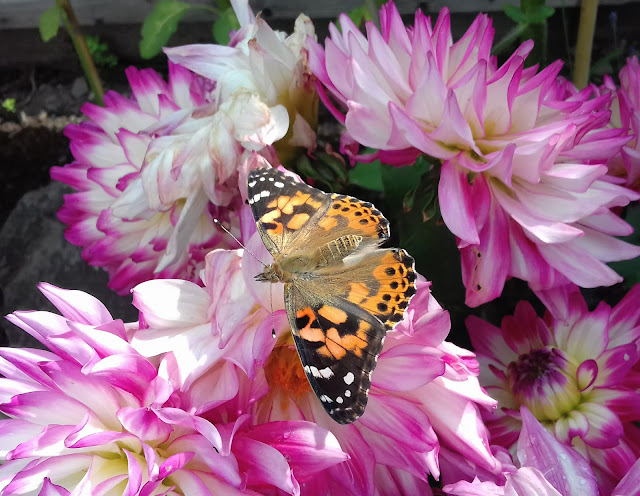 For Lily's birthday she received a butterfly kit, so for the last few weeks we have watched while the tiny caterpillars grew and grew, formed chrysalides and eventually emerged as beautiful butterflies, which we then released into the garden a few days later. It was a great little project and something she would have ordinarily been enjoying at school this term.

Midweek we had initially planned to go to the beach but, unfortunately, fate had other ideas. It was a huge disappointment, as I had been so looking forward to breathing in some fresh sea air and feeling the soft sand beneath my feet. Instead, we settled for spending what turned out to be a rather pleasant afternoon in the garden, cooling off in the paddling pool, our earlier misfortune quickly put behind us. 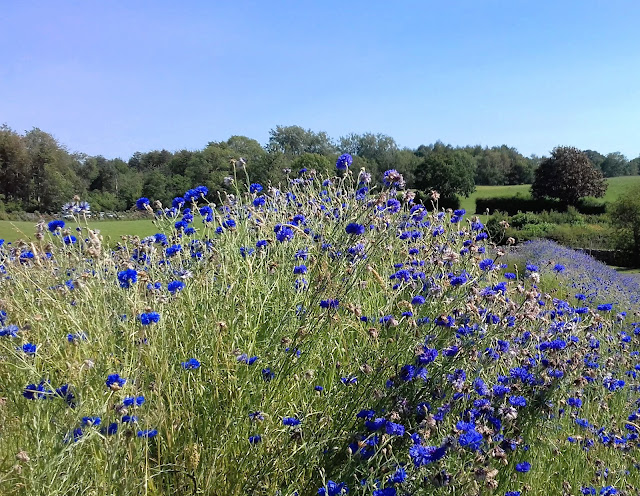 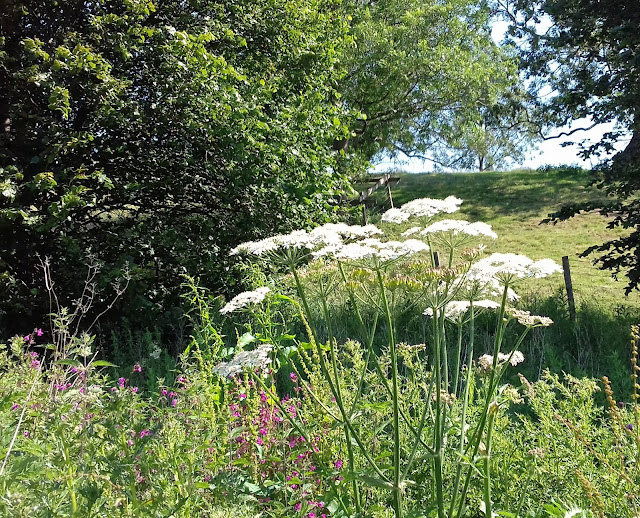 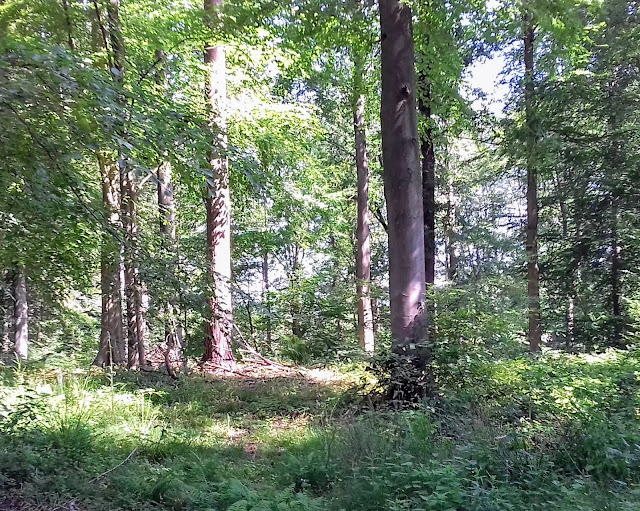 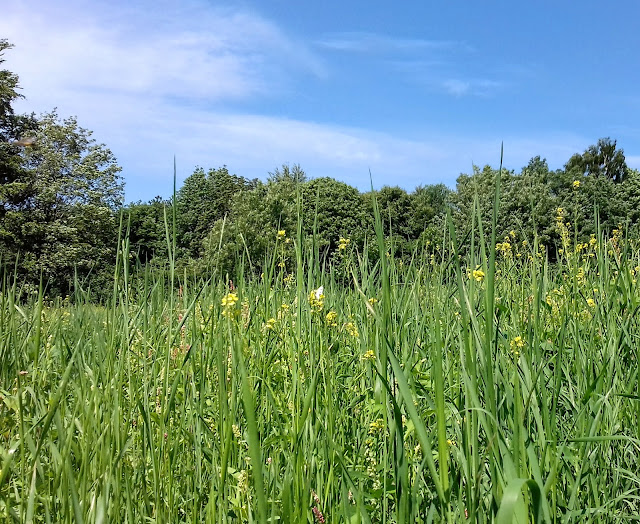 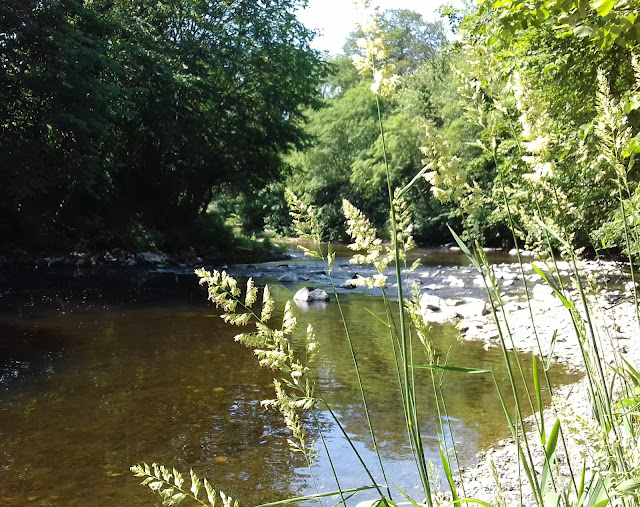 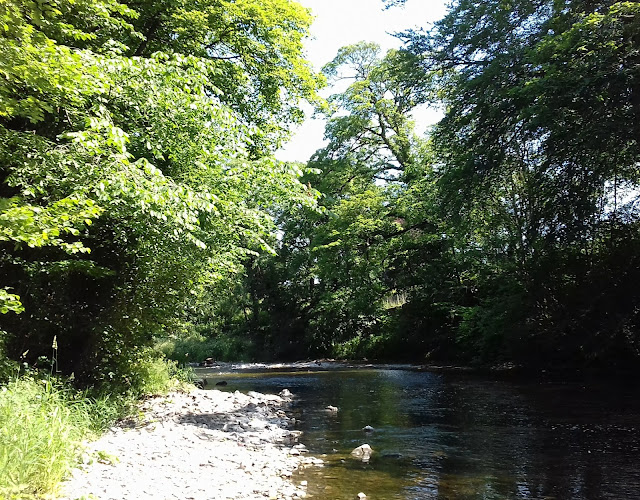 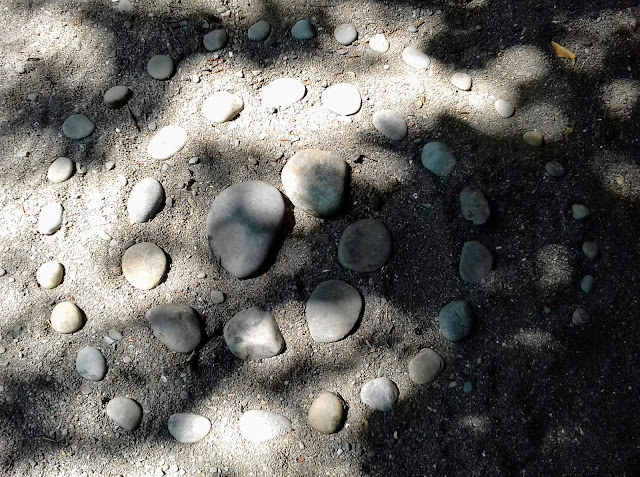 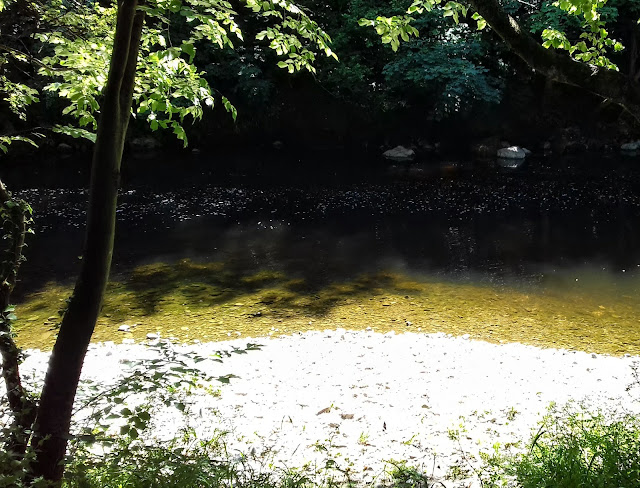 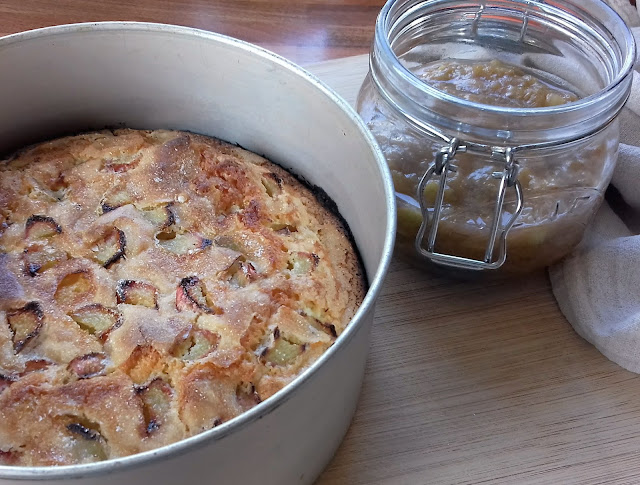 The following day was forecast to be hot hot hot, so we decided on an early morning walk through the fields before high temperatures would have made it far too uncomfortable. The pond and the stream which runs through the woods were almost completely dry, and a still quiet replaced the more usual noise of running water. At a clearing in the tress the wildflower meadow appeared alive with butterflies and bees, as startled rabbits darted off into the undergrowth flashing their white tails.
While we were out we called in at the farm shop so that I could buy some rhubarb and we also treated ourselves to some delicious chocolate ice cream. 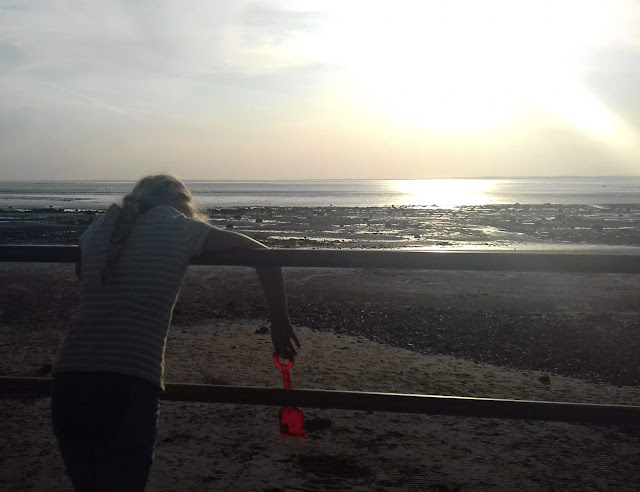 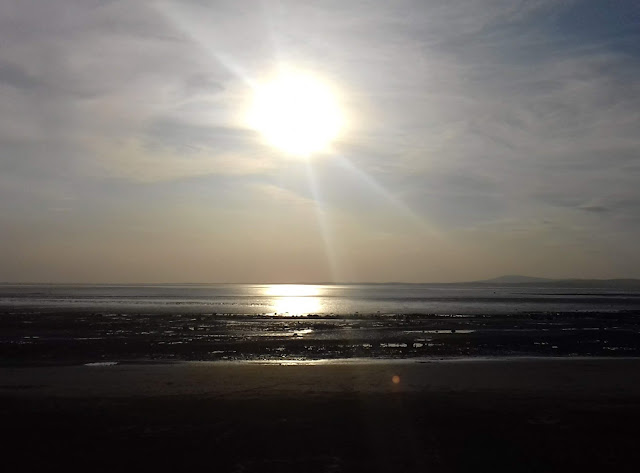 With not having been able to travel very far, we have spent a lot of time down by the river over these last few months. Although, much as I love it there, for me it doesn't come compare to being by the sea and following our setback earlier in the week it was with huge delight that we finally made it to the shore. Sandcastles were built, shells collected and it just felt so good to sit and gaze out to sea as shadows grew longer and the sun sank lower in the evening sky.  I hope we will get to enjoy many more visits there this year.

Disappointingly, by the end of the week our spell of good weather had broken and it was a very damp Mog who announced her displeasure at this (rather loudly) at 4am on Saturday morning. The sunflowers have been on the receiving end of quite a battering from the strong winds and rain, although fortunately, having been propped up again several times, they all seem to be okay. The tomatoes are beginning to flower now and the beetroot and carrots appear to be growing well so I hope this means we will get to enjoy some of our produce in the next few weeks.

With the summer weather seemingly on pause for the time being, we are concentrating on our last few weeks of home learning. There are only three weeks of the school term remaining now and although at the beginning of the year I could never have imagined it would turn out to be anything like this, I think that despite one or two tricky moments we have successfully navigated our way through this unfamiliar territory.