A Change in the Weather

Since our walk up the fell earlier in the week, the weather has turned cooler and we've been experiencing heavy rain showers intermittently throughout the day. It's great for the gardens, which are soaking up the water, but I'd much rather be enjoying some warm sunshine at this time of year. It is for this reason we've been spending more time at home this week. And I can't help but think we may have already seen the last of the really hot days.

On Tuesday, I spent some time in the kitchen attempting to use up several courgettes I'd been given. Although quite versatile, they are not a vegetable I cook with all that often. Usually a recipe will call for just one, and so I buy more than I need, only to discover the rest turning soft and bendy at the back of the fridge, several days later :) Anyway, these courgettes were huge, so I needed a recipe that would use at least more than one, so I had a look online and found this, Pasta-less lasagne. Initially, I was curious, until I looked more closely at the ingredients and realised it was basically a moussaka. Well, I like moussaka and this would use up possibly two of the courgettes, and so I set about slicing and frying, until what felt like hours later I ended up with a very time-consuming-to-prepare, but very delicious meal. 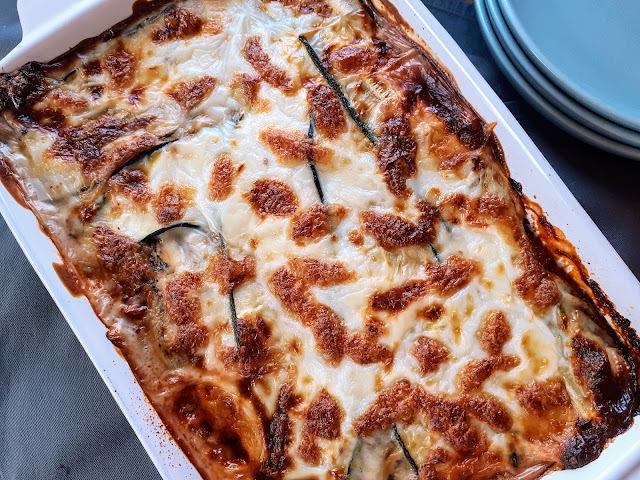 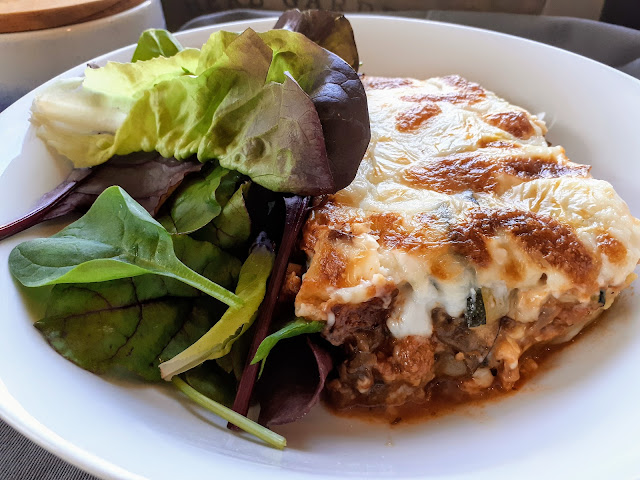 While it was in the oven, I decided there was no way I would go to the trouble of making it again. But it was so very  tasty, and seeing as it would provide us with enough servings for more than one meal, then it would be worth all the of the faffing and dish washing that came with it.

Yesterday, I had some errands to run in town and while we managed to dodge the showers, we also visited the Library, where I signed Lily up to their summer reading challenge. This encourages children to borrow and read six or more books over the holidays. I'm not feeling all that optimistic, as although she is very good at reading, it is not an activity she really enjoys. In contrast,  however, she was more than happy to assist me with foraging for raspberries that afternoon.

I thought we would take a short walk along the lane to see if there were any remaining where we would usually pick them. Typically, all the really good ones we're way out of our reach, or behind a large patch of nettles, but we still managed to collect enough for three jars of jam. These should last us a while, once the blackcurrant is finished. 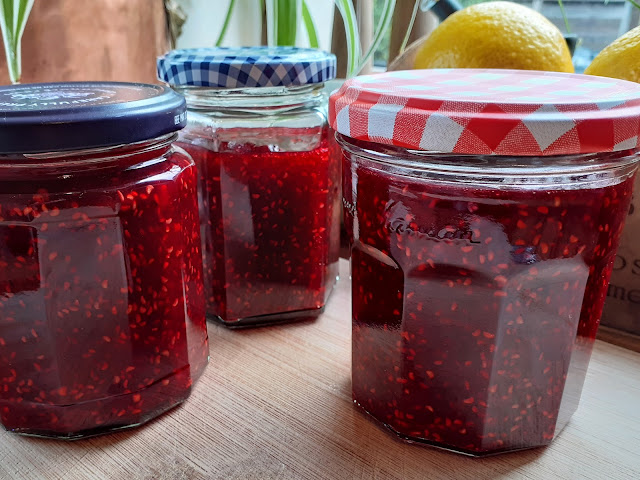 Oh, and there was a knock at my door last night. I've been given another three huge courgettes!