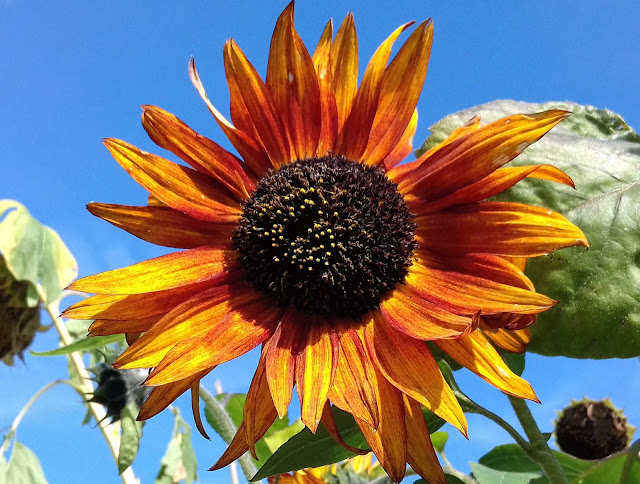 This week has seen a sudden shift in the temperatures and the days (and nights) have been much cooler here. The garden is beginning to look rather tired now and most of the flowers are past their best, aside form the dahlias and the last of the orange sunflowers. These flowered a little later than the rest and seem much more appropriate for this time of year. I must remember to sow them a little later next season. The garden has served us well this year but it will soon be time to pack away the outdoor furniture and give everything a good tidy to prepare for the winter months ahead.
I'm still settling into my new daily routine but I'm pleased to say it's all beginning to come together quite nicely. Weekdays tend to be when I'm at my busiest and are pretty much taken over with work and the school run. I also try to squeeze in the  household chores whenever I can, in order to leave the weekends as free as possible for more favourable pastimes. 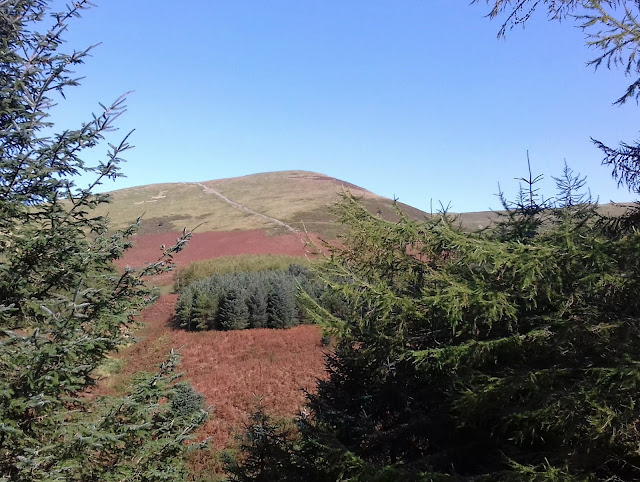 Last weekend, while the weather was still lovely and warm, we climbed Graystones and Broom Fell, near Whinlatter Forest. The original plan was to walk up Broom Fell first but, having turned off the track a little earlier than we should have, we ended up completing the walk the opposite way round : )
Our route initially took us along a forest track through the trees before opening up onto the open fellside. The clear day meant we had some beautiful views, over the sea to the west and Scotland to the north.
Once we reached the top we turned back on ourselves to walk along the ridge across to Broom Fell. Although we could clearly see the cairn in the distance, for a while it seemed as though we weren't getting any closer, but soon the summit was within reach and we were greeted with the most stunning view of the Skiddaw range infront of us with a glimpse of Bassenthwaite Lake below. 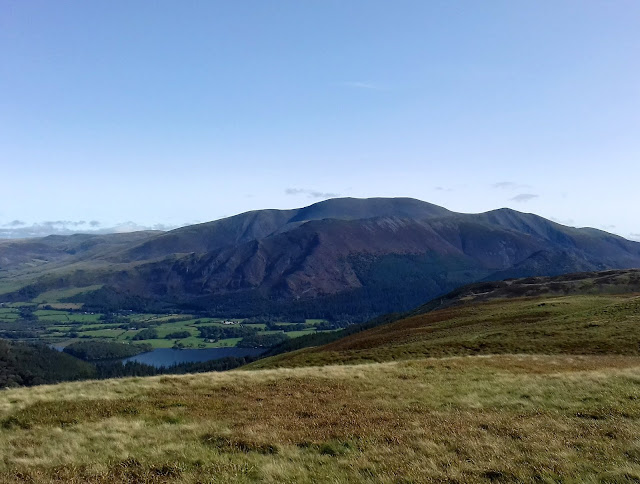 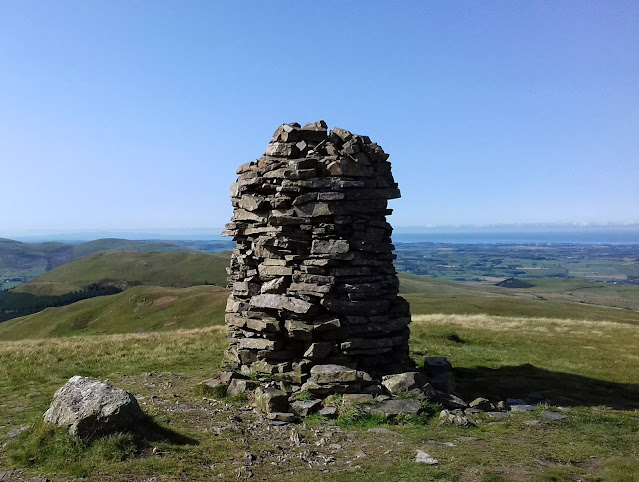 We enjoyed a picnic lunch at the summit before taking the more direct path down the fell which ran alongside a ruined wall. 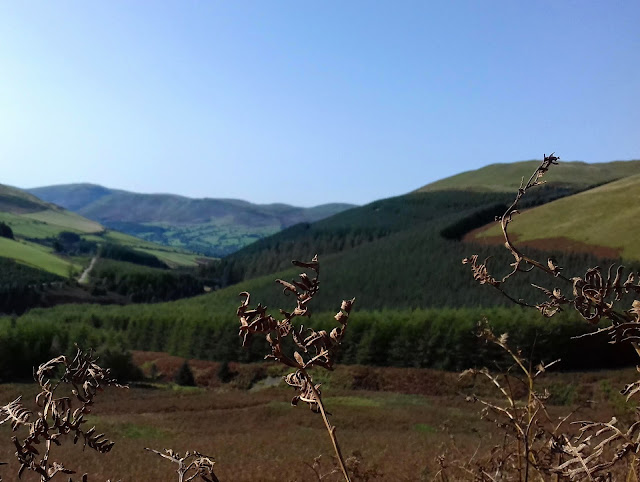 The descent from Broom Fell, looking towards Graystones. The bracken is giving the fellside a wonderful autumn hue. 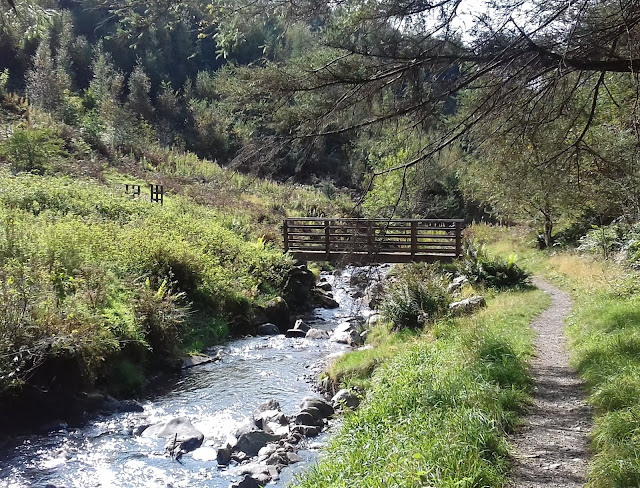 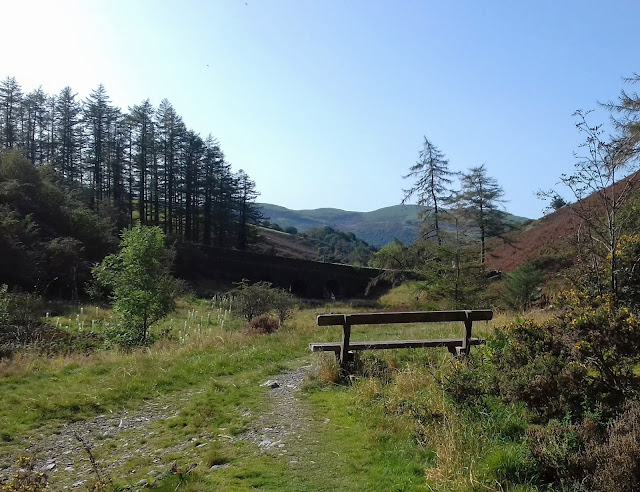 On the way back to the car park we took a short detour alongside Aiken Beck. There is a small waterfall here which we will visit at a future date. A winter walk to look forward to on a frosty day. I can see myself enjoying a hot chocolate whilst sitting on that bench. 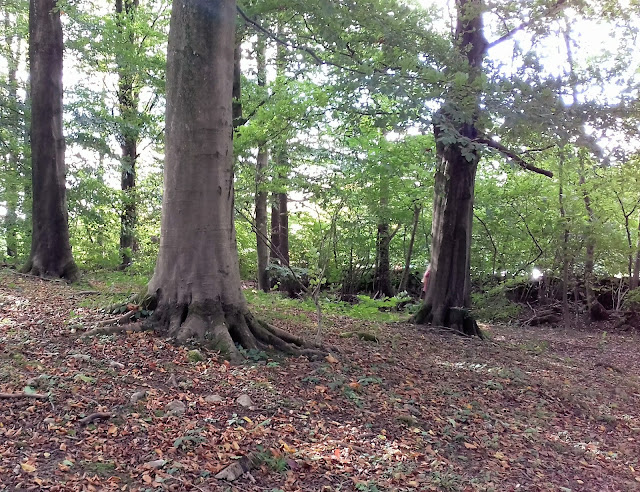 As the week continued, the temperatures fell and the warmth of the sunshine was replaced with a distinct autumn chill. The central heating has been switching on earlier in the evening and I've been needing to wear my gloves on the morning commute. On Saturday we donned our wellies and went for a walk in the woods. The trees are beginning to shed their leaves and the ground was covered in acorns, crunching underfoot as we walked. The hedgerows are still providing an abundance of elderberries and fortunately I had a container with me, so we returned home with it full to the brim. They're packed away in the freezer now and I'll be using them along with some blackberries to make more compote as the weeks go by. 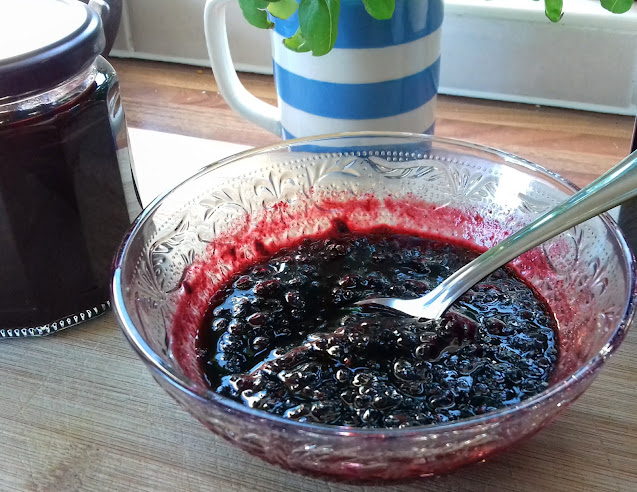 Here's some I made during the week. At this time of year I love to stir a large spoonful into my porridge at breakfast time, but it's just as delicious on yoghurt and I imagine it would be very tasty on a rice pudding as well : )
This is how I make mine.
Approximately 900g of fruit (I used 525g blackberries and 375g elderberries).
450g granulated sugar.
The juice of 1 lemon.
½ teaspoon of ground cloves.
Put all the fruit into a large pan. At this point I like to squish the fruit a little bit using a  potato masher but you don't have to. Add the sugar, lemon juice and ground clove. Bring to the boil and simmer for approximately 15 minutes, stirring all the time. Pour into sterilized jars. This made just over three jars. 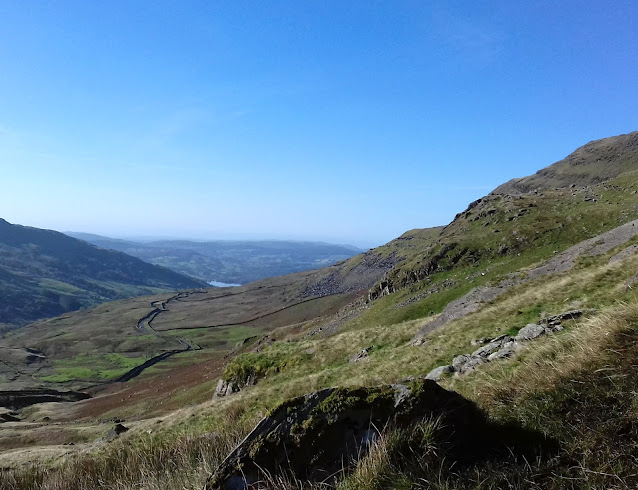 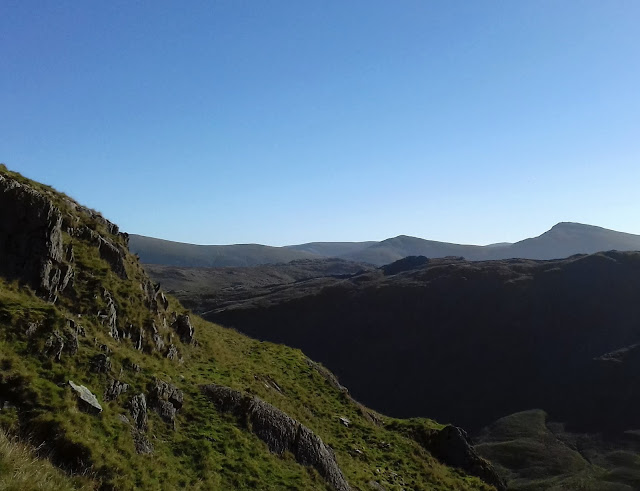 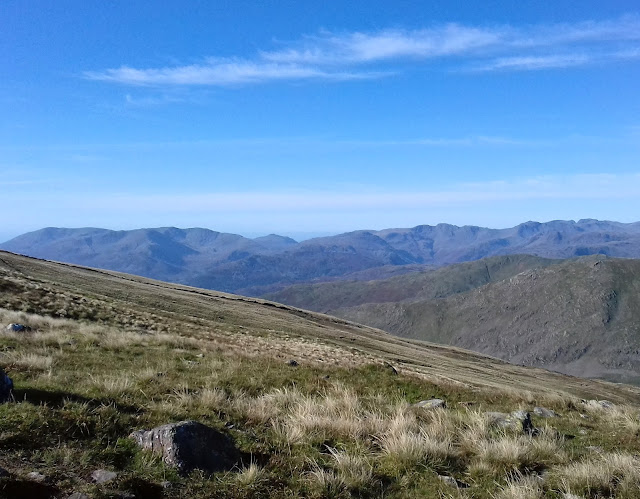 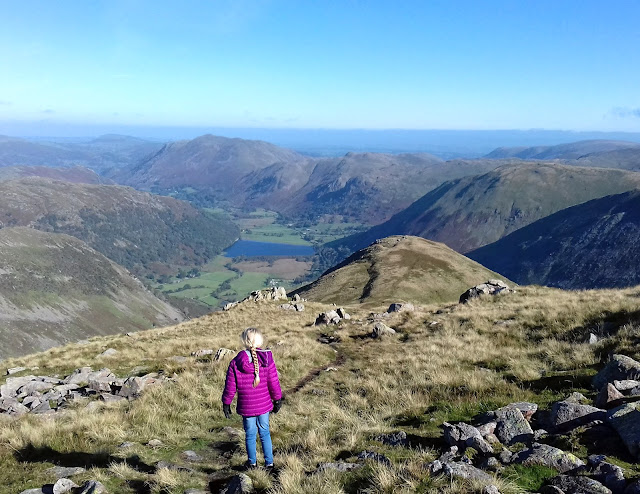 On Sunday morning it was incredibly cold, although it was a beautiful sunny and clear day, and just perfect for what I had in mind. We drove to the top of Kirkstone Pass, parked up opposite the inn and climbed Red Screes, dropping down to bag the summit of Middle Dodd while we were there. The walk itself was short and very steep but the views were simply breathtaking and we could see for miles. It made me think, I've been able to spend a lot of time outdoors this year and I'm really feeling the benefit to both my mental and physical wellbeing. As we head deeper into autumn I realise this precious time will become less frequent and it will be even more important to make the most of all that this season has to offer.
J. X
Posted by Jules at 19:51 64 comments: