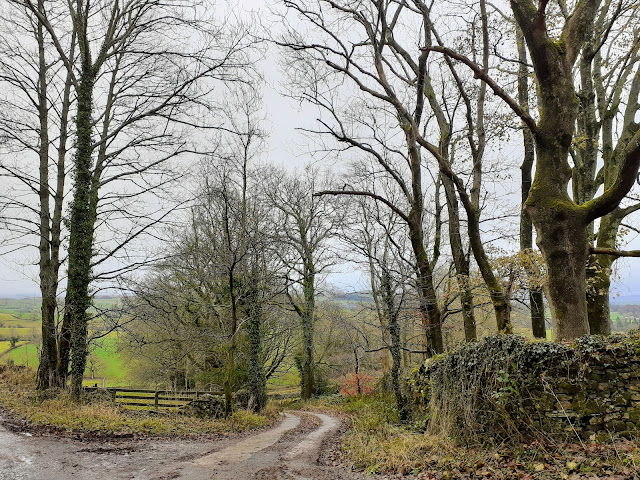 It was a disappointing start to the day. Our original plans for the morning were, unfortunately, cancelled, so instead I busied my way through some household chores. I've managed to conquer the mountain of ironing, complete a small supermarket shop and vacuum throughout, but there is still a lot to catch up with, so I've left any intentions of adding to the Christmas decorations for another day. 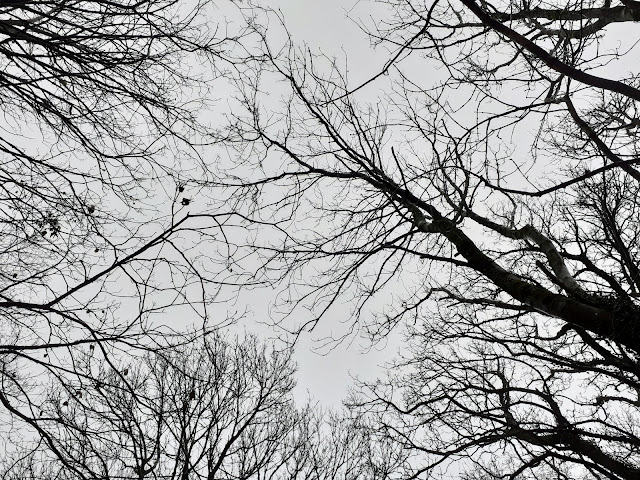 The weather has been decidedly end-of-year-ish. Generally gloomy and grey, raining on and off throughout the day, and with the sort of damp chill in the air that goes right through to your bones. This afternoon we wrapped up warmly and walked a short way up a nearby fell to where is now my dad's final resting place. At the foot of a tree, a little way off the main path. It is somewhere he used to walk most days until his health began to deteriorate and I'm sure he would have been pleased with our choice. 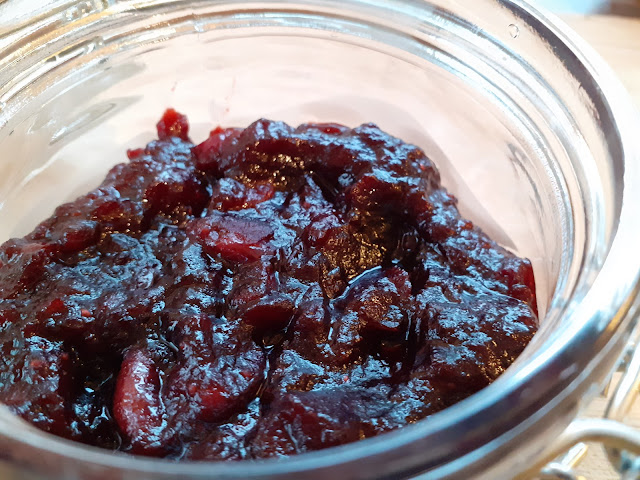 I spent the rest of the day busying myself with writing lists. Gift lists, food lists and most importantly a list of joyful Christmas activities. Some that I would like to do if I get the chance and others that I think I should intentionally make time for, just because. I had hoped to bake some mince pies, but feeling a little wrung out I decided on some flapjack instead - I can make that with my eyes closed :) I also set about making some cranberry sauce and just as daylight began to fade, the house was filled with the delicious aroma of cranberries and port, with a slight hint of spices.