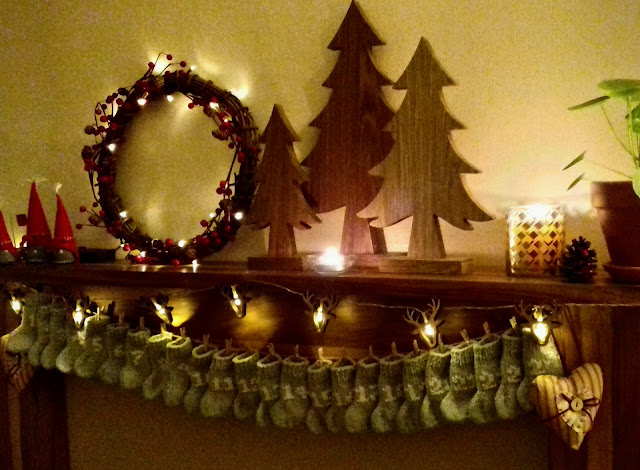 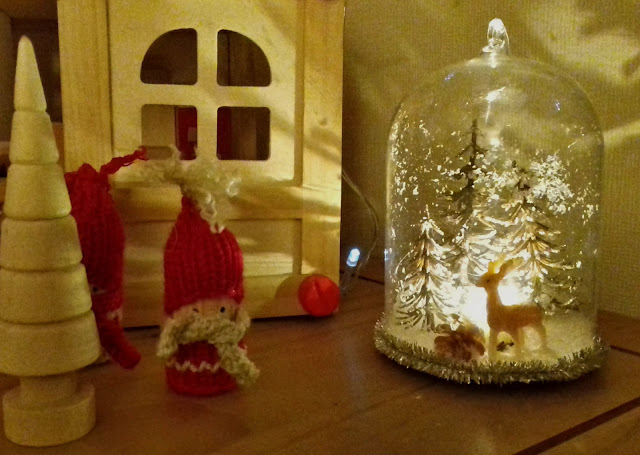 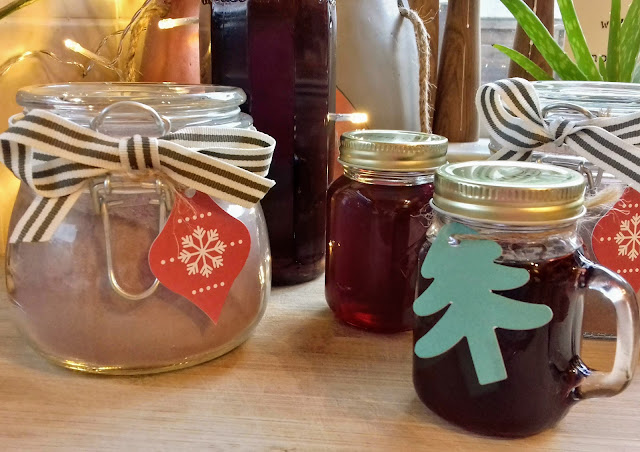 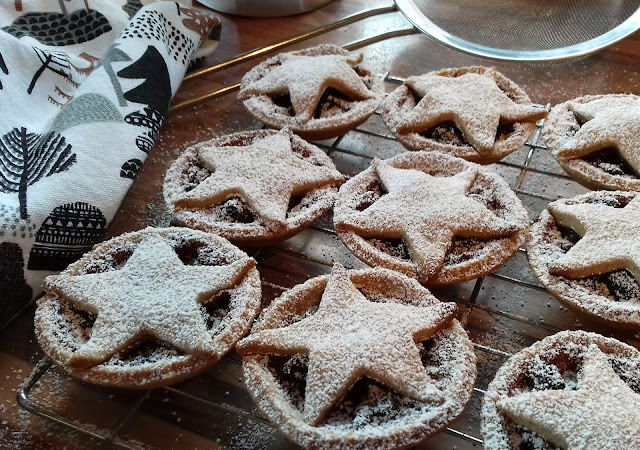 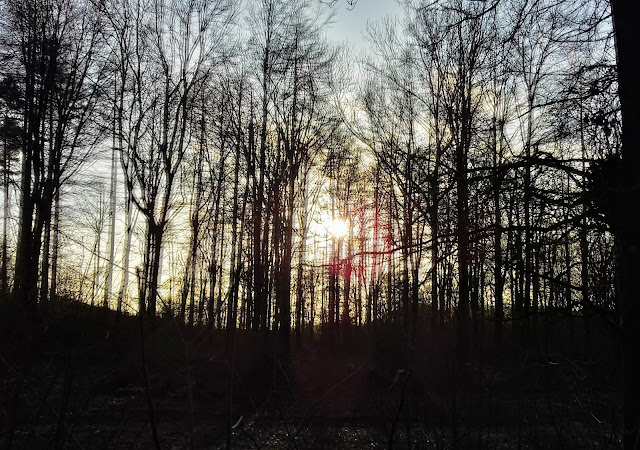 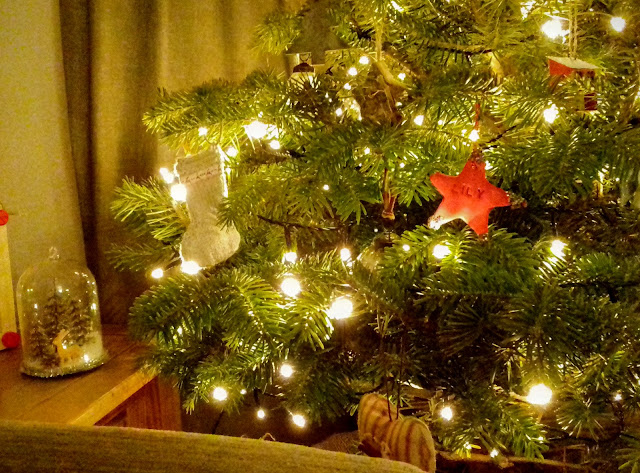 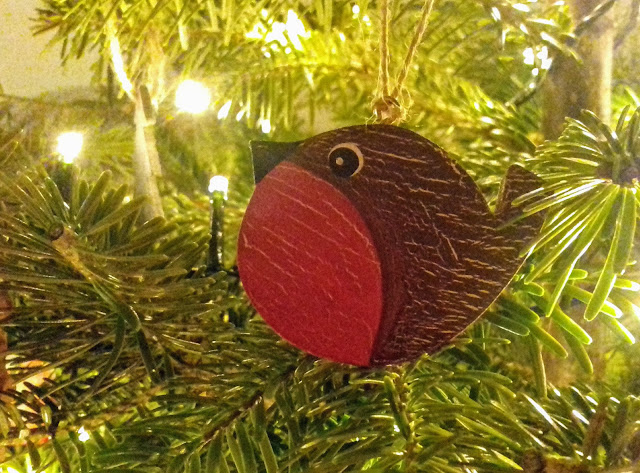 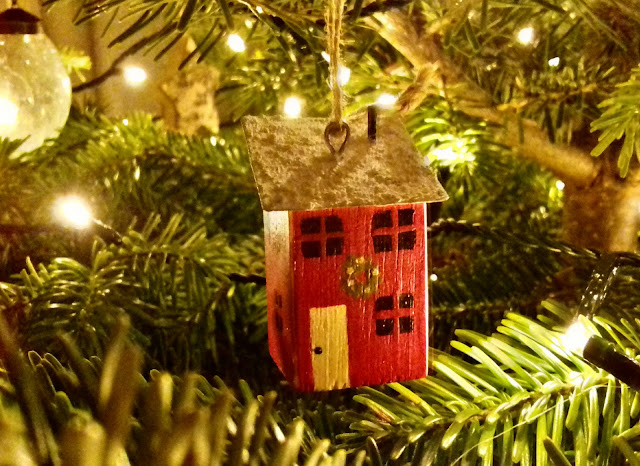 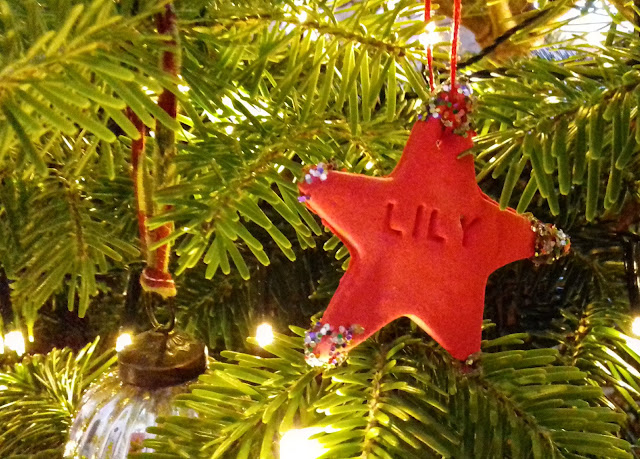 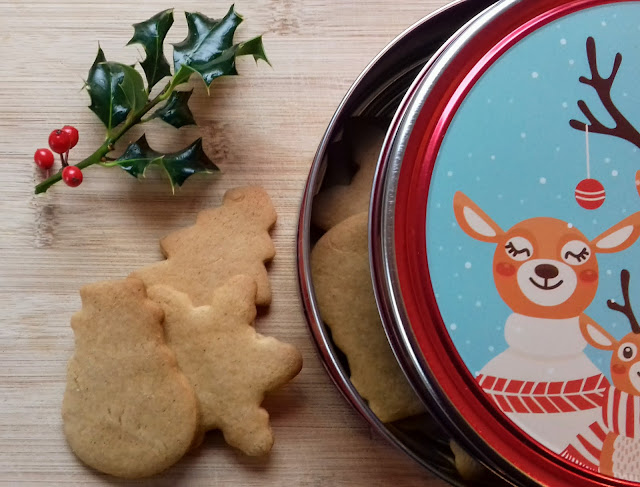 We've decorated the tree, the gifts are (almost) all wrapped and the cards have been posted. With just one week to go until Christmas Day the excitement level is increasing and we've been taking time to enjoy everything about this most wonderful time of the year. We've visited a Christmas tree festival, seen Santa on his sleigh and enjoyed the school's Christmas celebrations - Lily was a rapping King!


Our little tree is spending it's third Christmas with us and has three new decorations this year. A little robin, a snow covered house and a star which Lily made at school. The living room lamps keep getting switched off, so we can sit in just the glow of the fairy lights. The tree is slightly wonky but to us it is perfect, and I expect I'll feel a little sad when I have to return it to the garden again in January.


In the kitchen I've enjoyed a change from making mince pies by baking gingerbread cookies instead. I use this recipe here but with the addition of some ground cloves to give them more of a festive flavour. Lily assisted by rolling the dough and cutting out shapes of stars, snowflakes, Christmas trees and snowmen, and, just like the mince pies, they're disappearing fast. I've strained (and tested 😆) the blackberry vodka and bottled some as gifts, and also made up some jars of hot chocolate mix to give away. 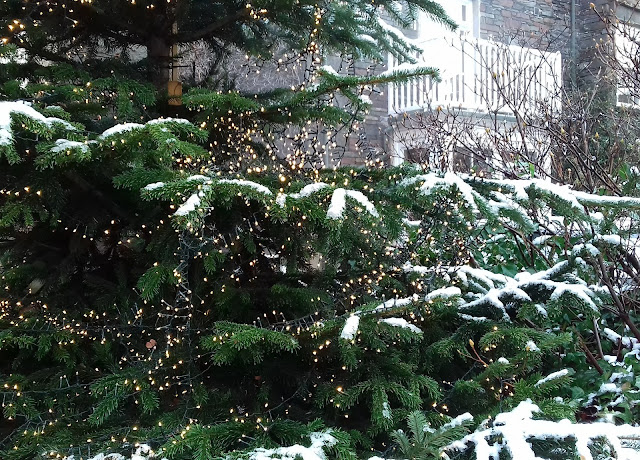 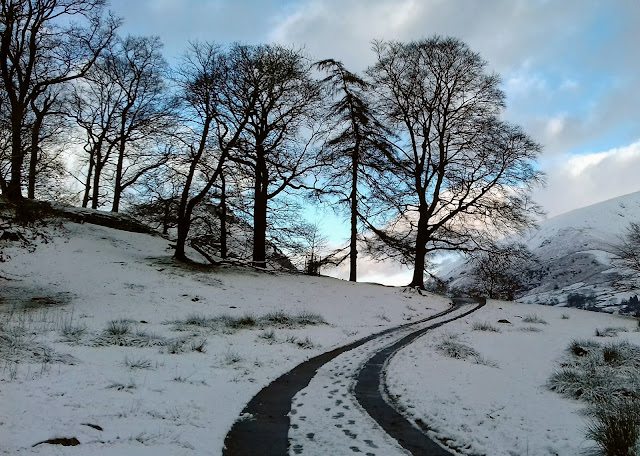 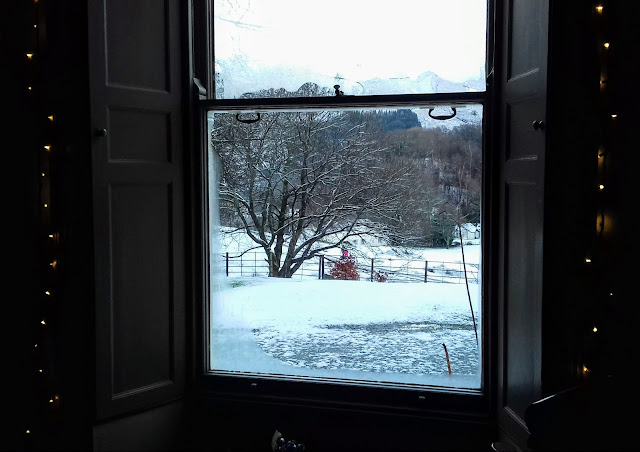 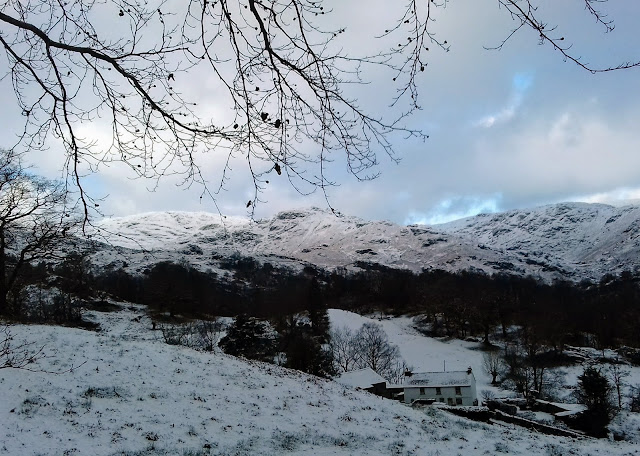 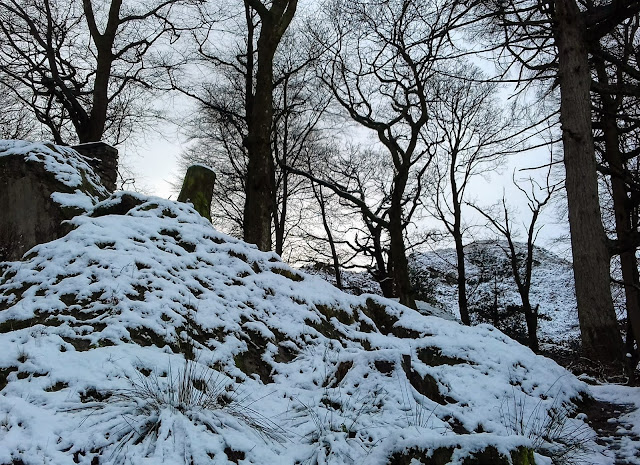 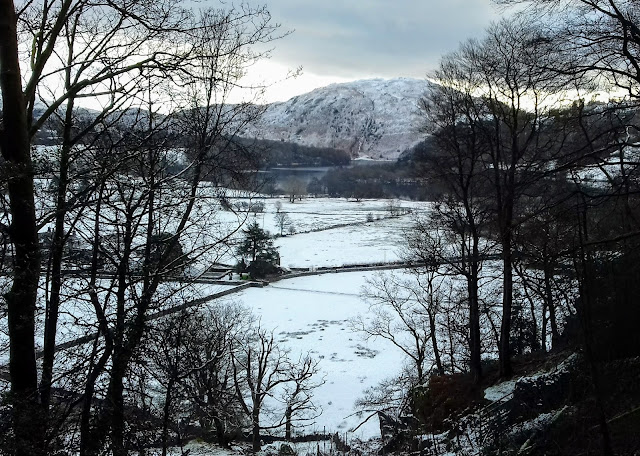 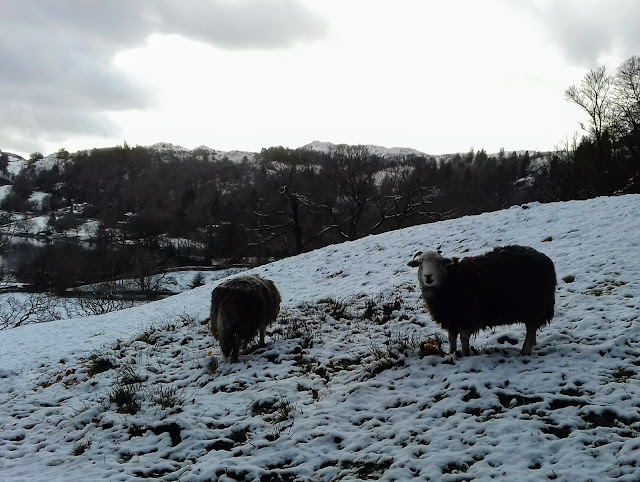 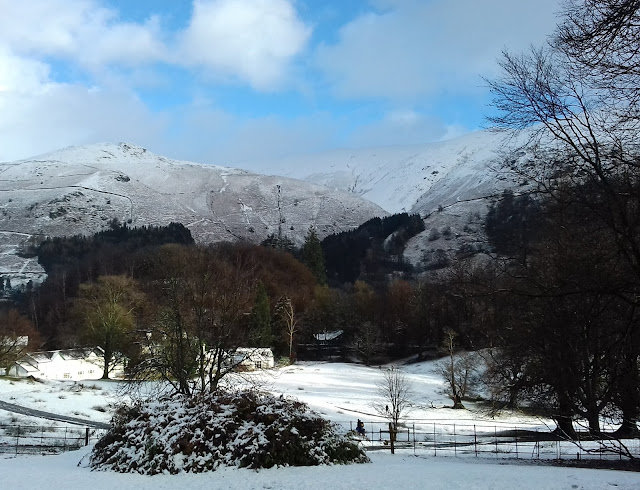 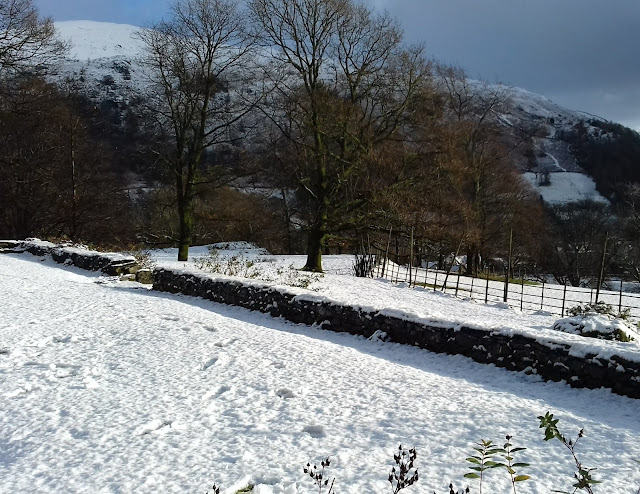 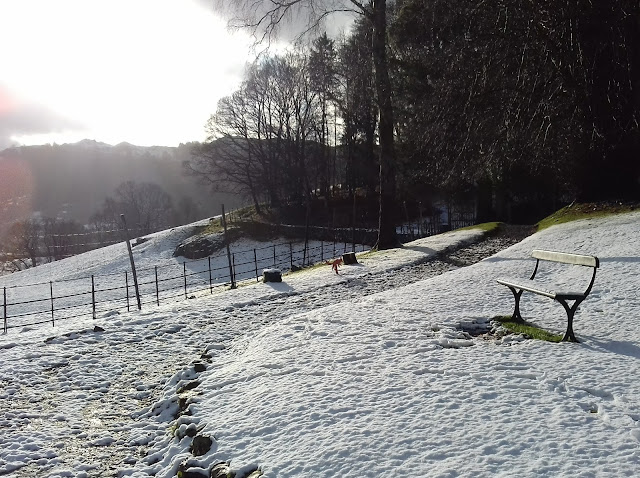 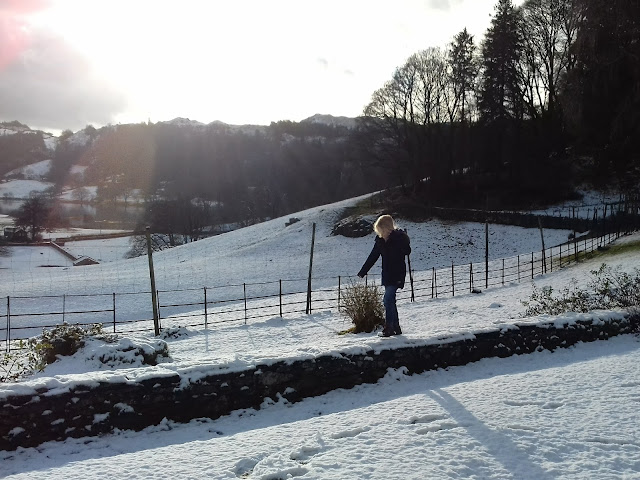 At the weekend we had the greatest surprise when we awoke to a covering of snow.  Lily had been super excited to decorate the tree but it was nothing compared to the thrill of snow, especially on the lead up to Christmas. Lily made a snow angel and there may have been a brief snowball fight. ❄ We enjoyed a leisurely walk and, although it was a very cold morning, afterwards we were able to warm ourselves with a hot drink in front of an open fire. 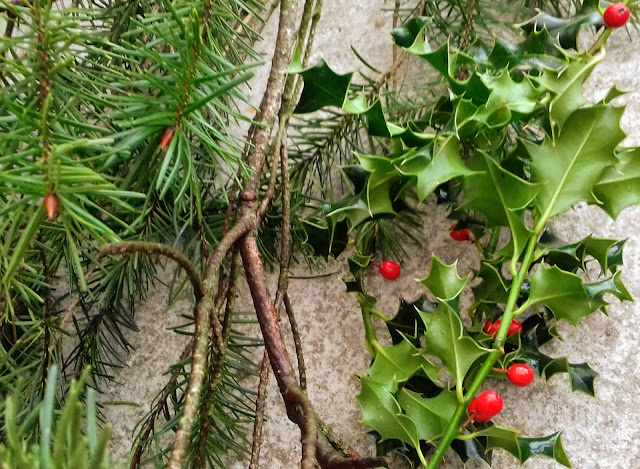 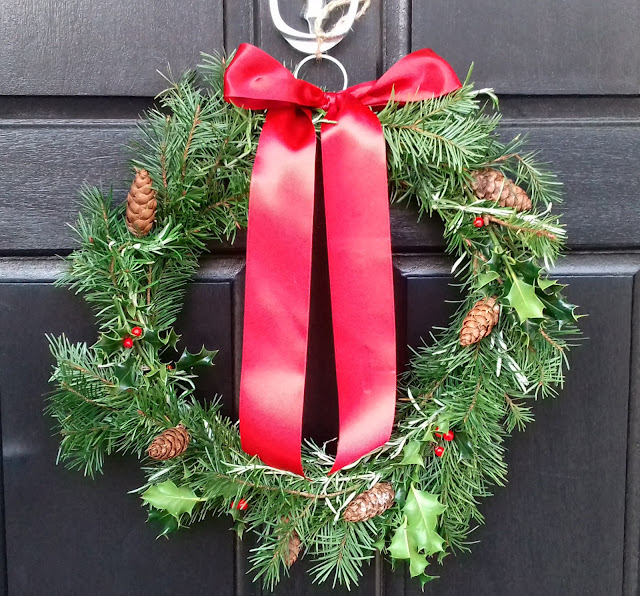 As we made our return along the riverside I was lucky to spot a long pine branch on the ground, a suspected casualty of the recent strong winds. I must have looked a bit of a sight carrying it over my shoulder but I knew it would be perfect as the base for my door wreath. I collected a handful of pine cones and also added them to the wreath, together with some holly and rosemary from the garden. It smells amazing.

Aside from the period of calm between Christmas and New Year, this is probably my favourite time of the season. Most of the preparations are complete and I can relax and enjoy myself knowing everything is taken care of, except from perhaps a little food shopping, icing the cake and baking some more mince pies.
Will someone please pass me the Quality Street?