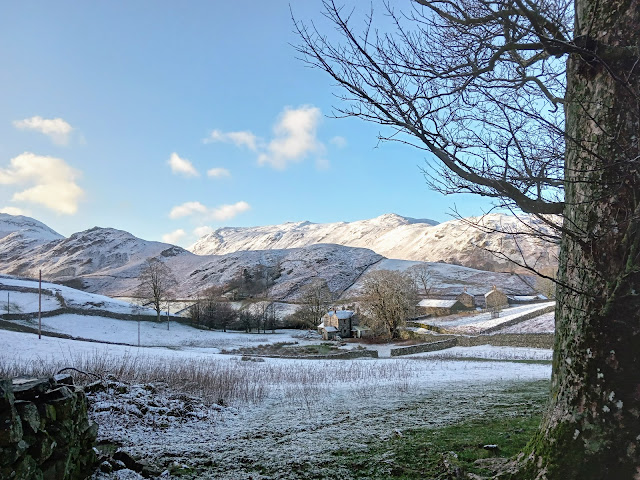 Although, not quite so new anymore, I was actually a little surprised when I wrote out the date this morning. Where did the time go! I've ambled into this new year quite uneventfully, which is always a relief, as for many years it was never a good time for me. If something was going to knock me sideways it would generally happen at New Year, so now I often find myself braced and prepared for the inevitable. But thankfully, on this occasion, it was completely unnecessary.

The decorations got packed away during that first weekend and, although the house initially looked a bit empty and bare, it was good to give everything a thorough clean and tidy. I couldn't believe how long it took me, however, but I do like taking care to store everything away properly. And yes, I remember exactly where I've packed the little bells :)

There have been a few firsts here this week - first day back at work and school, first run of the year (first of many, I hope) and first fell walk of the year. The weather has mainly been grey and damp, with the occasional sunny day to brighten the spirits. Like most of us, I've been feeling very January-ish. It is definitely not my favourite time of year, especially with it being so dark. It often feels as though the day doesn't begin properly until around mid-morning. Fortunately we have one or two nice things planned over the next couple of weeks, so that will be something to look forward to, at least. 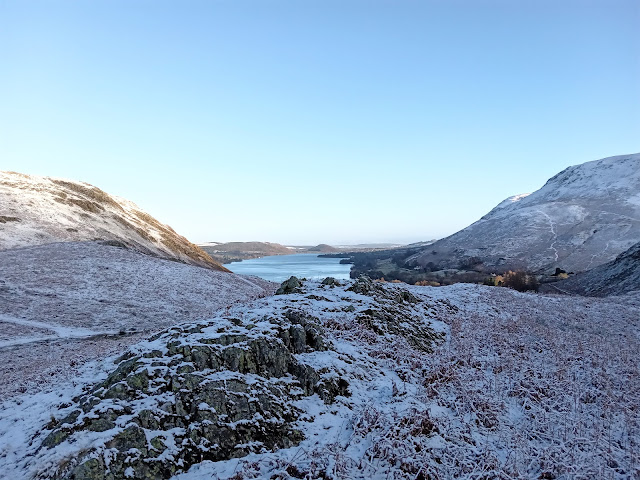 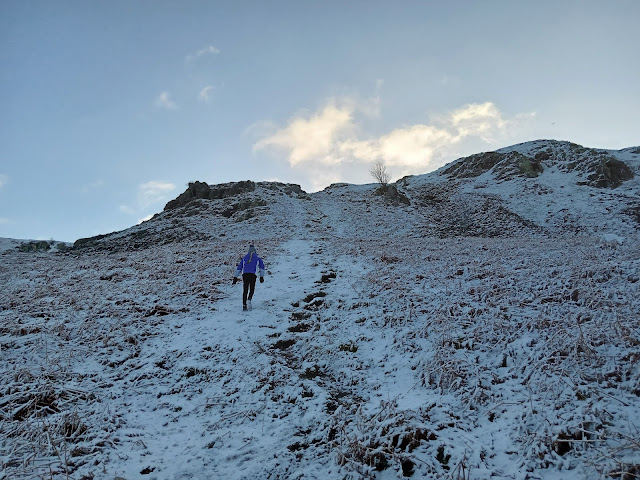 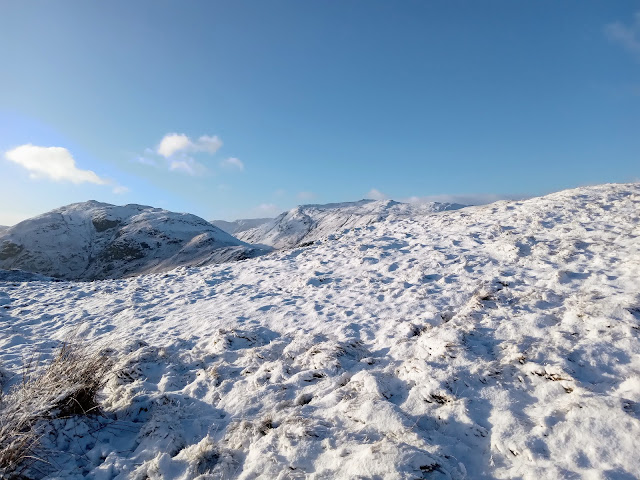 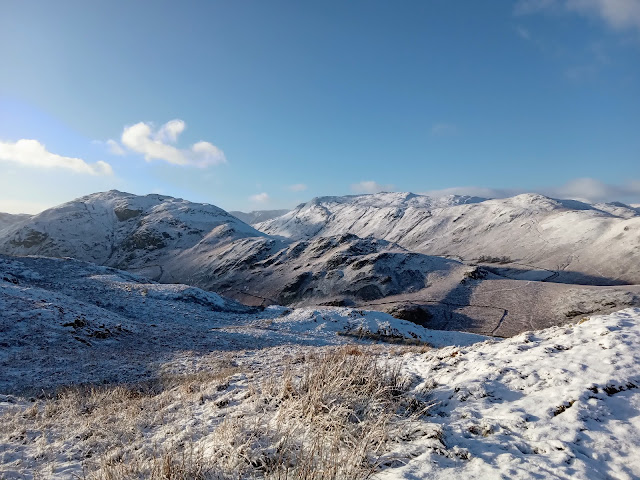 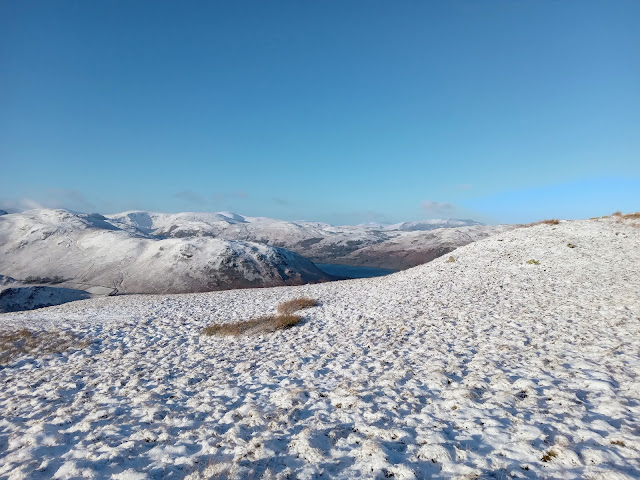 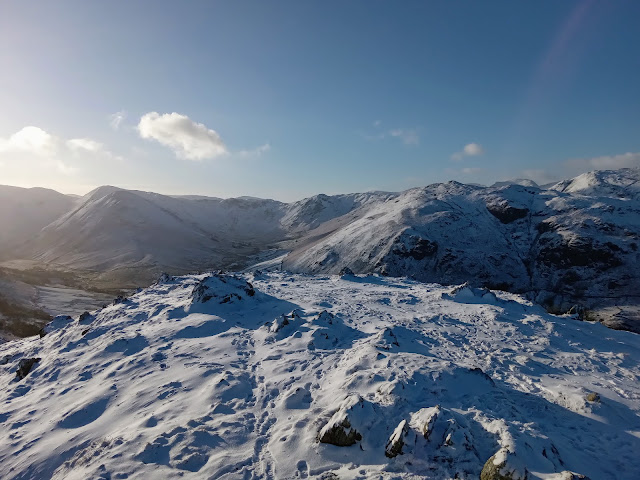 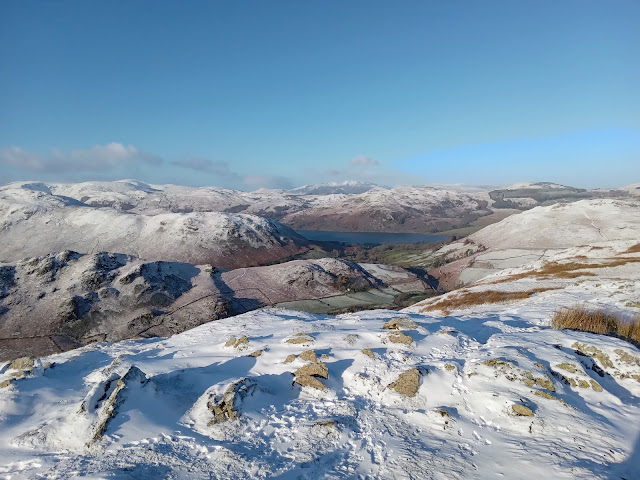 Our fell walk took place on the day before school started back. The forecast was good, so I didn't want to miss the opportunity to get out, but being rather chilly and the fact I knew it would be very windy on the higher fells, I decided it was best to keep to the lower ground where we could, at least, enjoy looking at the other snow covered summits. As I am not an experienced hiker and I would never take risks, so it was a lovely surprise to discover that even on this smaller summit there was quite a generous covering of white powdery snow. Not such a nice surprise, however, to discover that the narrow road to the starting point of the walk was more than a little bit sketchy. Still, we made it...just! The initial climb was quite steep. I had originally planned to walk the route in the opposite direction, but on arrival I changed my mind, as it wouldn't have made for the easiest descent in the snow. The views were stunning and, as always, it was lovely to see the fells from a different perspective, and perhaps pick out which one to climb next. 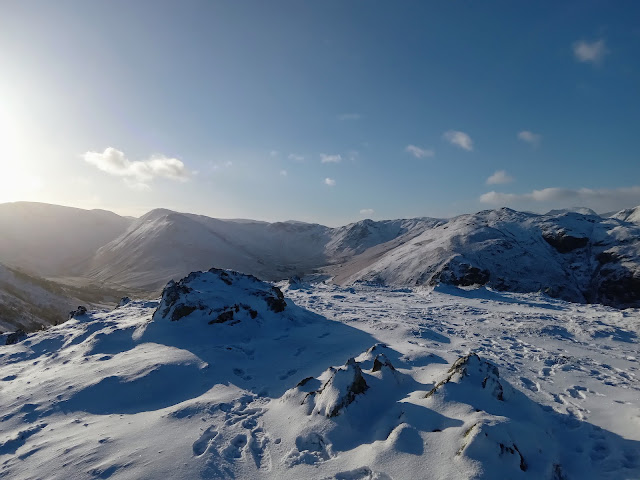 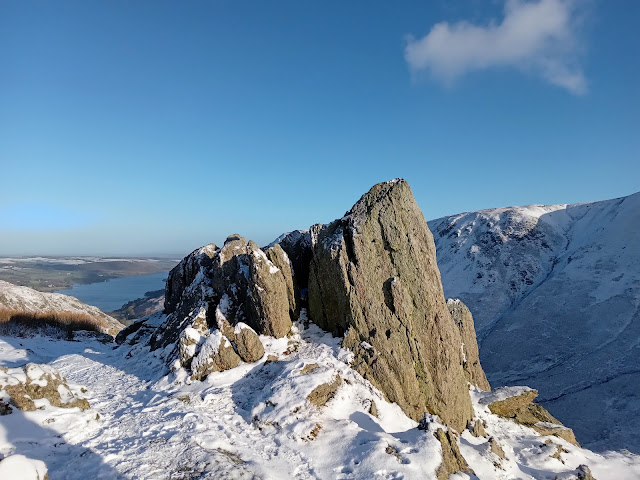 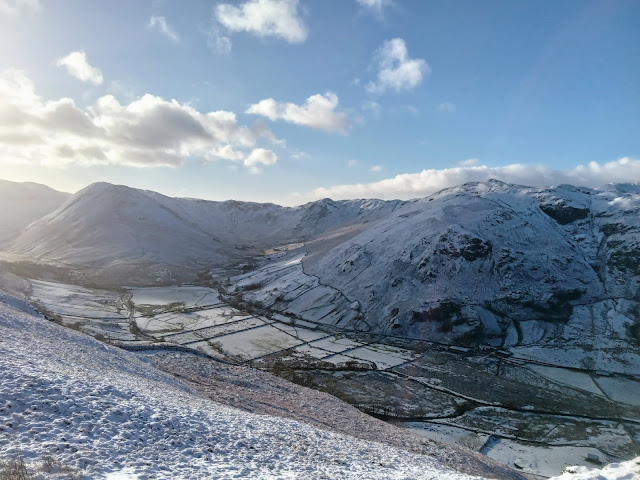 The walk itself was fairly short, and as it was so cold, it was decided we would eat our lunch back at the car. I was glad I had taken some hot Winter Spice with to warm me up - the squash, not the vodka on this occasion  :) And, thankfully, the road had cleared of ice on our return.

At work, just when I think my hours have settled down, I have been asked to provide extra cover from time to time. I don't really mind, as I quite enjoy taking on a variety of roles.

At home, I have been  ruthlessly tidying. The dining room has seen some serious cleaning and, when I get the chance, I will be working my way through the rest of the house. My houseplants have all been receiving some tender loving care, and as much daylight as I'm able to provide. This week I took delivery of some citrus compost (I never even knew there was such a thing!) and my little lemon trees have now all been re-potted. Several of them have sprouted some fresh new shoots since Christmas and I'm determined to keep them thriving for as long as possible. I'm trying my best to ignore the current muddy mess which is the garden, as besides regularly cleaning and replenishing the bird feeder, I think I'll be better off waiting until the weather improves. It is making me incredibly happy to see we're getting a regular stream of feathered visitors, especially when I put out some mealworms.