Last week we were on a break from pre-school and  I was more than ready for this respite from the usual hurrying around in a morning. We were a little indulgent in our laziness and unashamedly Lily even spent a whole day in her pyjamas.
On Wednesday, however, we were up and out of the house early once again. It was a beautiful blue sky day (don't you just love it when those kind of days coincide with being off work?), perfect for a much longed for return visit to Easedale Tarn.
Easedale Tarn lies West of the small village of Grasmere and at the end of a very scenic yet gentle climb alongside it's outflow, Sourmilk Gill.
We set off from Grasmere just after 9am and I was so glad we did as it was still lovely and quiet. It was a sunny and bright morning with stunning clear views, not too hot for walking. Lily led the way and at times it was an effort to keep up! Except, of course, when there was the obligatory stop for flapjack. 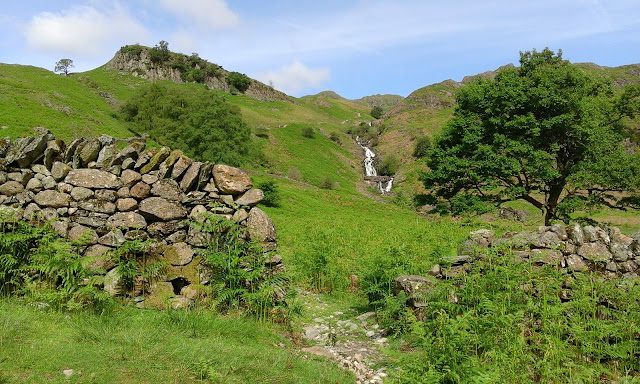 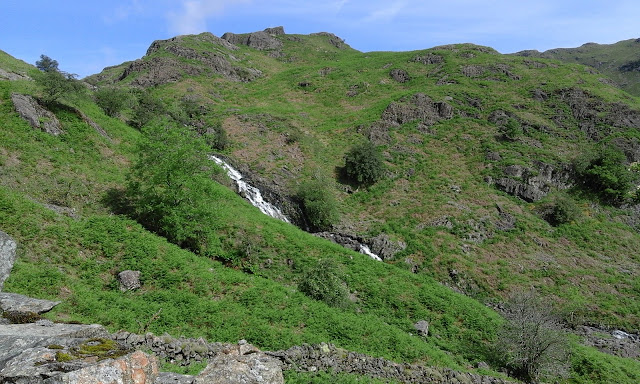 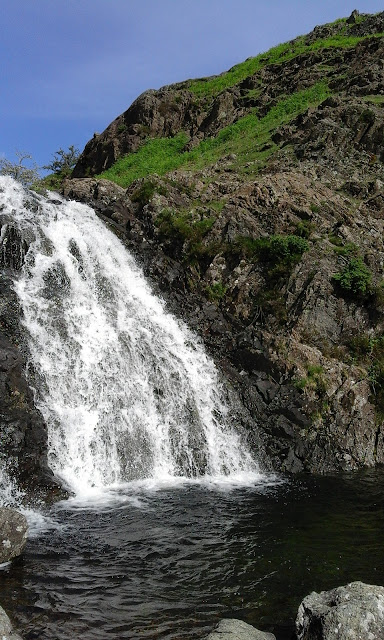 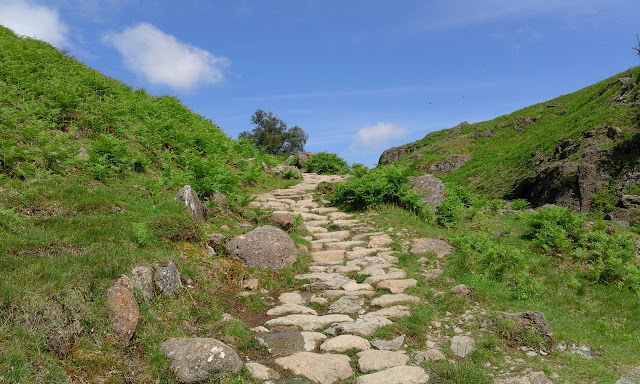 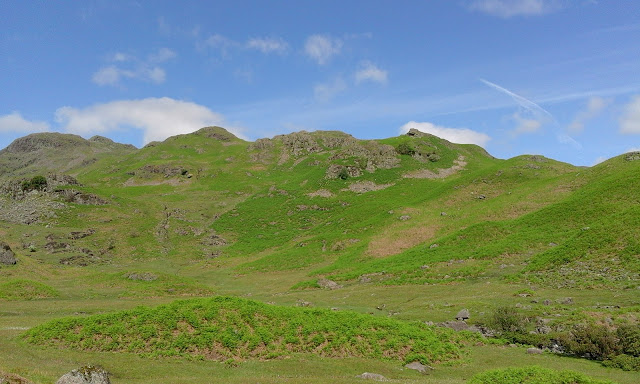 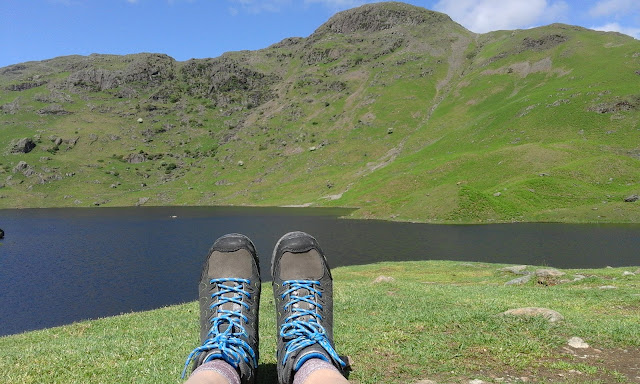 Our walk was also a good excuse for trying out my new walking boots. Unexpectedly, my last boots had given up on me the previous week. I'd had them for over six years, although I was hoping they would last longer. Goodness knows how many miles they must have covered in that time. The trouble was they had been incredibly comfortable, so naturally I was a bit concerned about wearing in some new ones. There was no need, however. They are just fine and surprisingly much lighter on my feet, which makes keeping up with Lily that little bit easier.
Following a picnic beside the Tarn and taking in the views we set about our return to the village via Far Easedale Gill. The way back was rather boggy in places but was easily avoided by walking on the stones, so no need for wet feet.  (Lily take note!) 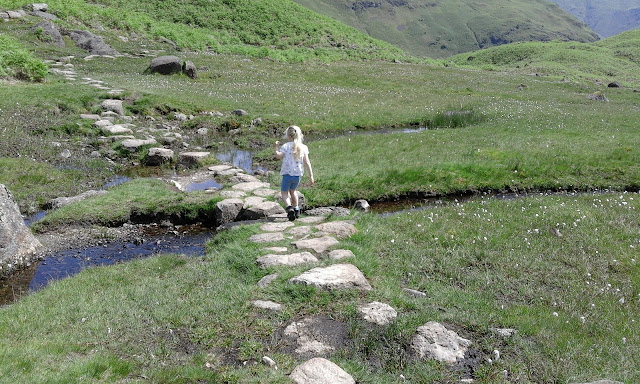 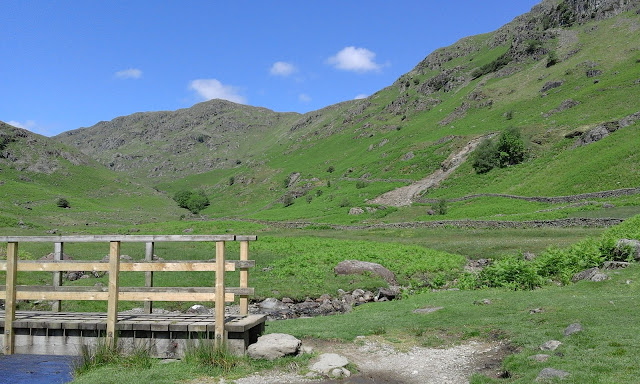 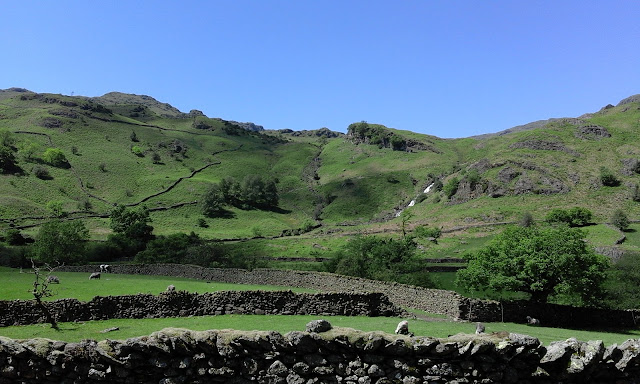 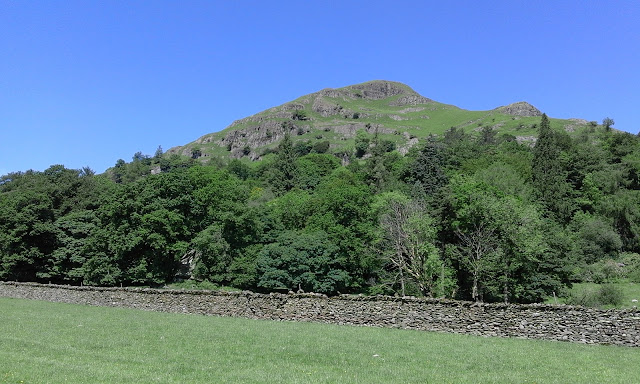 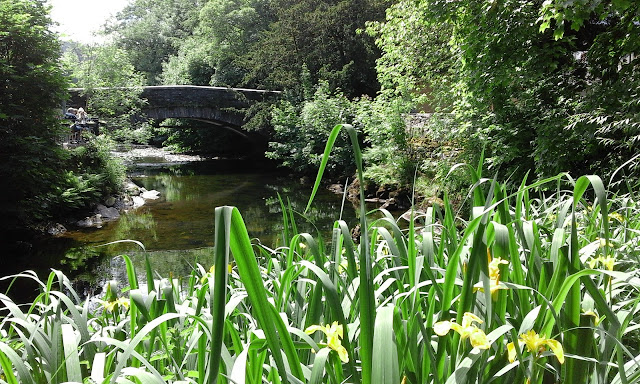 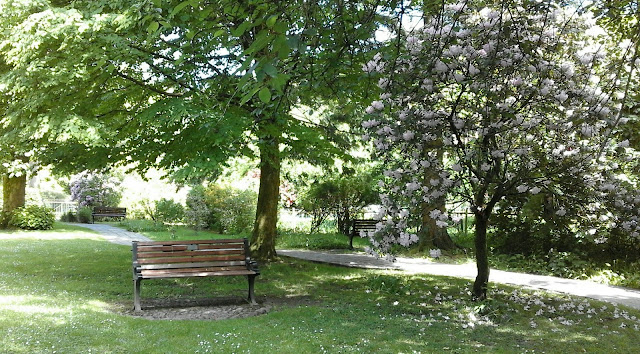 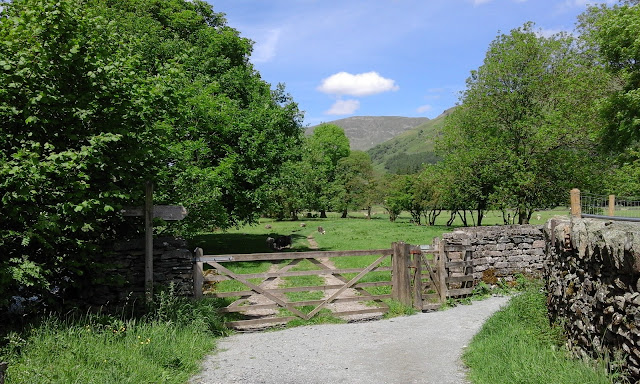 The stony track then led us back alongside Helm Crag towards Grasmere where I was rewarded with a nice cup of coffee and a sit down in the Wordsworth Memorial Garden. A really enjoyable day out.
J. X