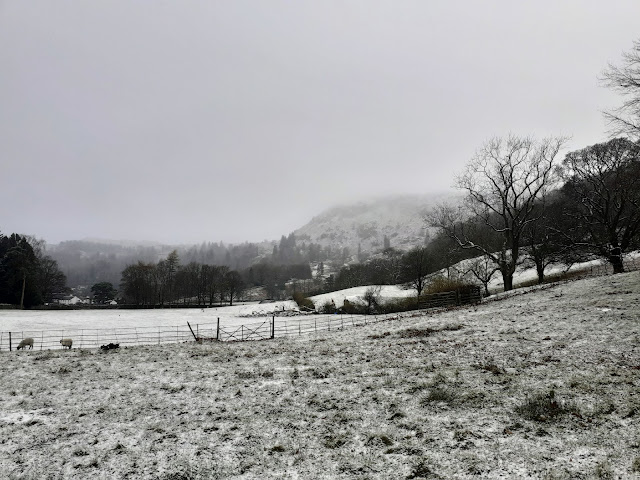 As the weekend's storm subsided, the weather became decidedly chilly and by Sunday morning the sky had turned overcast and heavy, a far cry from the bright sunshine we had been forecast. I was a little disappointed, having already planned a walk for the day but undeterred we set off anyway, determined to get out for some gentle exercise and fresh air. A few flakes of snow hung in the air but I wasn't expecting them to come to much, any hopes of a decent snowfall are often dashed, usually turning to sleet before even a light covering is settled. 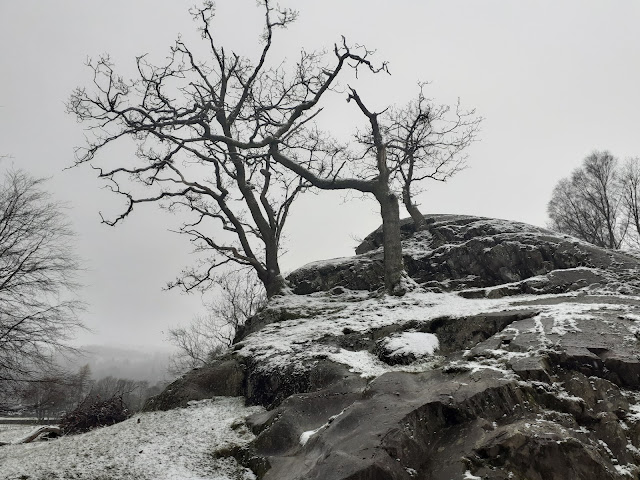 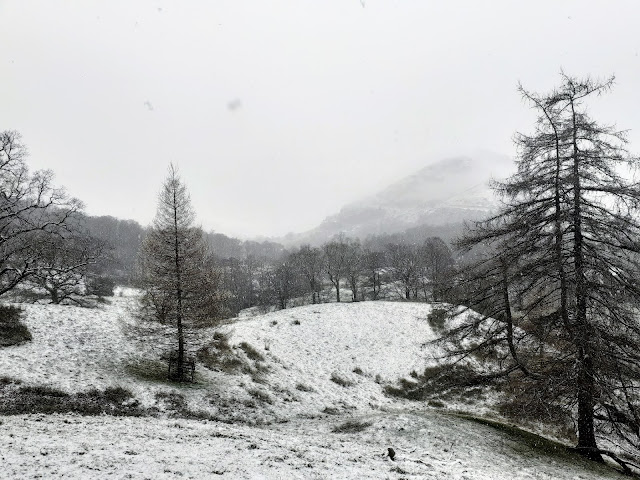 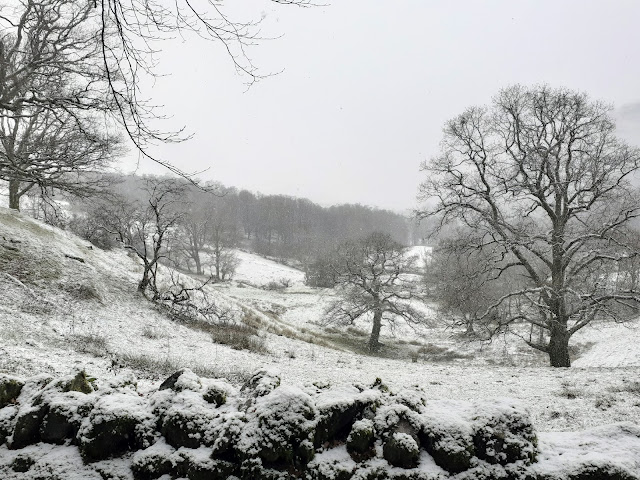 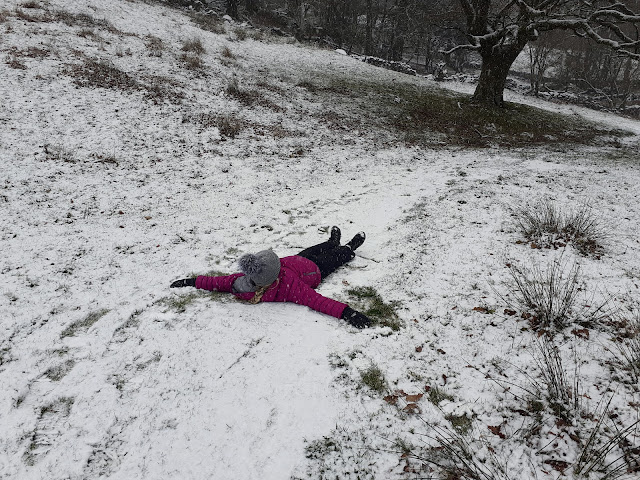 It wasn't long before it became clear that the snow was here to stay and we were certainly not going to be heading up onto the fells any time soon. We couldn't even see them hidden beneath the heavy, low cloud. Never mind, we would take a walk round to the local National Trust property and through the nearby wood. But unfortunately we couldn't manage that either, as it was closed. Instead we walked a little way up the hill and along the lane. The snow was falling far heavier by this time and I was frequently being used as target practice for Lily's snowballs, when she wasn't on the ground making snow angels, that is. Any time I paused to chat with someone, she made sure to gather even bigger handfuls. Her aim is excellent by the way :) 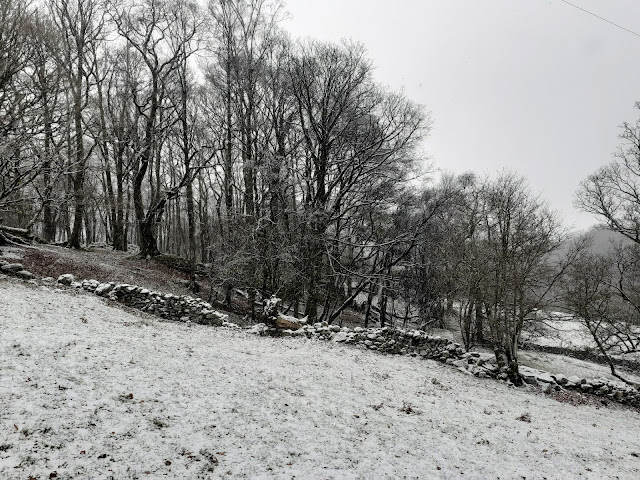 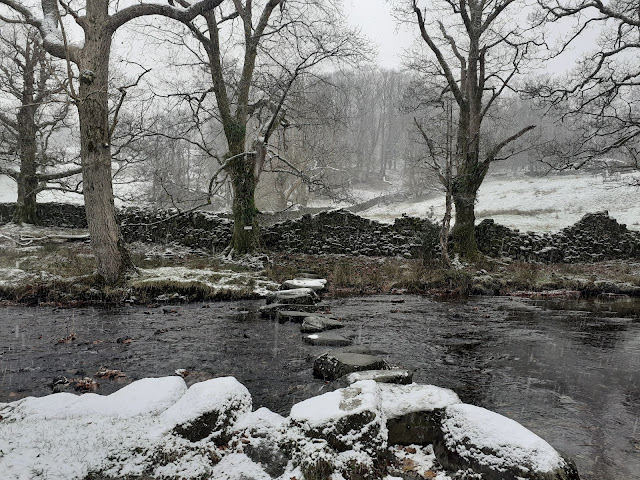 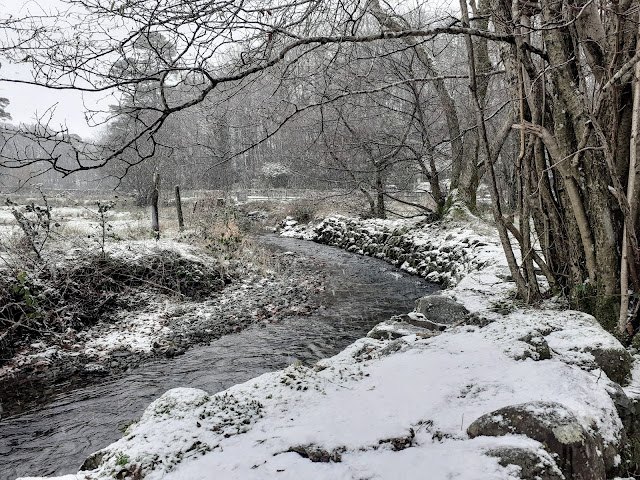 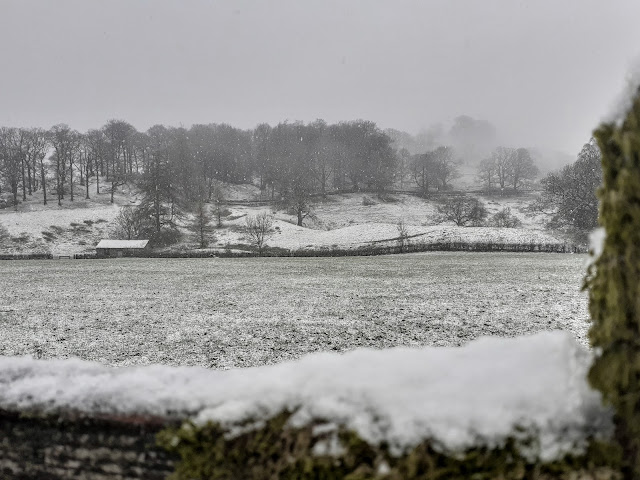 Dropping down through the field we crossed the large stepping stones over the beck, being extra careful not to fall in. I didn't particularly relish the thought of a soaking in the icy cold water. Fortunately, the stones in the middle were flat and dry, it was on the ones closer to the edge where we needed to be especially cautious. It was lovely and peaceful there, not even a sheep to be seen. 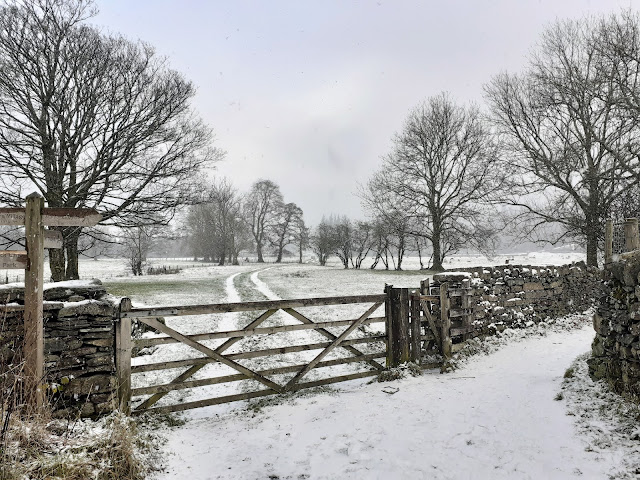 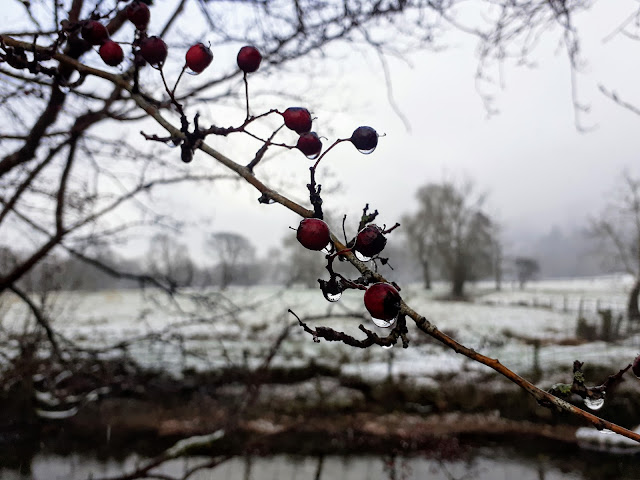 The final stretch of our walk took us alongside the river. The snow was falling much lighter now and the sun was trying it's best to break through the cloud. We gathered branches and pine cones, which had blown from the trees and onto the path. These will be used to make our festive door wreath at some time during the coming week.

It is the beginning of December tomorrow. Last year I posted a little something each day throughout the month. I'm not sure I will have chance to do that this year but I hope to at least post more often than I have recently.