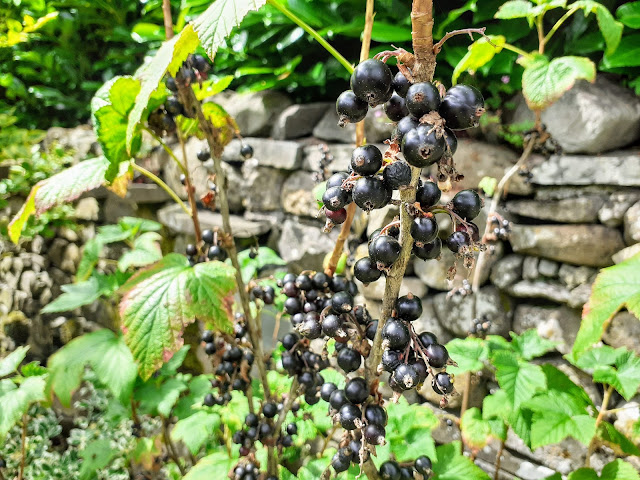 Some time last year, in September I think, we were very kindly gifted what I had been told was a blackcurrant bush. In reality, what we received looked more like a bundle of dead or almost dead sticks with their bare roots neatly contained in a small bag. I had never grown blackcurrants before, so it was rather reluctantly that I agreed for this twiggy stump to be planted at the back of the garden, up against the dry stone wall. Then we would wait to see whether or not they would grow.

For a while they just sort of blended into the background and I didn't really take much notice of them during the winter months, much like the rest of the garden. But as spring arrived, so did some new growth and, as more and more green shoots appeared it became apparent the bush had managed to establish itself. Then later on, as some flowers appeared, I was pleasantly surprised to see that even in it's first season it was going to yield some fruit and, not long after, those green berries began to ripen. I did wonder if we might lose some of our blackcurrants to the many birds that have visited the garden this year but, fortunately, they appeared to have left them well alone, much preferring the generous buffet available to them at the bird feeder instead. 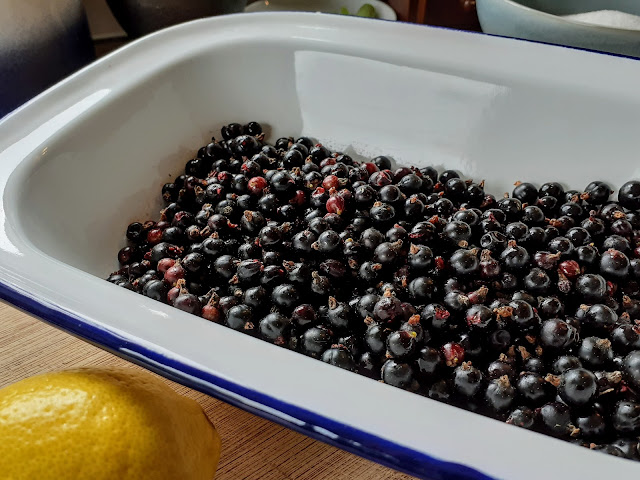 As the bush is still quite small, I was only able to gather just enough fruit to produce two jars of jam, but it was definitely worth my minimal time and effort, as it tastes delicious!

This is the recipe I used and it can easily be adjusted it to the quantity of fruit you may have.

Rinse the blackcurrants and place them in a large pan with 75ml water. Bring to the boil and simmer for around five minutes stirring all the time. At this point I like to squish mine a little using a potato masher, but take care as it is incredibly hot. Add the lemon juice and sugar and bring to a rolling boil for around ten minutes, or until the setting point is reached. Allow to rest for a few minutes then pour into sterilised jars. 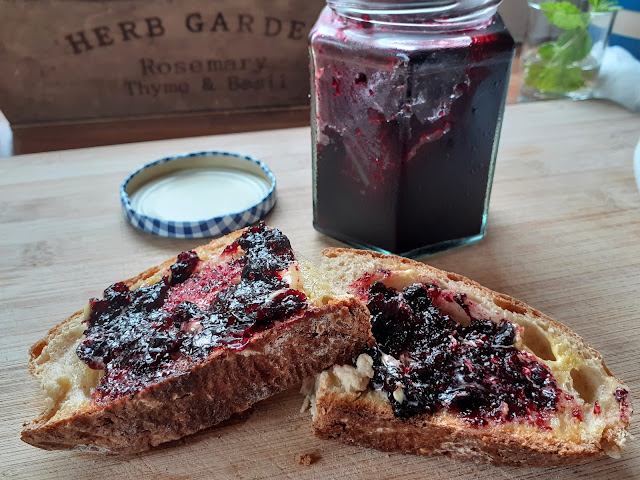 It's so quick and easy to make. I would say most of the work is in preparing the blackcurrants. I even had time to bake some fresh bread to enjoy it with. And I can also confirm that, despite my initial reservations, this little blackcurrant bush has more than earned it's position in the garden.