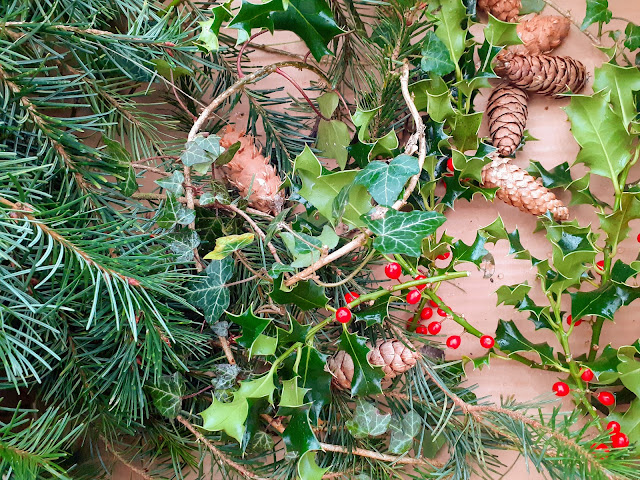 I am very aware my eating habits have left a lot to be desired lately.  Meals have generally been rushed, thrown together and not as healthy as I would like. With this in mind, and with no need to hurry out of the door first thing, I began my day slowly, with a large bowl of delicious warming porridge, complete with a generous dollop of blackberry and elderberry compote stirred through. It was delicious. I really should take the time to make this on weekday mornings as well, as there are still plenty of berries in the freezer.
I spent much of the morning catching up with housework I'd missed during the week. I quickly washed the dishes, which I'm ashamed to say had been left over from the night before, and yet another mountain of ironing was dealt with. In between putting even more loads of laundry in the washing machine, the houseplants were watered and the pine needles swept from the porch. I also completed the thankless task of cleaning the bathrooms.
Mundane chores accomplished, I had set aside the afternoon for making my wreath. I've done this for several years now and I really enjoy the process. You might remember I collected some fallen branches and pine cones a couple of weeks ago, and since then I've been waiting for an opportunity to transform them into something I would be happy to display on the door. I made a quick dash into the garden in the pouring rain to gather some fresh holly and ivy before laying it all out across the living room floor. Yes, it was messy, but I didn't care, it was much too cold to have done this outside, I learned that lesson last year :) 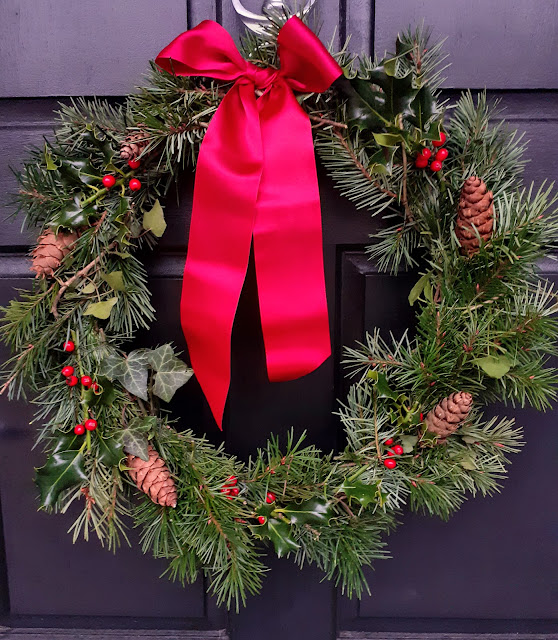 I began by attaching the pine branches to the base hoop using some floristry wire, then wrapped around the ivy, weaving it in and out. The pine cones were added next, leaving the sprigs of Holly until the very last - it is so spikey! The finishing touch was some festive coloured ribbon tied in a bow. As you can see, I've gone for a traditional look this year and I'm quietly pleased with the result. 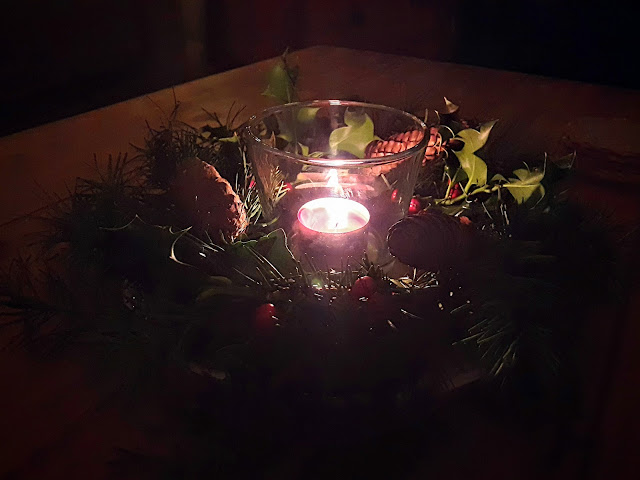 So much, in fact, that I used the leftover branches to create a small table centrepiece. 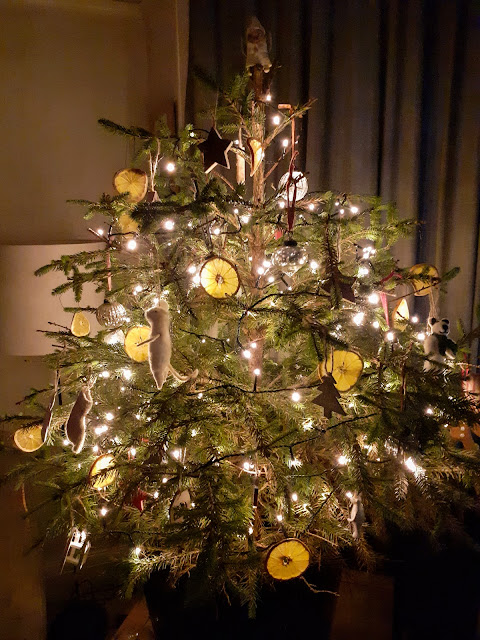 I just realised I never did post a picture of our little tree. So here it is, in all it's perfectly imperfect glory.
J. X
Posted by Jules at 21:20 40 comments: