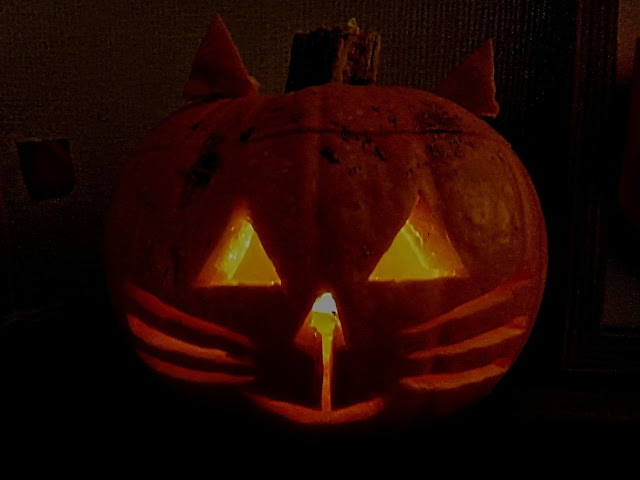 There is no denying that November is my least favourite month of the year. Dark mornings and even darker evenings. Gloomy, wet and windy weather. Bright, blue sky days, where the leaves almost appear to glow in the autumn sunshine have been too few and far between.

Hallowe'en was quiet again this year. We received several callers, slightly older than I had expected, but all of whom were lovely, polite, and had made a lot of effort with their costumes, so they were more than welcome to some treats.

Lately, most of my weekends have been spent close to home. A busy working week means I need to run errands or catch up with housework. Finding that work/life balance has proved difficult since starting back again after the summer. Still, things should hopefully improve as time goes on - she says optimistically :)

Last Saturday, we enjoyed a trip into town. Unusually for us, we travelled by bus, which was surprisingly straightforward, given as for some reason I am absolutely terrible at reading bus time tables. We found some new winter boots for Lily and I managed to pick up a few less exciting bits and pieces for myself, before rewarding our achievements (I don't particularly enjoy shopping) with lunch out. After which I may or may not have also bought some mince pies from a well known high street bakery :)

During the afternoon I  made bonfire toffee and later that evening we lit our sparklers in the garden. Fireworks were thin on the ground here this year. Not that I am complaining. I do love a proper, organised display, but most back garden fireworks can be a little underwhelming to say the least. Fortunately, neither of the cats appeared bothered by the few that had been set off nearby. 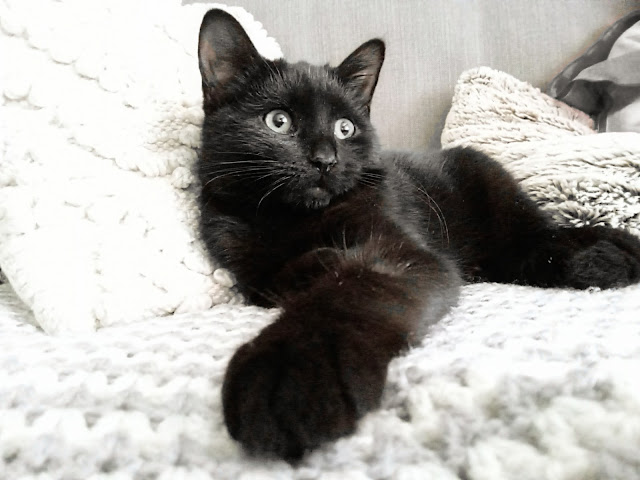 Boo is just under 4 months old, he has the most velvety soft fur, bright green eyes and besides proving to be somewhat of a house plant menace, he has settled in just fine.