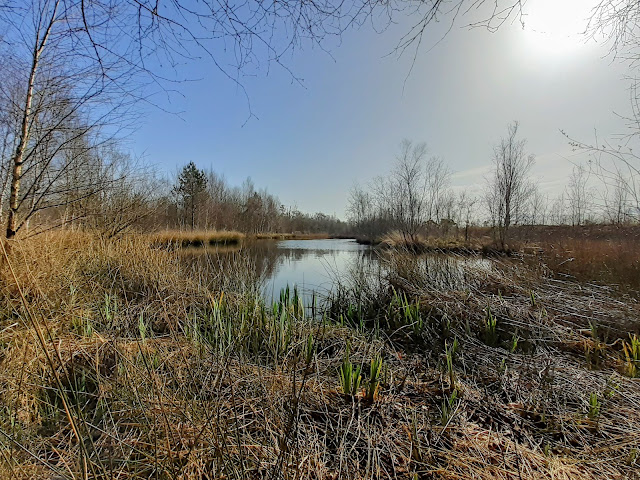 My break lasted a little longer than I intended, but I've enjoyed a lovely few weeks and it's only really now that I've had the chance to catch my breath. The weather has undoubtedly assisted in lifting my mood. Although it's still fairly cold here, the weather is dry and bright - there's not a cloud in the sky this morning - and I'm loving the much lighter evenings.

A lot of the last two weeks has been spent out and about in the Lakes and it has felt incredibly special to be able to enjoy this time while it has been so much quieter up on the fells.

At the beginning of the month we went to a nature reserve which, although not far from here, we had never actually visited before. Unfortunately, some sections were closed off because of the restrictions, but it was lovely to take a walk around and I'm certain we will visit again soon. I've never known so many tadpoles in one place before, and I expect there will be plenty more to see before very long. 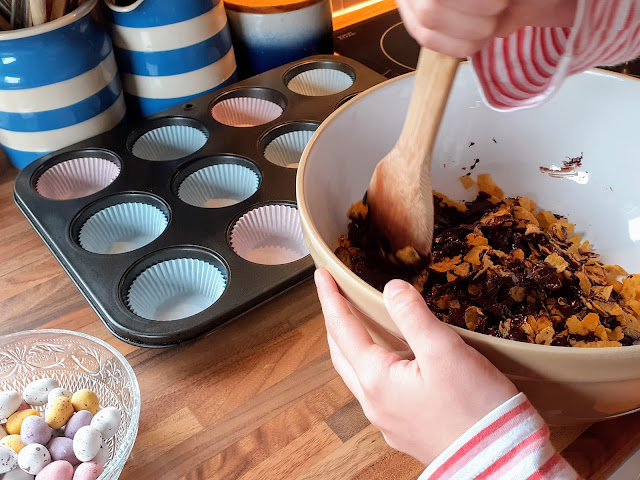 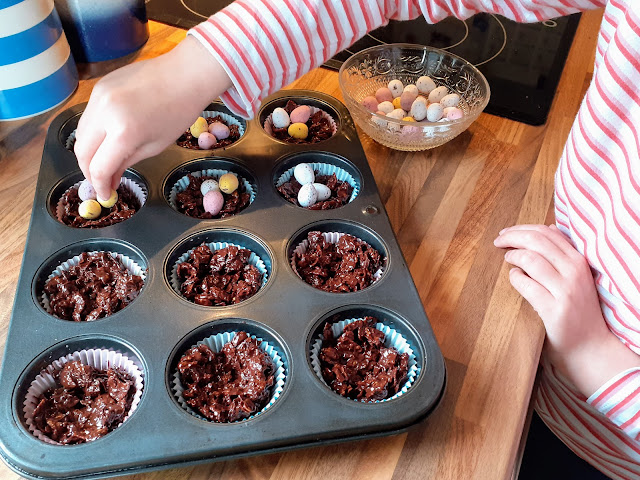 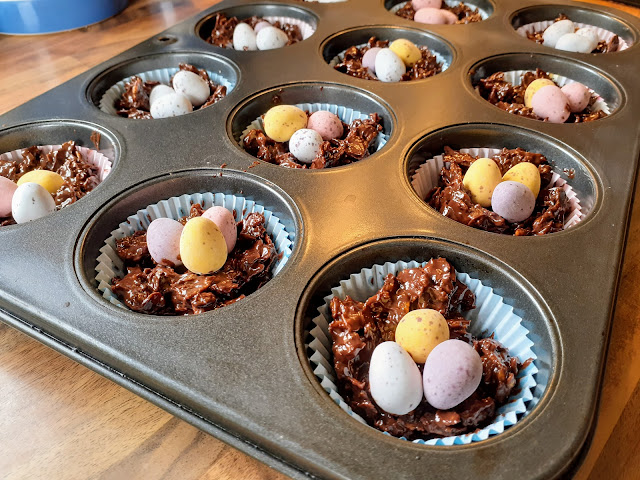 Lily and I made our favourite chocolate egg nests. She doesn't eat cake, so I love that we can embrace this tradition and look forward to it every year. Eating them feels pretty good as well :) 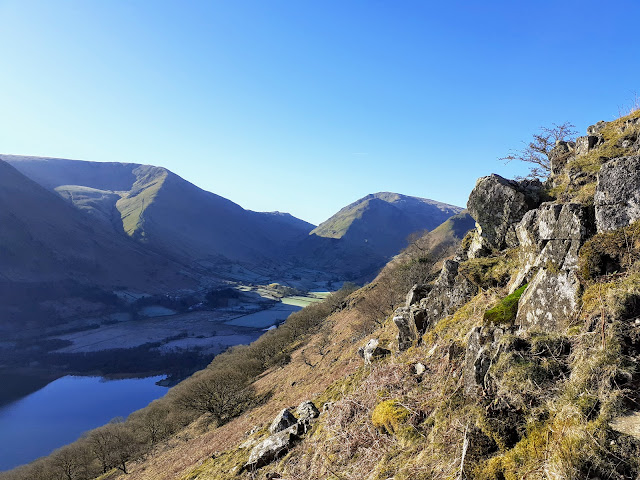 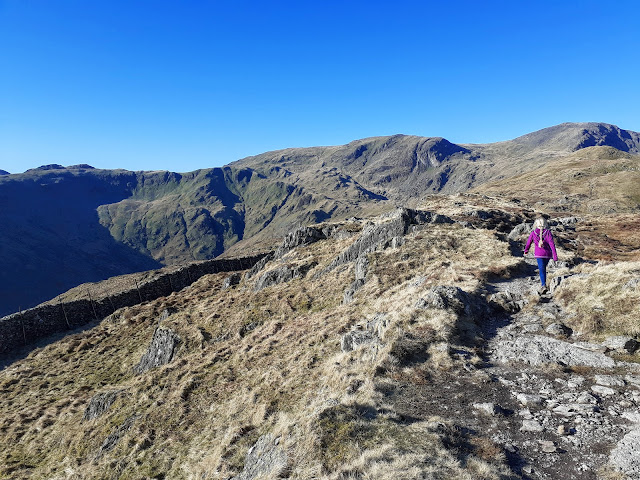 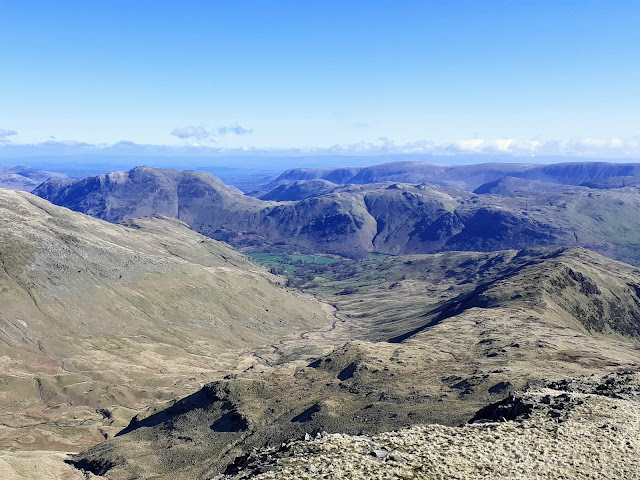 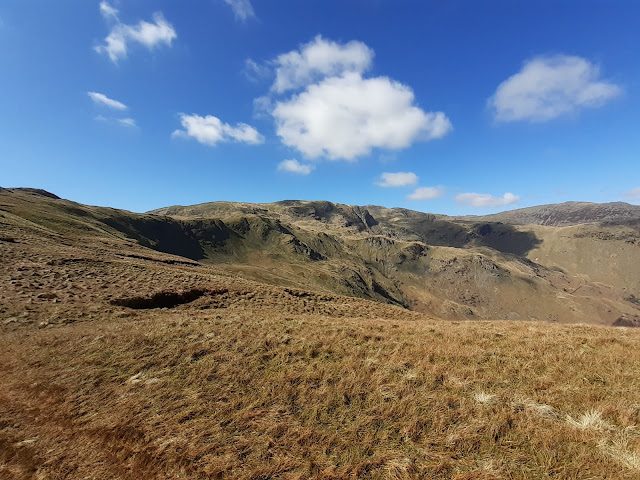 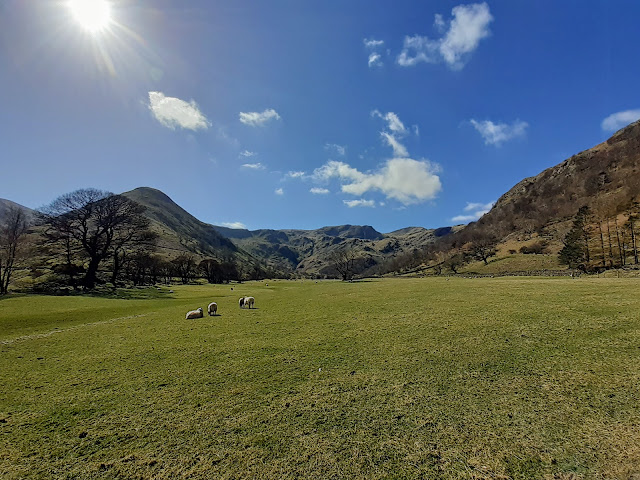 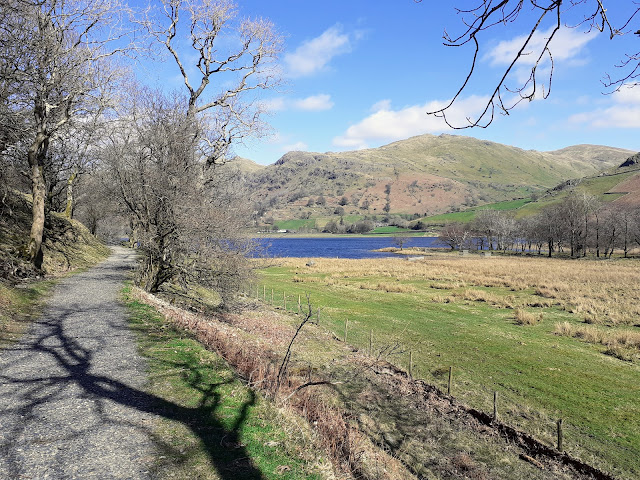 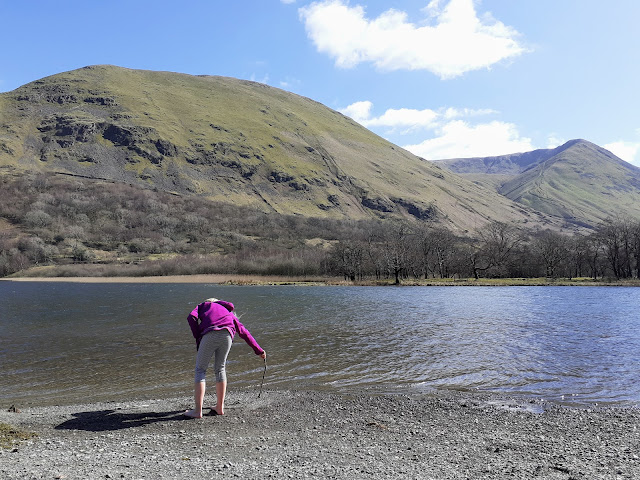 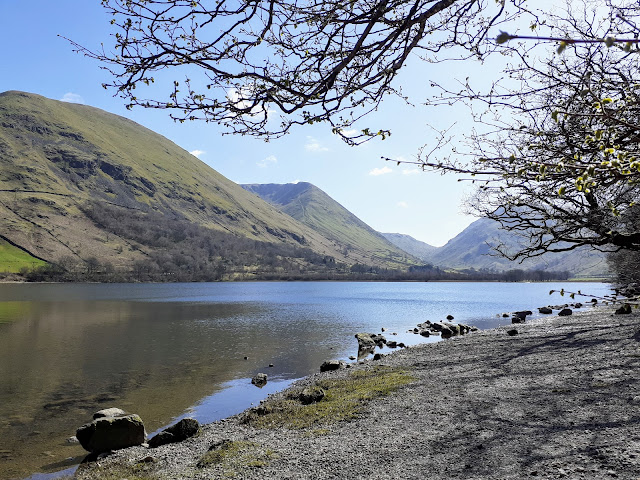 On Good Friday we walked the Dovedale Round which is a horseshoe of five fells which are accessed from the shores of Brothers Water, near Patterdale. It was a beautiful and quiet morning and, while we made our steep ascent, we could hear woodpeckers drumming in the trees nearby. Five summits and seven miles later, of course, Lily insisted on paddling in the lake and we finished eating our lunch in the warm sunshine. 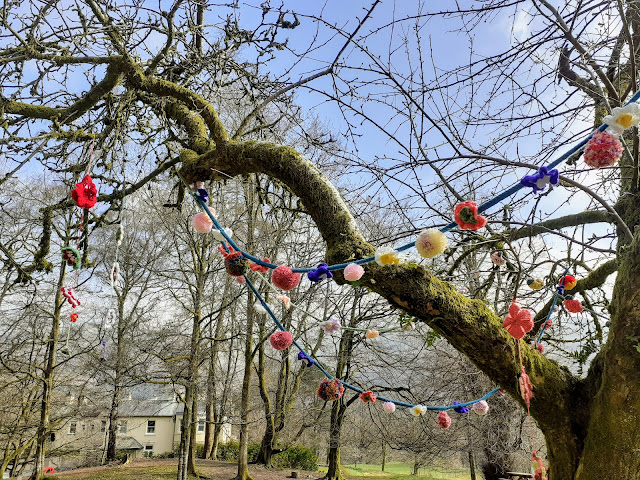 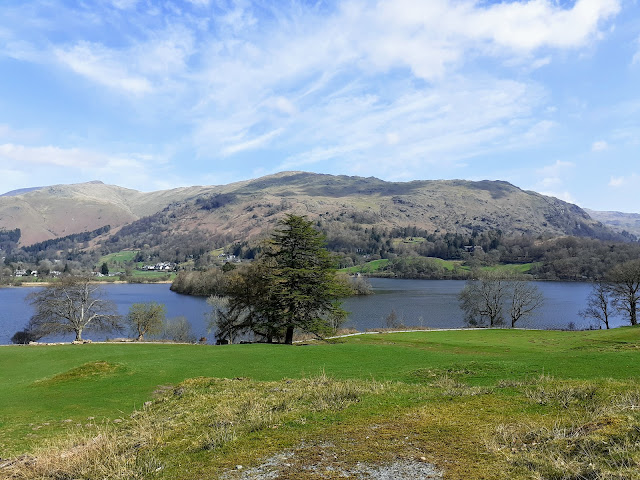 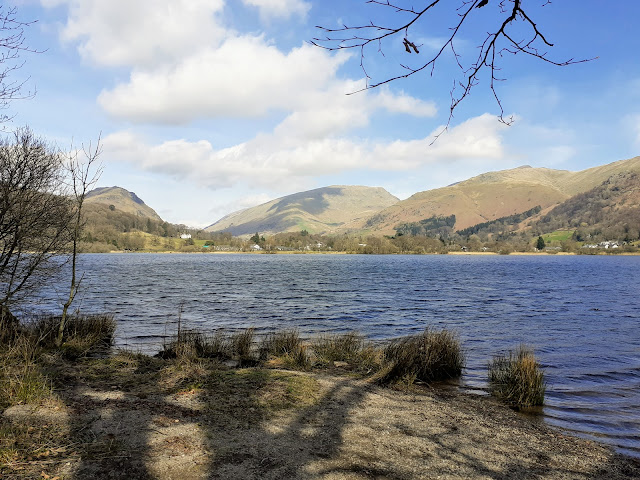 On the Sunday we completed the Easter trail at Allan Bank in Grasmere. Walking through the trees we were lucky enough to catch sight of a woodpecker in the distance and also a young roe deer. Afterwards we had a walk along the path beside the lake and it was nice to see the views of Nab Scar and Heron Pike, which we had walked up in the fog just the week before. 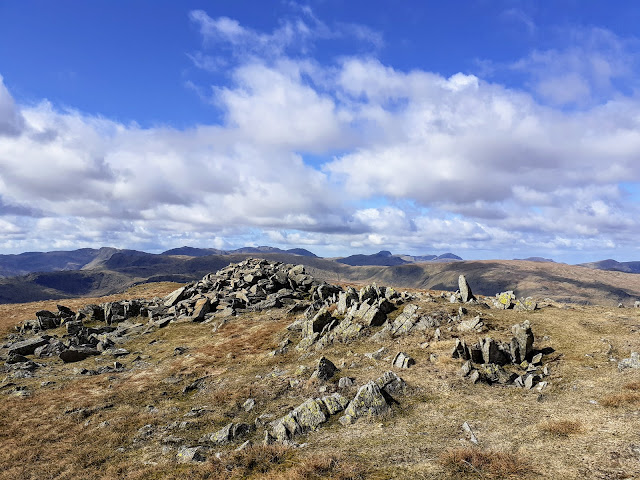 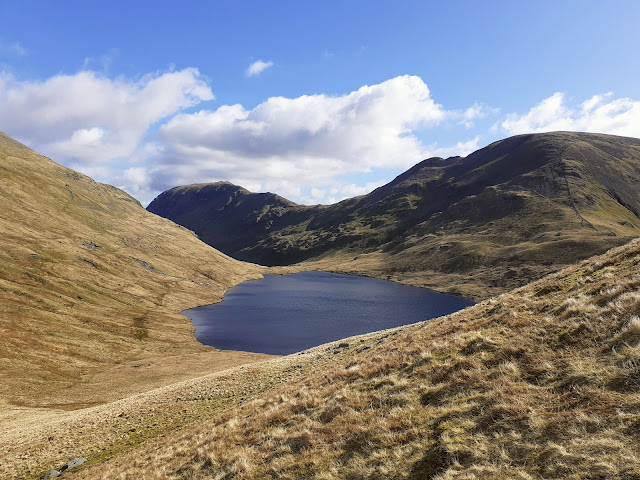 Two days later saw us walking up Seat Sandal. A small fell to the north of Grasmere, which we climbed by hiking steeply by the side of Raise Beck, before bearing right alongside a broken wall to reach the summit. Here we were rewarded with views for miles over the surrounding central fells and east towards Saint Sunday Crag and Grisedale Tarn but it was incredibly windy. We needed to hunker down in the wind shelter to eat our lunch and we didn't sit around for very long, instead we quickly retraced our steps down alongside the beck, watching out for the huge icicles on our way. 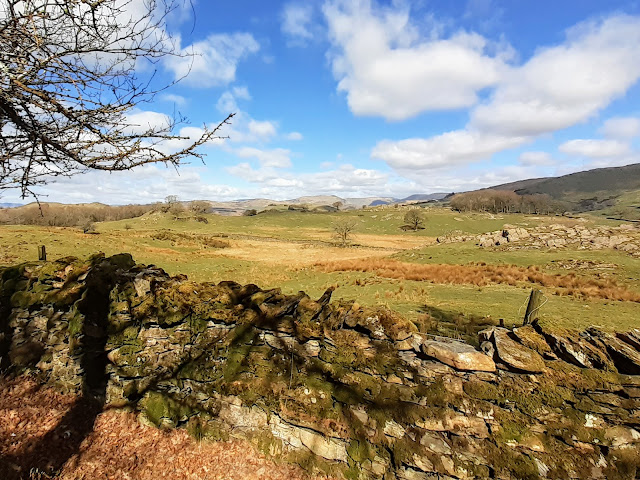 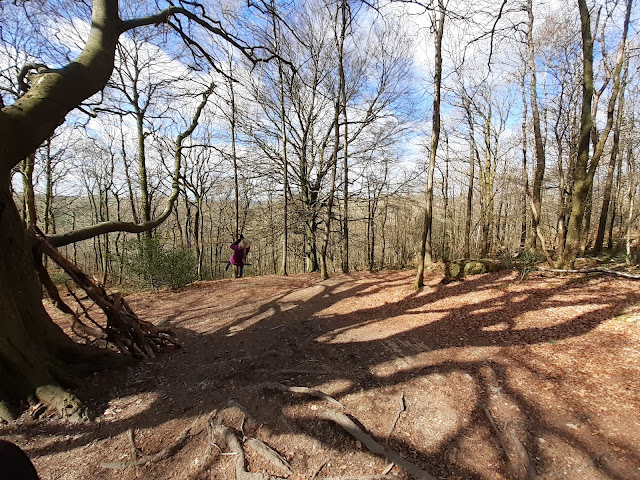 The  following day was a little more restful with a gentle stroll through the woods and some time at the park for Lily, although I may have had a quick turn on the swings :) 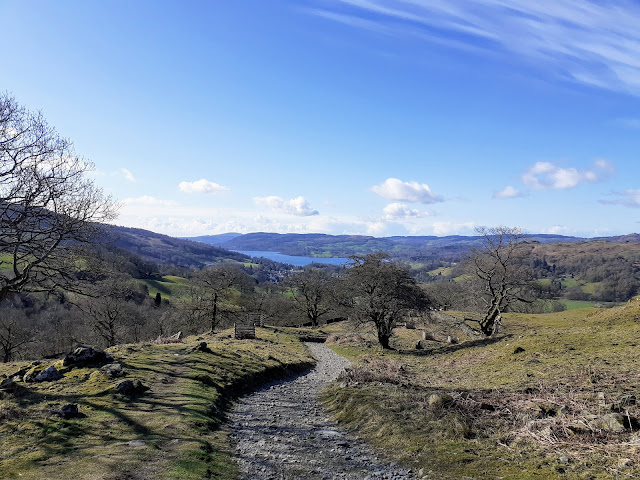 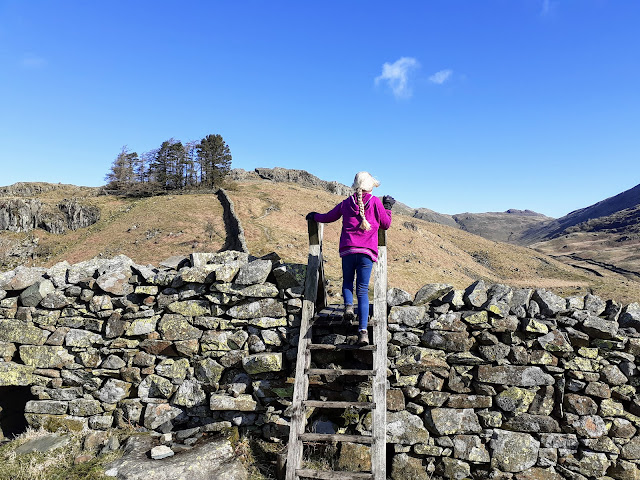 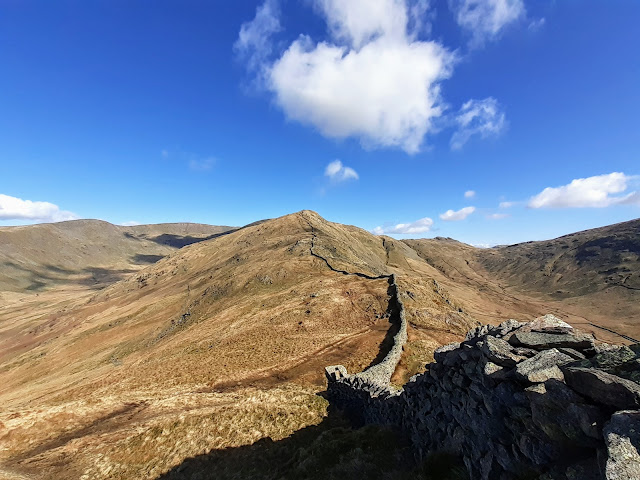 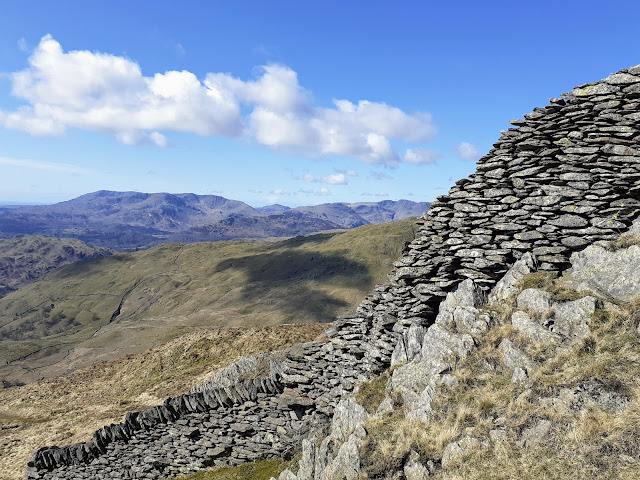 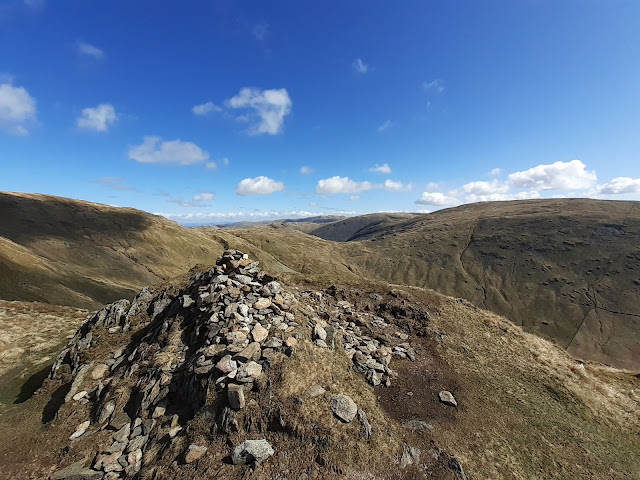 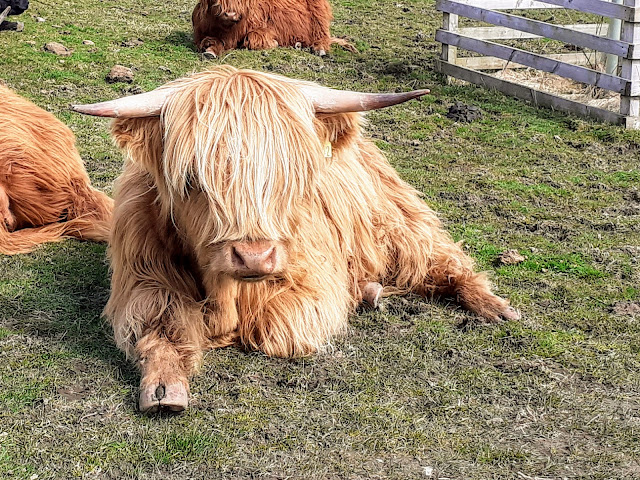 Our final fell walk was on a direct ascent from Ambleside to Low and High Pike. Another gloriously sunny day and, thankfully, much less windy than earlier in the week. We passed a few other walkers this time, which was to be expected with the trail being a section of the very popular Fairfield Horseshoe walk. We also passed what appeared to be some very contented highland cows. 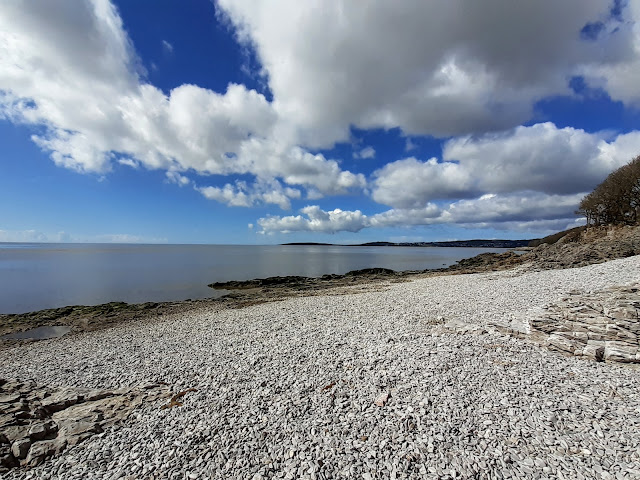 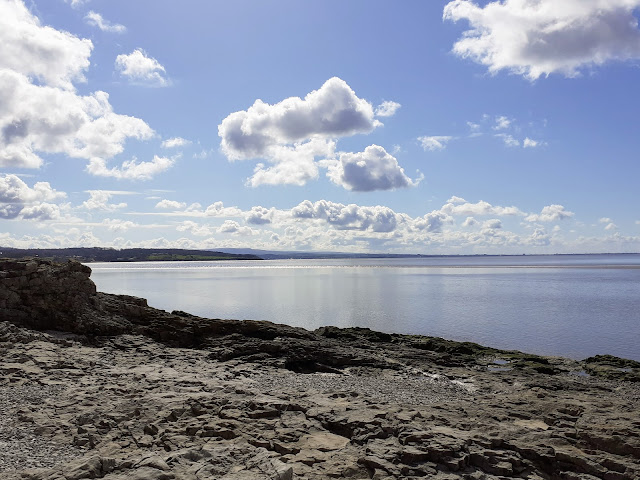 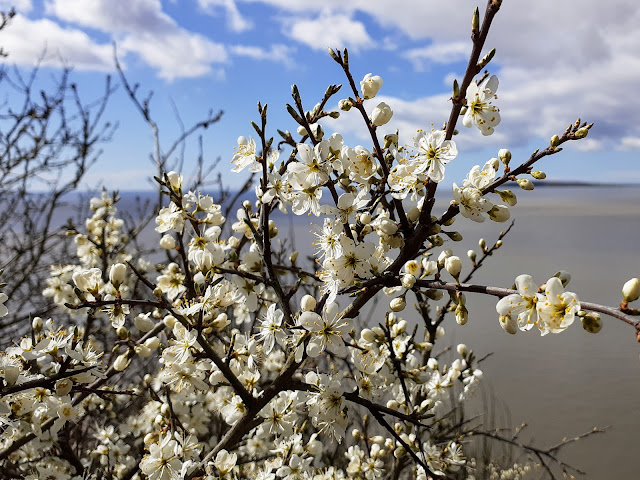 Finally,  at the weekend and desperate for some sea air, we took a walk out through the woods and back along the sea shore. It was beautiful and calm, and it was great to see people out in small boats and kayaks enjoying the great weather conditions. The blackthorn blossom is out in abundance here and it looks lovely against the bright blue of the sky.
This week has seen  me back to work and I'm adjusting to my new hours, which I can tell already are working so much better for me. I've also spent some time having a really good clean and sort out in the house. It's looking a lot better already but there is still so much more that needs to be done.
It's been a wonderful few weeks, and a member of school staff even commented to me that Lily appeared as if she'd been on an actual holiday, so I'm counting it as time spent very well indeed.
J. X