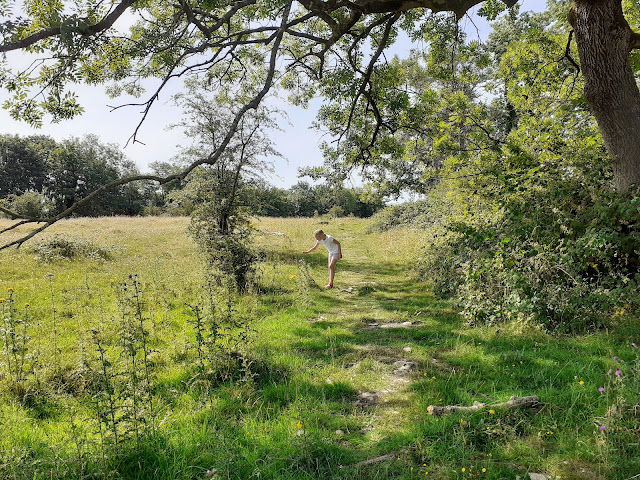 I woke early to another bright sunny morning. Once the laundry was folded and Mog had been fed, not necessarily in that order :) I set about baking some flapjack, leaving it to cool while we went out for a while. After several days of driving around in the hot weather, I decided we should spend the day much closer to home. For this reason, we settled for a gentle walk through some nearby fields and up over a small local fell. It was only a short climb to the top, breathing in sweet summer air, with the long grasses brushing against our legs and the ground beneath our feet appearing dry and scorched from the heat of the sun. 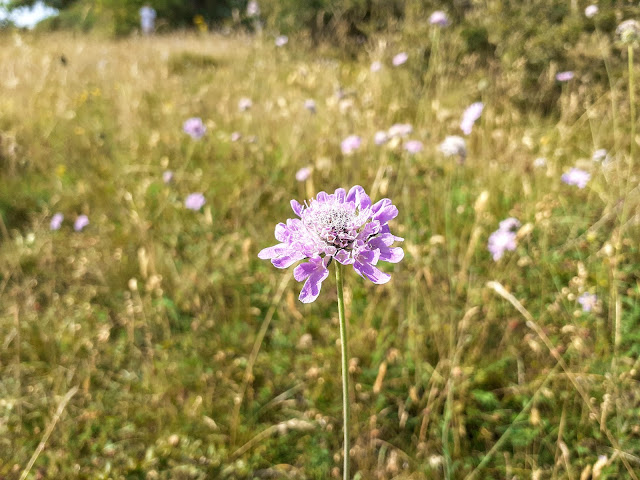 The wildflower meadow is looking beautiful just now and is attracting so many butterflies to the area. I lost count of the Meadow Browns I spotted, although I didn't see any Cinnabar Moth caterpillars which usually adorn the ragwort there. There were, however, plenty of un-ripened blackberries on the bushes, which I will be keeping my eye on over the coming weeks :) 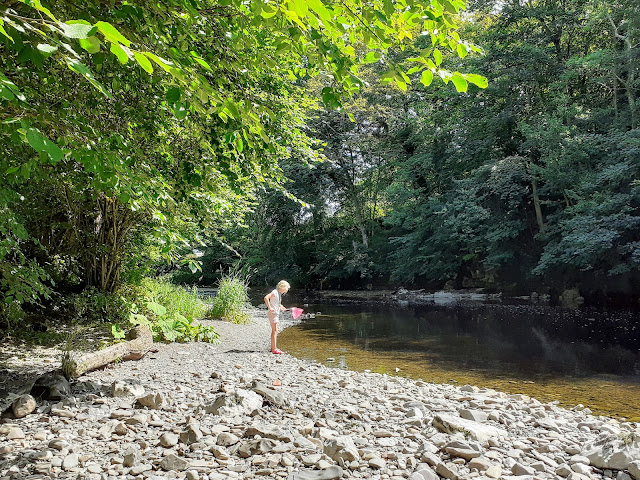 Even though it had just turned ten o'clock, it was already very warm, and so we retreated back down the fell, to the cool shade by the river to fish for minnows. To the side of the road there is a narrow track through the trees which, unless you knew it was there, would be barely noticeable. And at this time of year the river there is low enough for the rocky shore to be used as the perfect secluded spot for a picnic or to simply cool off in the water.
We returned home in time for lunch and spent the rest of the afternoon in the garden. A few more chapters of my book read, and Lily making the most of the paddling pool.
J. X
Posted by Jules at 18:52 20 comments: