On a Cold and Frosty Morning 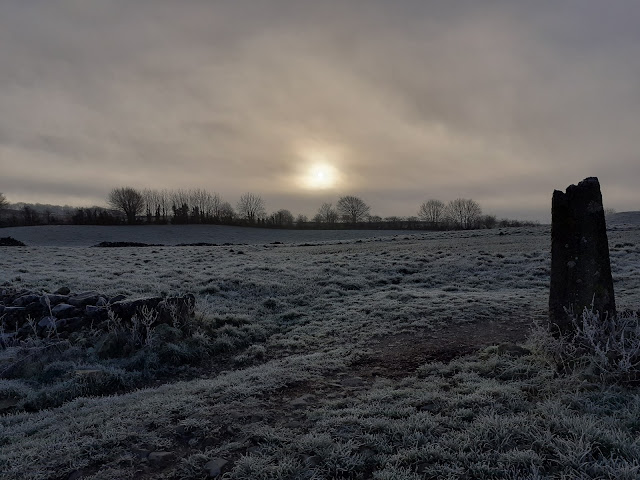 Yesterday, I spent much of the evening resting on the sofa, enjoying a glass of port, this last week of work before the Christmas holidays began had been joyous and exhausting in equal measure. But it wasn't without disappointment, as last night I made the sad decision to cancel our trip to Edinburgh to visit this year's Christmas markets. I must admit, it wasn't an easy decision, as I had been looking forward to it all year, having booked the hotel way back in January when I naively assumed the current situation would have vastly improved - how wrong could I have been! Having deliberated over my decision for some time, once it was reached, I felt relieved. Proof if ever was needed it was the right choice in the end. Never mind, we will still enjoy ourselves, just closer to home. And fingers crossed, we just might get there next year, although I have a feeling things will get worse before they get better. 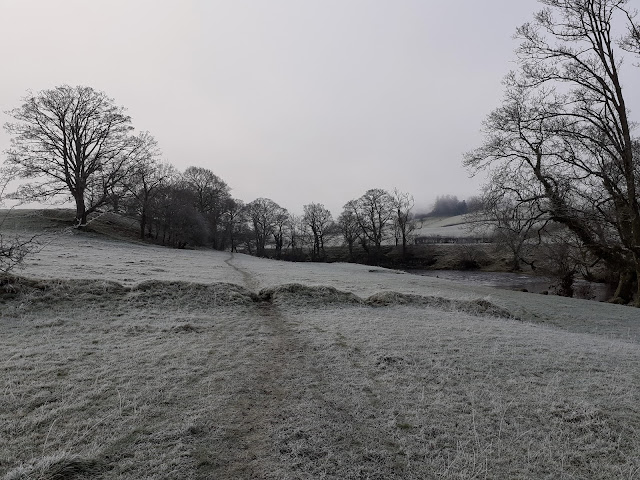 Anyway, this morning dawned unexpectedly bright and frosty, a pleasant surprise. I discovered this as I tiptoed outside at 7am to top up the bird feeder. Two more fat balls into the cage and some clean water replacing the solid block of ice which had formed in the dish. I will need to replenish the bags of seed this week, as it looks as though the chilly weather might be with us for a while. 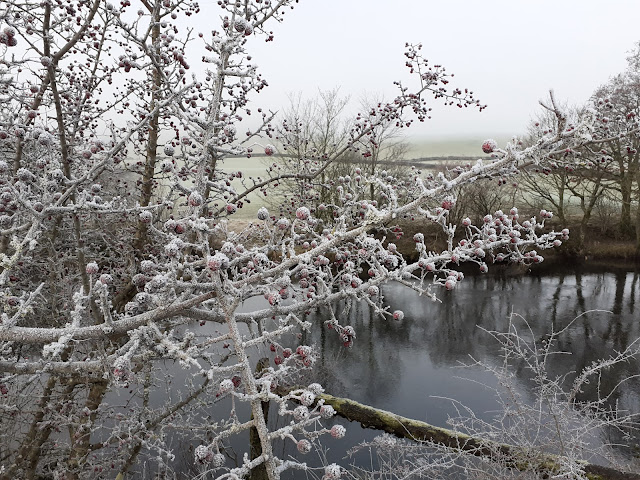 After a warming breakfast of porridge and compote, I took myself off for a walk alongside the river. By this time a low mist had descended over the fields and the sun had all but disappeared. Previously muddy footpaths were frozen beneath my feet and the evidence of recent storms was apparent, as I needed to make a couple of short detours to avoid fallen trees. 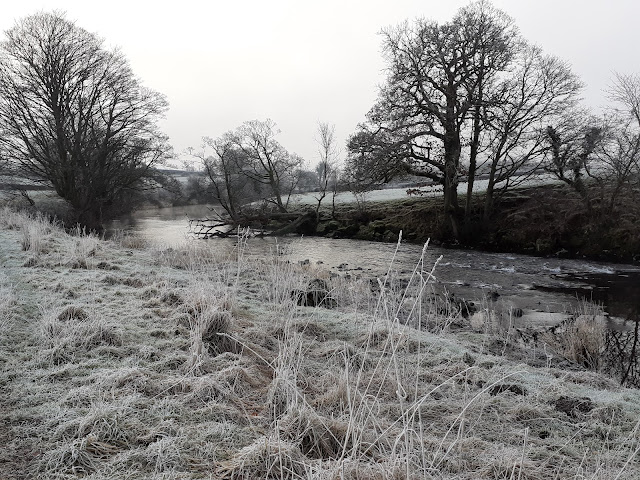 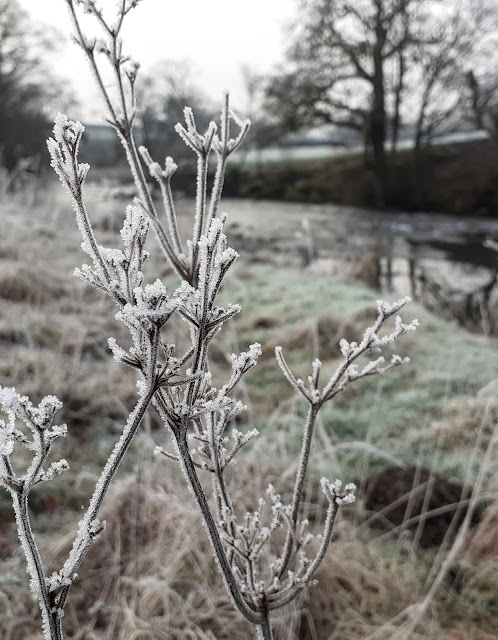 It was so quiet and still there. The river flowed almost silently beside me, the fields stood empty of cattle, now that winter is almost upon us. It felt good. Restorative even. I had spent most of the last week working indoors and, although tired, the lack of any form of exercise  had left me feeling restless and twitchy. 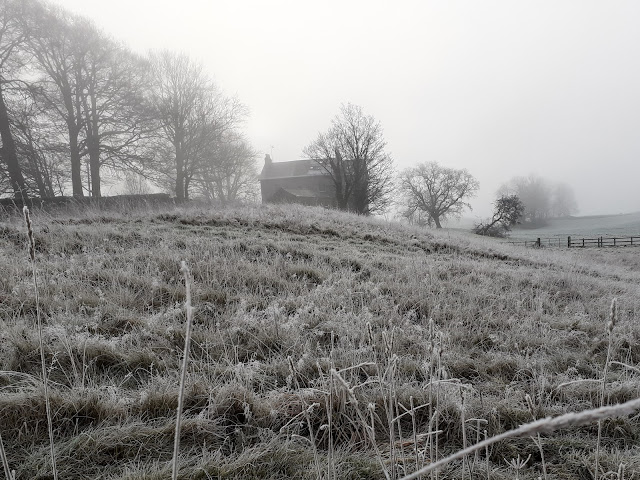 At the halfway point I turned away from the riverside to return along a track which ran closer to the road. A little robin kept me company for a while, jumping from post to post on the fence beside the path. Here, I quickened my pace, as by this time I was ready to return home again. The mist hung low over the fields and even though I was wrapped up well, I was beginning to feel the cold.
I've spent the rest of the day catching up with the housework and I've promised Lily I will put the Christmas duvet covers on tomorrow. Then, who knows, I might finally get around to making those mince pies.
J. X