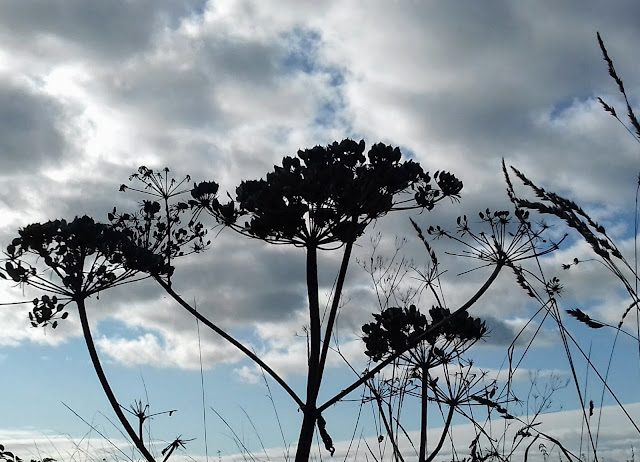 I am relieved to say that, despite my concerns, the first week of autumn term has gone really well. In fact, Lily's first day back was apparently 'amazing!' but with a bit more sitting still and listening expected this year, we'll see how long that lasts :) Even so, it was sweet to see all the children lined up again wearing their shiny new shoes, and I'm sure they're all at least a foot taller than when they finished for the summer. We are, at least, finding our feet now and within the next week or so I'm sure we'll have more of a daily routine established, which will mean I might, hopefully, find the time to get out for a run, as well as opportunity for us to go swimming once a week.
The weather has really changed recently, leaving us in no doubt autumn is fast approaching. At the beginning of the week we were drinking the last of our Elderflower cordial (I thought it had all been used up, but discovered some small bottles hiding at the back of the vegetable drawer) and by the end we were eating apple crumble and custard. The central heating has been on most mornings and my summer footwear has been replaced by my socks and boots again. It's turning windy, the air is damp and leaves are beginning to fall from the trees. 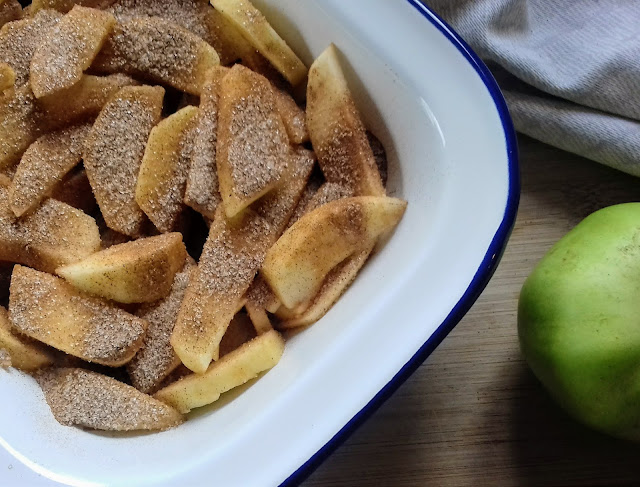 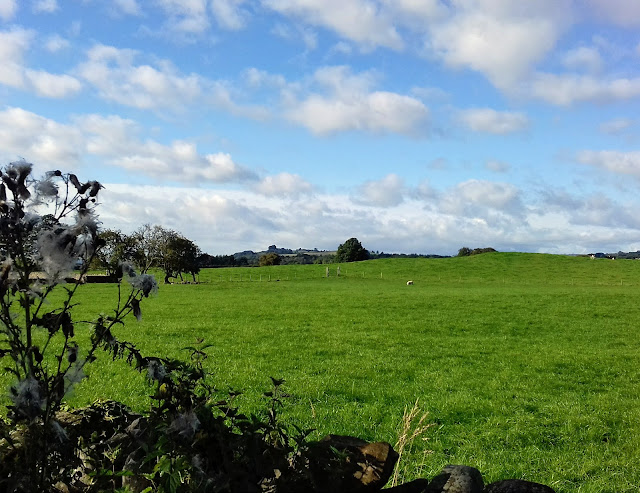 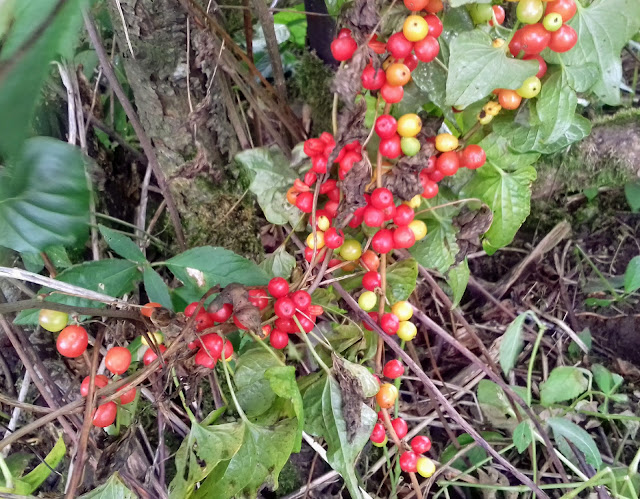 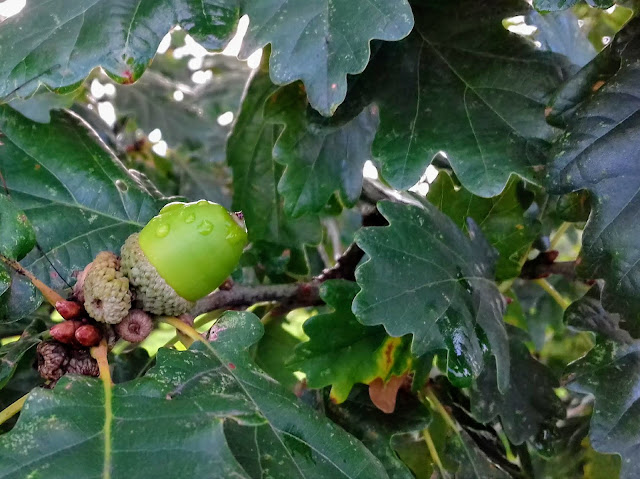 Now that the weather is turning cooler, I've started using my slow cooker again. It's so simple to throw everything in the pot and leave it to cook  gently while we're out for the day. If it's a stew I just need to thicken it, add some dumplings, then serve up with some vegetables in the evening for a hearty, delicious meal. It saves me so much time when I return home, so as well as the usual soups, stews and chilli's, I'm going to hunt out some more recipes I can use it for. Any suggestions are very welcome.
As I was walking through the village one morning last week, I noticed some 'help yourself' apples in a bucket on a wall, which I used to make the apple crumble. I always think it's so kind of people to share in this way, even if they would otherwise go to waste. We don't often eat puddings in this house, but apple crumble always goes down well at this time of year, especially served with custard. I always like to add a sprinkle of cinnamon to mine to give it a real Autumnal flavour.
I'm still using up  the produce from our garden. The onions are mainly being used in sandwich fillings, the beans and beetroot alongside main meals, and the tomatoes are still ripening gradually, some of which were used in last night's tomato, pesto and mozzarella slice and I think the next batch will be made into soup. 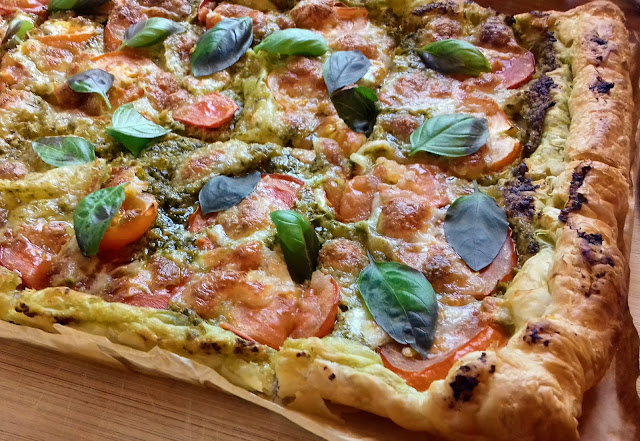 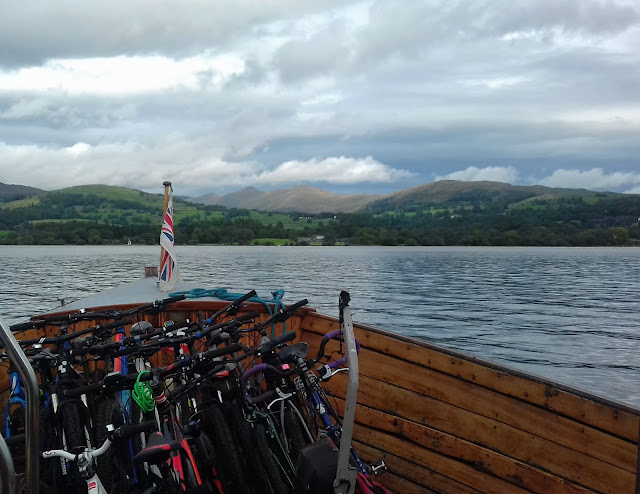 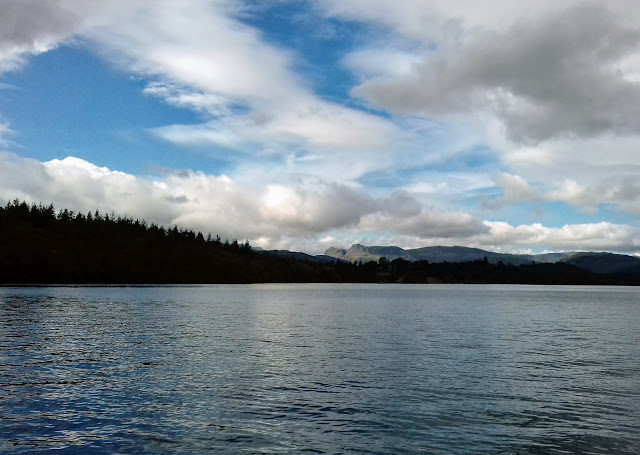 At the weekend we went for a short bike ride. From Brockhole we took a trip across Windermere on the Bike Boat, then followed the shoreline around towards Wray castle, where we stopped for a short break at the café there before returning.  It was such a fun day out. We went as part of a Let's Ride event and met up with a really friendly group of around twenty people, most of whom were small family groups. I really hope we can join in with another event in the future.
J. X
Posted by Jules at 17:58 58 comments: