Cycling by the Sea

Last weekend, with the promise of a 🌞 sunny 🌞 day ahead of us, we planned another bike ride. The main idea being to head somewhere a little quieter this time so there was more chance of me being able to enjoy a slightly more relaxing ride.

It was very chilly early in the morning, I'd hoped it would have been warmer so we didn't have to set off wearing our jackets. I needn't have worried however, as by the time I'd packed up our lunch and  the bikes were loaded into the van, it had soon warmed up and a light fleece top was all that we required.

We set off on our way and the track was quiet, just dog walkers and other cyclists greeted us so I wasn't as worried about  Lily's occasional  lapses in concentration. It was lovely and peaceful and the local wildlife appeared in abundance. We saw so many butterflies, a heron, a squirrel, and even a weasel crossed our path, which was exciting for me as I'd never seen one before.
Approximately four miles into our route we stopped at a bench for our lunch. Is it me or do sandwiches always taste better when they are part of a picnic, even when they are a little squashed? Tummies satisfied, we  briefly enjoyed the sea views and warm salty air before Lily urged us to push on further. I think she enjoys riding her bike. That, and the promise of an ice cream at our destination probably helped. 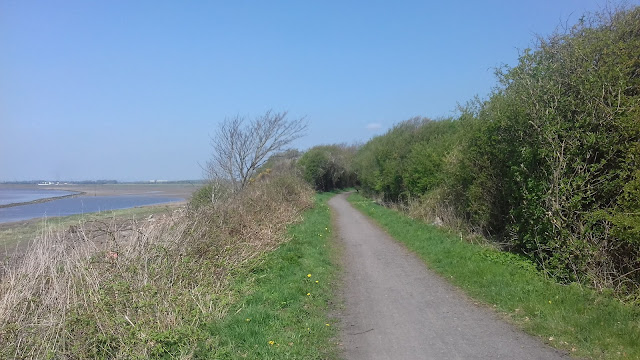 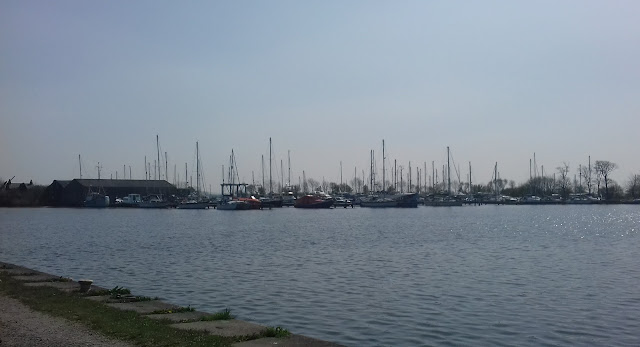 Two miles further down the track and with the chocolate ice cream having been given a few licks (she likes the idea of them rather than the reality) Lily decided she was getting a bit tired and asked to be attached to the back of my bike for the return journey, which considering she had already ridden six miles all by herself was probably a good idea - those little legs had worked hard, although the faster ride back was a lot of fun for her too and the warmth of the sun on our backs felt lovely. Of course, the moment we arrived home, what did she do? She went out on her bike! I was exhausted, so sat down with a mug of tea.

This past week has been busy. Good busy. I have managed to complete some more tidying and my wardrobe has had a good clear out, but there is still a long way to go until I feel on top of things in the house. It is still very much a work in progress, but I am finally seeing a difference which feels very satisfying. 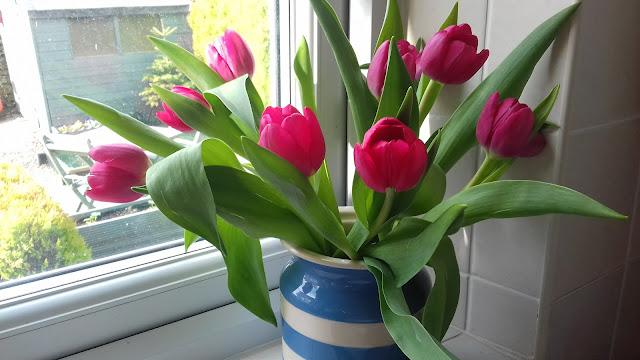 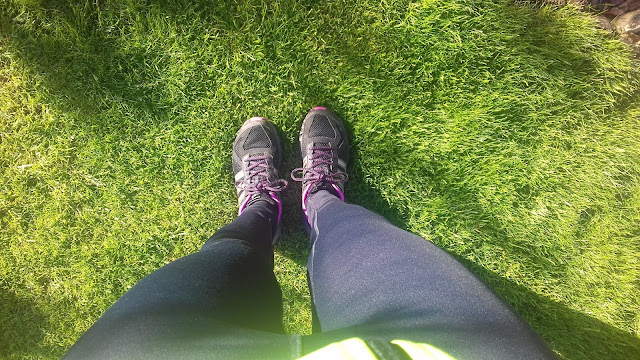 For various reasons this week, time for myself has been limited but I have tried to grab a moment here and there given the opportunity - time to complete a little bit more of my crochet, read another chapter of my book, a treat of some fresh flowers, chance to get out for a run.  I am relieved to be feeling 100% better now and with my 10K run in five weeks time (eek!) I really need to get some more training in and hopefully begin to feel stronger.
J. X