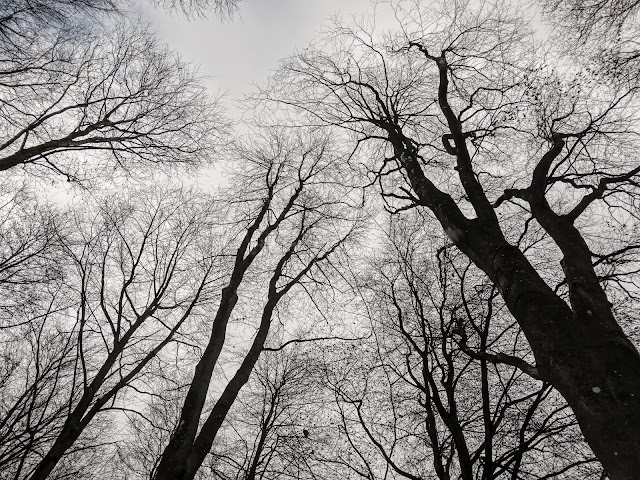 Lily slept much more soundly last night and even though she is still coughing on and off, she insists she's feeling fine. I know better than to disagree, as much like her mother, she doesn't 'do' being ill. Instead, we plough on regardless, until such time as we have to admit defeat. That said, the advent chocolates disappear rapidly each morning, and she does appear to be quite unaffected by this virus, and so for that I am very grateful.

The weather today has been typical of this time of year. Even when the sun shone, the sky looked colourless and grey. The air felt damp and cold, and even our favourite walk failed to lift the spirits as much as we would have liked. A walk I insisted would do us some good, as I always advocate fresh air to blow away any residual germs, and so far it seems to have worked. We wrapped up well against the chill of the afternoon. Hats and gloves are needed most days now, a sure sign that winter will soon be here.

I've been though all my gifts and checked some items off my lists, and I am happy to say that I have less remaining to do than I had initially thought. Although I am slightly regretting my fanciful notion of making my own Christmas Crackers this year. In my defence, this was back at the end of the summer, before I realised I would be working such long hours. Oh well, I could always just buy some instead.